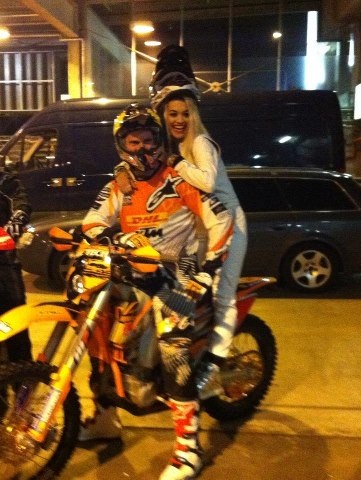 The Isle of Man resident, who recently announced he’ll be switching to Honda next year and running his own team, was taking part in a Red Bull event called Culture Clash and was the envy of every man in the room as he took Rita Ora for a ride…

Rita Ora had three back-to-back number one singles in the UK chart and was said to be delighted to get on the back of Knighter, though he promised not to pull a one-handed wheelie he threatened on Twitter earlier on!

Thanks to Knighter for the picture.