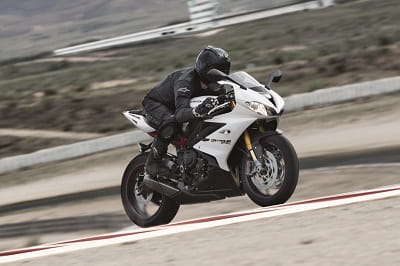 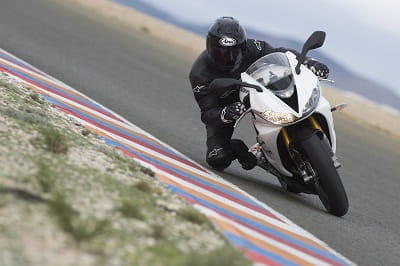 We did think Triumph might freshen up the Daytona 675 a bit. After all, it's been around since 2007 and was last revised four years ago, but the supersport class has collapsed in that time, few manufacturers are investing much in it anymore and the Daytona has always been one of the top contenders anyway.

Triumph thinks differently, as the 2013 Daytona is an all new bike. That's everything including frame, suspension, engine, bodywork and most of the detailing too, which adds up to a big investment and plenty of confidence too.

The engine is still 675cc and three cylinders of course but the bore is wider and the stroke shorter so it can rev higher, with a 3bhp power boost and additional 500rpm to the red line. The main focus though has been on improving low and midrange torque.

The aim with the chassis has been to centralise the mass, hence the underbelly exhaust instead of the old underseat one, and doing that has allowed the use of a lighter aluminium rear subframe.

It's different from the moment you swing a leg over. The cockpit infill is carbon and looks fabulous and the detailing everywhere is improved. Then the distinctive triple's sound is stronger and snarlier than ever, and you get it from lower revs too. The riding position is a little more upright, which will make it easier on the road, but it's still very much a sports bike's forward lean, while the engine drives significantly harder, especially out of corners.

Braking is just sublime, especially as stability has improved and the slipper clutch works a treat as well, while the agility will take your breath away.

The 675R was so good it won major comparison tests like the international Masterbikes even against the latest superbikes. The new one is even better, and by a good margin. 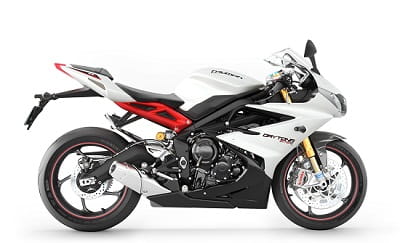