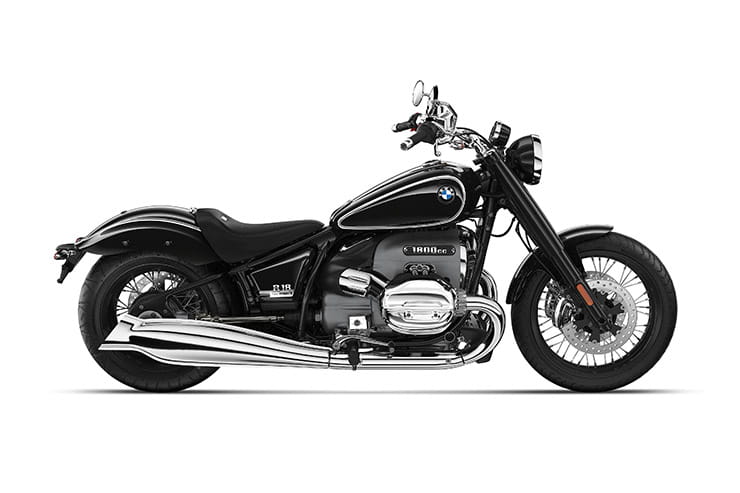 What are the best motorcycle and kit deals and discounts available right now?

In the first of our regular weekly guides to current biking offers and bargains we’ve been scouring the marketplace – so you don’t have to!

Here are seven of the best, in no particular order:

BMW’s all new-for-2021 R18 cruiser has undoubtedly been one of the bikes of 2021 and is now starting to spin off a whole family of Harley-rivalling machines including the Road King alike Classic, bagger, Street Glide style R1800B and the Ultra Classic full-dresser aping Transcontinental. But arguably the most special of all is the pared-down, but blinged up, limited edition ‘First Edition’ which arrived first and which you can now have with a £2000 deposit contribution (half from BMW and half from dealers Bowkers) if you buy it on a PCP deal. 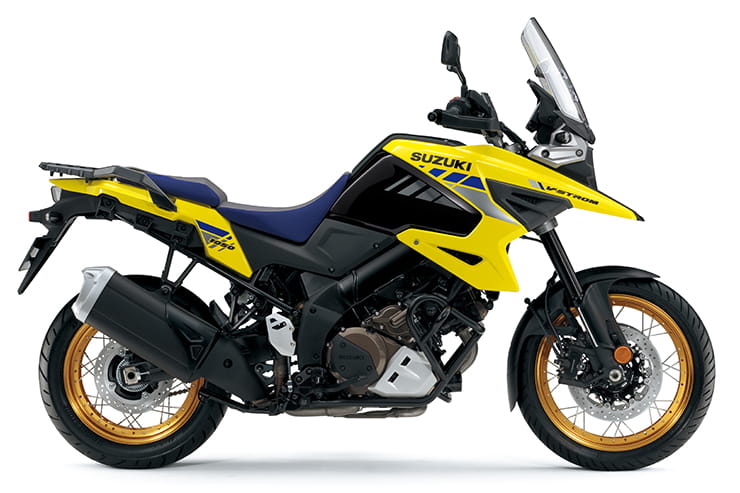 Suzuki’s updated, re-styled 1050 V-Strom is one of the unsung heroes of the adventure bike class, simply for being such a great all-rounder at a sub £10K price. While the up-specced XT version, with off-road style wire wheels, extra electronics, bash plate, hand guards, main stand and more is even more tempting for just £1850 more. So how about getting the XT version at the base bike’s price? That’s exactly what dealer Arnold’s are offering as part of its birthday special offers. 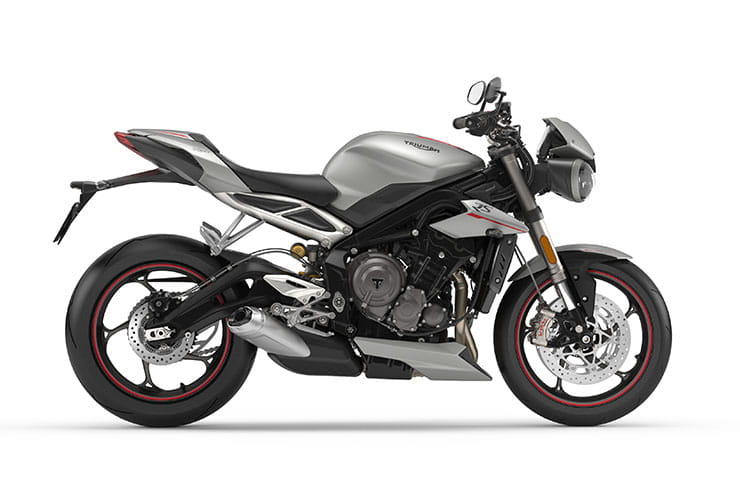 That’s right, you can now get Triumph’s brilliant, top spec RS version of the British brand’s class-leading middleweight super naked – which is simply one of the best bikes on the road – for less than the price of a far more basic Yamaha MT-09. Yes, there is a catch. It’s at Laguna Triumph in Ashford, Kent, there’s one only being offered, in matt grey and it’s a pre-reg, 2019 model, but still ‘brand new’ and zero miles, and at this price, saving a full £1505, who’s complaining? 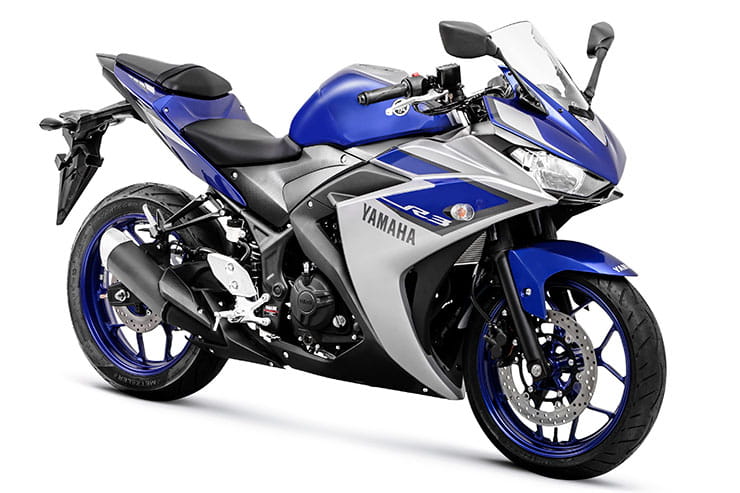 Another brilliant cut price deal – but this time on a less obvious bike. Yamaha’s R3 is an excellent A2 class sportster that you rarely see discounted but Wigan Yamaha are doing exactly that, slicing over £800 off its new price. Yes, there’s a slight catch again – this time it’s a one-off deal on an ‘old stock’ 2017 model, but if you’re in the market for an R3 money’s likely to be tight and this, with a price of £4495 against the usual £5299, is a very tempting saving. 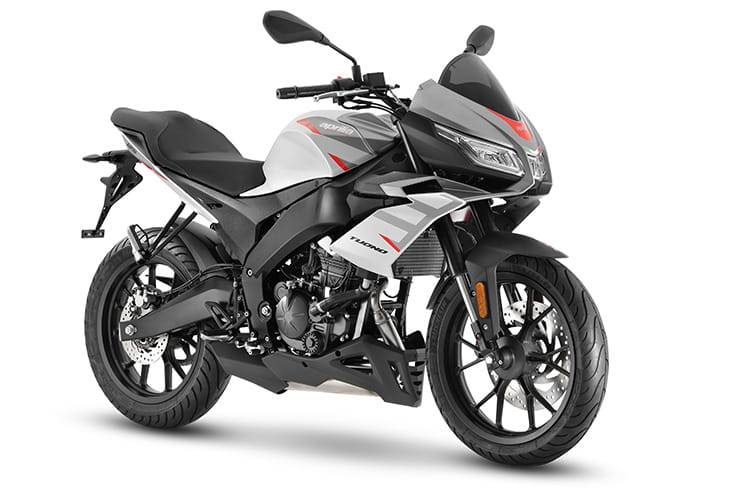 When you’re buying a new 125 for the first time it’s a big deal, you’re probably buying on PCP finance and you’ll certainly appreciate any financial help you can get. Which is why Aprilia’s current 0% PCP finance deals, which applies to all its 125cc models including the excellent Tuono and fabulous RS 125, and runs right up to December 31, might be just the deal that makes your dream purchase possible. 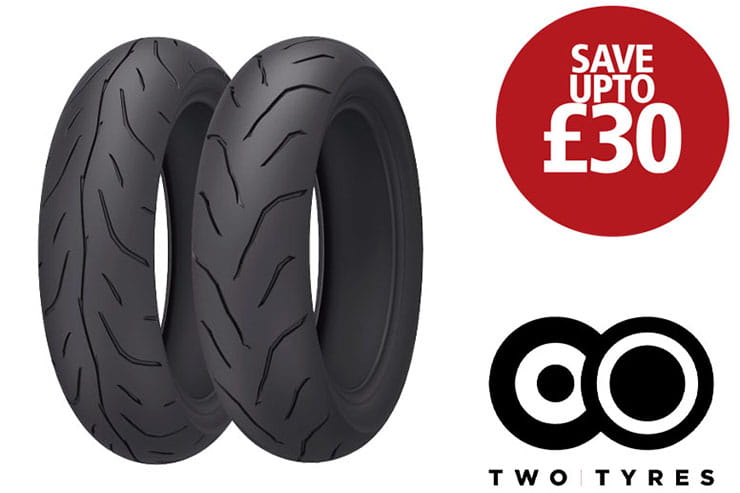 Thanks to our BikeSocial rewards scheme, BikeSocial members can now save up to £30 off a pair of Kenda K711 tyres bought through Two Tyres, which are perfect for bikes like Yamaha’s excellent MT125 and similar.

Approved by all the major motorcycle tyre manufacturers, Two Tyres offers free impartial advice, whether you’re trail riding your R1200GS, commuting on an MT-07 or taking to the track on your superbike. You can be completely confident in their ability to guide you towards the most appropriate rubber for your needs. They offer a fast fit service at their fully equipped London motorcycle workshop, and they hold over 300 tyres in stock. 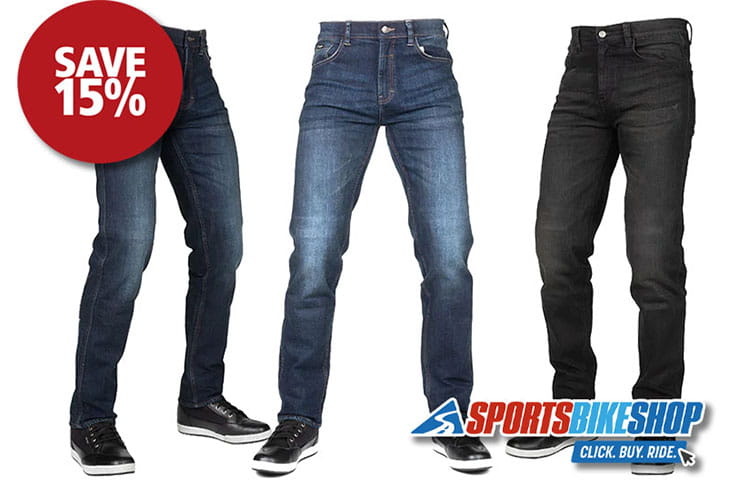 Thanks to our new BikeSocial Shop powered by our partners Sportsbikeshop we are delighted to present you with this exclusive BikeSocial Member offer.

BikeSocial Members can save an additional 15% off any pair of Bull-it jeans – including those already on offer or discounted. And with 10,000 pairs in stock covering both men’s and women’s fitments in a multitude of colours, styles and designs – and prices starting at less than £60 – it’s almost inconceivable that you won’t be able to find something that’s perfect for you.

Bull-it was established in 2010 and were the first to make a pair of motorcycle jeans that passed CE Level 2, then the highest safety standard for motorcycle clothing. Bull-it work hand-in-hand with Covec to create high-performance abrasion-resistant materials designed specifically for use in protective motorcycle clothing, and now offer a full CE certified range under the current EN17092 standard.

Sportsbikeshop offers free UK delivery on all purchases over £25, plus a free 365-day returns period that allows you to ensure you’re happy with your purchase. With the biggest choice of kit, the most stock, the best prices and unparalleled customer service, Sportsbikehop is the UK’s number one motorcycle clothing and accessory destination – and now, with a further 15% off any pair of Bull-it Covec jeans, BikeSocial Members are getting even better value.

Last week's deals, in case you missed them 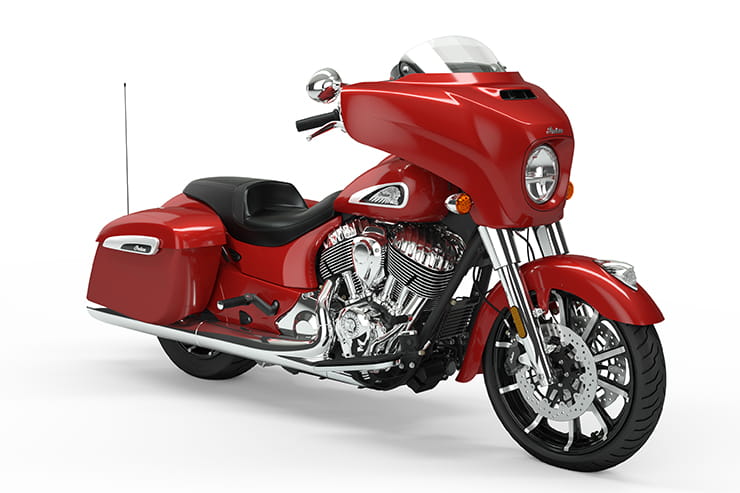 Indian’s Chieftain Limited is a whopping bike – and this offer from dealers Thunder Road gives a whopping saving on it. The Chieftain is US Harley-rival Indian’s take on the popular ‘bagger’ and arguably out-does the Hog with its big, 100bhp, 1811cc ‘Thunderstroke’ V-twin engine, decent handling, built-in panniers, slick ‘infotainment’ system and more. This offer applies to just one bike, a red, old stock 2019 model, but as that was the last time the Chieftain received a major update, going to different wheels and more, who’s counting? Especially as this offer gives a saving of a massive £3446 taking its price down from £24,445 to just £20,999. 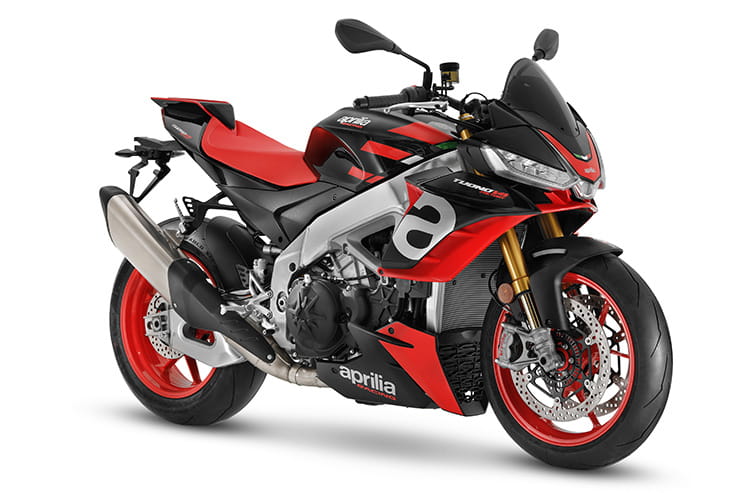 The Aprilia Tuono V4 has long been ranked as one of the best super nakeds of all, the 2021 version, with tweaks for Euro5, new bodywork and swingarm, has once again been voted best super naked and the Factory version, with semi-active Ohlins suspension is about as sophisticated and speedy as road bikes get – so you wouldn’t expect much discounting going on. Leading dealers OnYerBike in Aylesbury, however, are currently doing exactly that on brand new 2021 examples and it’s no trivial amount, either. They’re currently offering a full £1601 off the Factory, taking its price down from a pretty heady £18,100 to a far more tempting £16,499. They’re also offering a full £2001 off the superbike version, the 2021 RSV4 Factory. 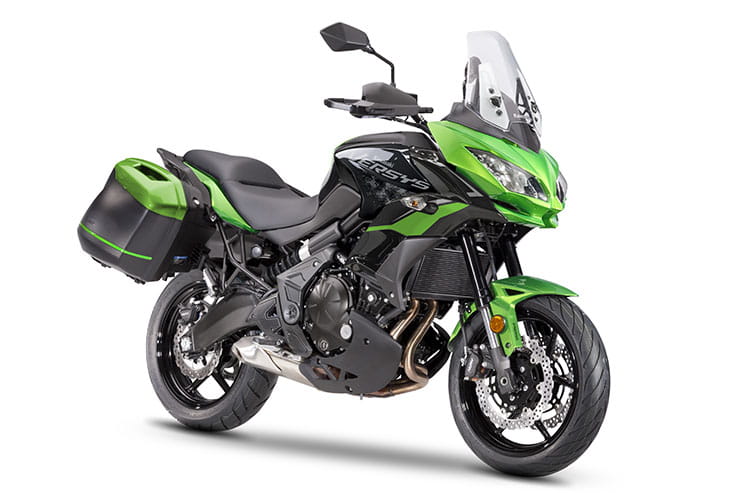 Kawasaki’s brilliant Versys 650 is so versatile and affordable you wouldn’t think further sales inducements were necessary. Its 68bhp parallel twin motor is practical yet perky; it’s decent handling; it’s roomy and well-equipped enough to be up for anything; in be-panniered ‘Tourer’ spec it’s a genuine tourer and, at £8299 it’s good value, too. But dealers NorthamptonMoto are now making it even better value by offering it with a full £750 off taking its price down to just £7549. Makes a Tracer GT at over £9000 seem positively expensive… 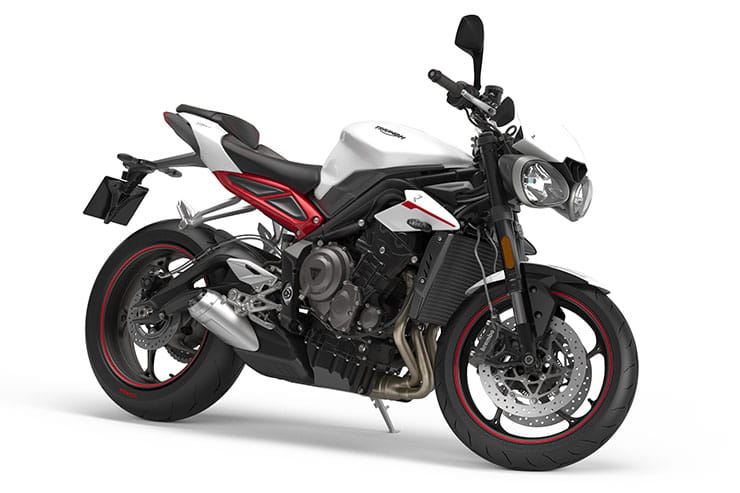 Want one of the best middleweight bikes around AND get £500-worth of free goodies into the bargain? That’s what’s being offered by Triumph between October and the end of December on its brilliant, 118bhp, mid-range version of its Street Triple, the Street Triple R. The bike is already good enough to sell itself but buy one in this period and you’ll also get a £500 clothing and accessories voucher to put towards genuine Triumph clothing or accessories. Tempting, eh? 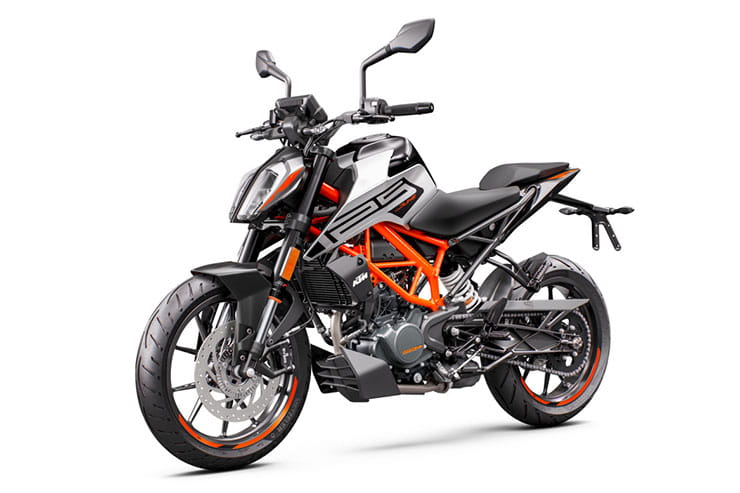 KTM’s 125cc version of its fabulous Duke street naked remains one of the most alluring, tempting and fun A1-class learner machines of all and the Austrian brand are currently making it more accessible than ever. Announced at the beginning of this month and due to run up to the end of December, a new finance deal means you can get the punchy, fun-packed, TFT-screen naked on a 0% PCP deal for as little as £79 a month which is surely within the reach of most 17-year-olds, even if its full list price of £4499 sounds a bit out of reach. The deal also applies to KTM’s A2-compliant 390cc models. 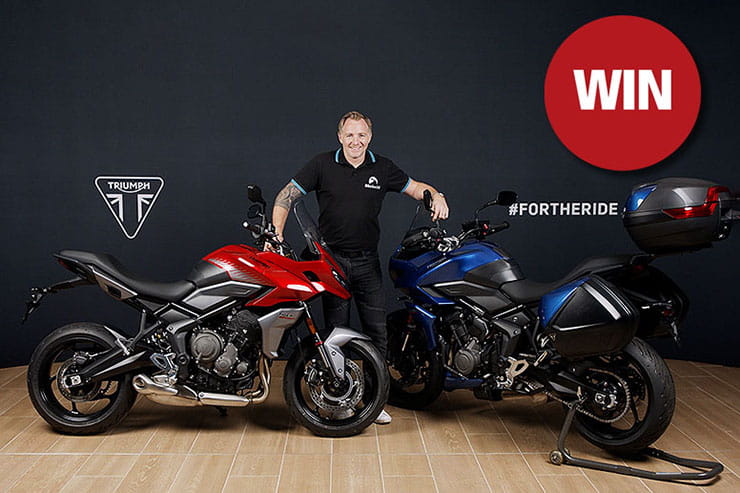 Thanks to our BikeSocial rewards scheme, BikeSocial members can now WIN a VIP Triumph experience including a look at the new Tiger Sport 660 a month before anybody else does, as well as a Factory Visitor Experience and Tour, refreshments and discount in the on-site shop.
BikeSocial has agreed a special VIP package for seven winners who’ll each win a pair of tickets for a Triumph Factory Visitor Experience and Factory Tour including a pitstop in the on-site café for complimentary refreshments, 10% off in the Triumph shop… plus the chance to see the new Tiger Sport 660 up close a whole month before anybody else does.

Contestants need to be BikeSocial members and enter before 28th October 2021 . 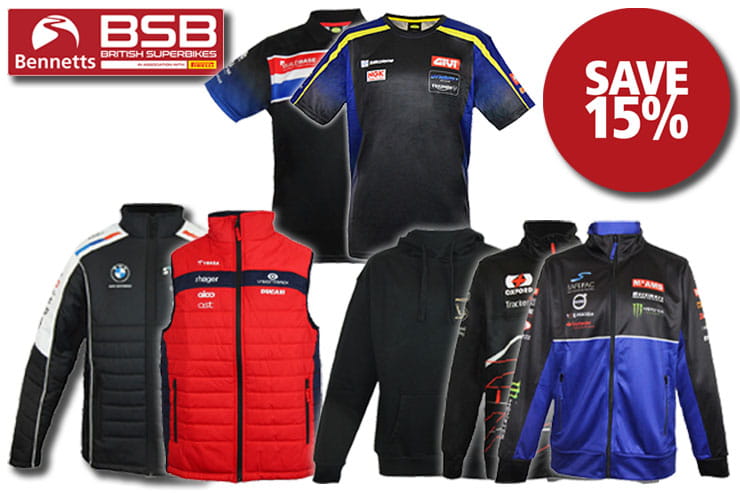 Save 15% on official BSB gear with Dread with BikeSocial

BikeSocial has teamed up with Dread to give members 15% off official BSB merchandise. Apart from the range of official Championship merchandise, Dread are offering a fabulous range of products supporting many of the top teams in the British Superbike Championship. From a baseball cap to a fully waterproof jacket, all products are exactly the same as those worn by the teams. To browse Dread's full range of BSB merchandise click here.