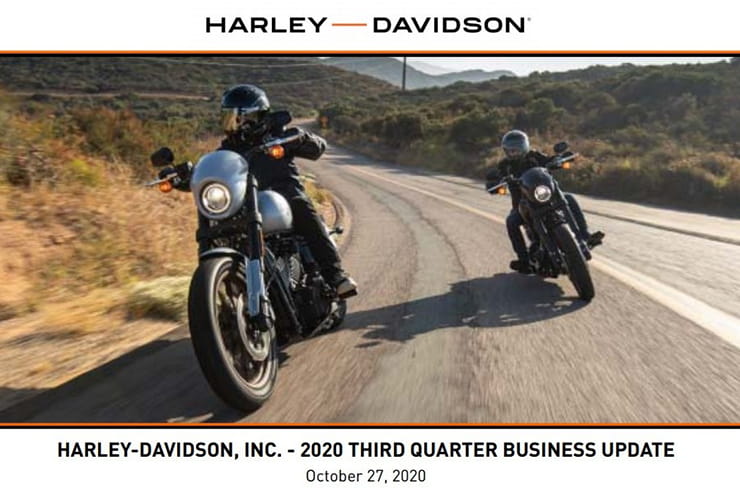 Just a month after announcing its withdrawal from the massive Indian motorcycle market Harley-Davidson has revealed a new tie-in with Hero MotoCorp to distribute Harleys in India. It’s also inked a licencing agreement that will allow Hero to develop and sell a range of bikes under the Harley-Davidson name.

The turnaround was announced as Harley added a little more flesh to its planned ‘Hardwire’ 2021-2025 strategic plan and revealed its third quarter finances.

The Hero deal sees Harley forging links with a the company that can claim to be the world’s biggest motorcycle and scooter maker in terms of volume sold, a position that Hero MotoCorp has held for 19 consecutive years. In total, Hero has sold 95 million bikes across more than 40 countries, even though it’s not a brand that’s terribly familiar to European riders. Although there are few details as to the type of machines it will develop and build under the licenced Harley name, Harley-Davidson says they will be ‘premium’ models, although that word has a very different meaning in the context of the Indian bike market when compared to Harley’s high-end, US-made offerings.

Turning to Harley’s earnings the firm says that the ‘Rewire’ business overhaul instigated earlier this year as a step towards the planned ‘Hardwire’ strategy has delivered the best third quarter net income for the company since 2015.

While revenue for the quarter was down 8.4% on last year at $1.17 billion, with motorcycle shipments down by 6.2%, net income rise by 38.9% to $120 million as expenditure was slashed. Overall, the year-to-date numbers are still way down thanks to the Covid pandemic, with bike shipments down 28.3% and revenue from bike sales down by 29.3% on 2019.

In a conference call, Harley’s CEO Jochen Zeitz explained more about the upcoming ‘Hardwire’ plan, which involves refocussing on the firm’s core markets and its upcoming Pan America adventure bike.

“We believe there is meaningful headroom in our stronghold motorcycle segments and we intend to defend and grow our leading positions. We are aligning our investment strategy to further push innovation in these segments, reinvigorate the attraction for customers that love these products and capture the growth spurred by renewed interest in outdoor activities,” said Zeitz, adding: “We also believe we have room to grow profitably with attractive new products. Adventure touring, for example, will redefine our market participation in a very positive way. This segment is highly aligned with our capabilities and our mission.”

He also reiterated plans to cut Harley’s planned product range by 30% to create a simpler portfolio, adding that the firm will exit 39 lower-volume and lower-profit markets as it focusses on around 50 markets, mainly in North America, Europe and parts of the Asia Pacific region.

As part of the ‘Rewire’, Zeitz is ditching the plans of his predecessor, Matt Levatich, to enter a vast number of new market segments. The highest-profile casualty of the Rewire so far has been the Bronx streetfighter, which was revealed last year and should have been on sale by now.  Zeitz said: “We did not hesitate to delay or cancel products like streetfighter that do not provide the right timing or return profile, or advanced others that were slated for later market introduction.”

Harley will be hoping that the third quarter bounce-back reflects the new focus on core customers and products, rather than simply mirroring an industry-wide recovery following the lockdowns that savaged second quarter sales all over the world. However, the announcement had an instant impact on the stock market, with Harley shares rising by nearly 30%.