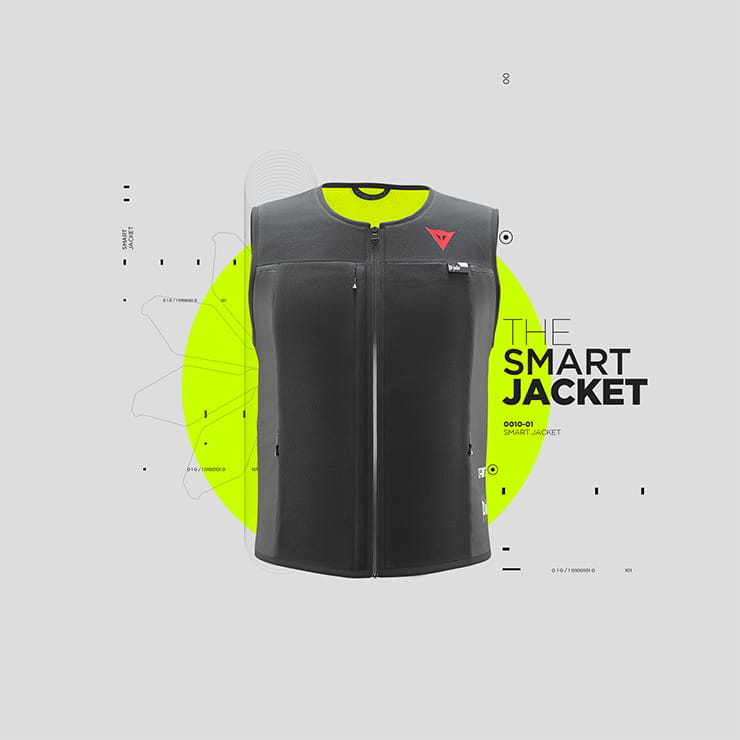 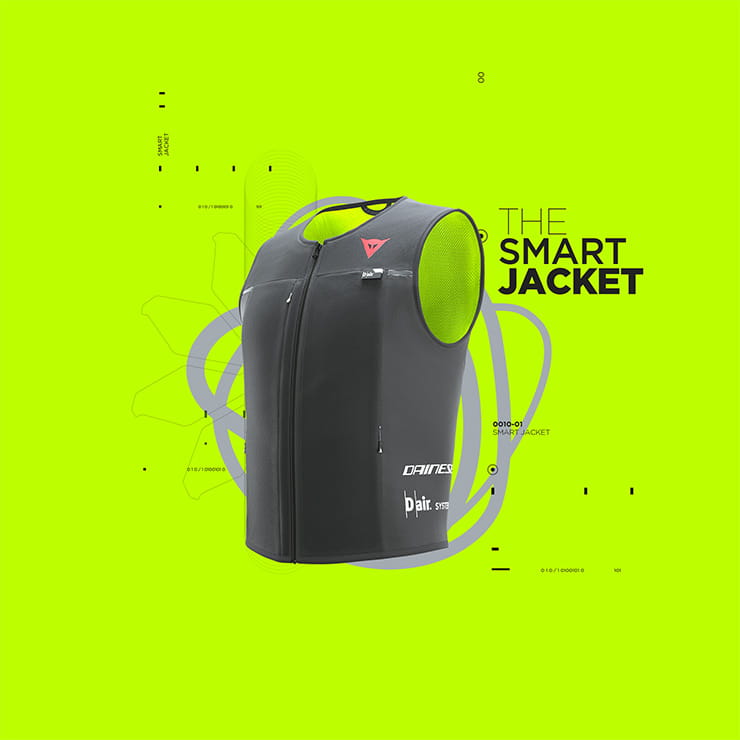 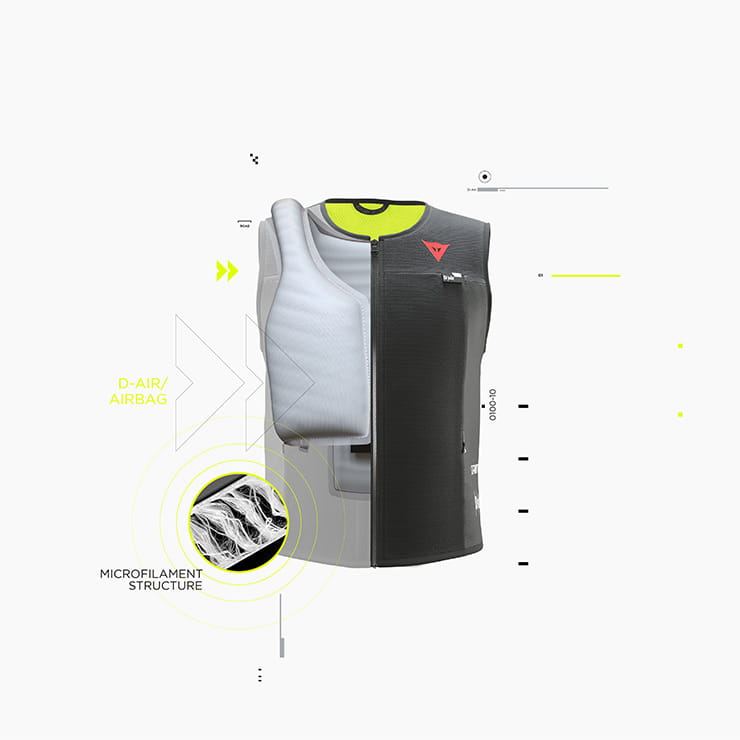 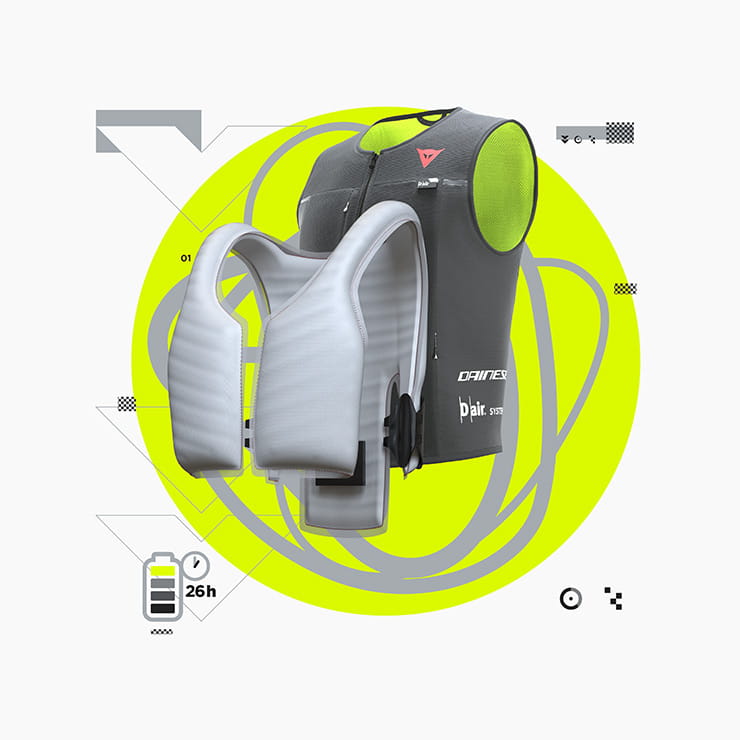 With twenty-five years of research and development since the idea of an inflatable airbag system for motorcycle riders, Dainese has launched a new product this summer; the ‘Smart Jacket’ is an airbag vest that can be worn by any rider in any riding situation either under or over existing clothing.

With airbags becoming mandatory in MotoGP since the beginning of the 2018 World Championship season, Dainese, as one of the main providers of safety clothing to the world’s best riders, has now released a foldable and functional vest that does not require any connection to the bike. The Smart Jacket is the first airbag vest to feature D-air technology, it’s also offers stationary impact protection for the first time.

The airbag vest uses the same airbag technology used by MotoGP™ professional riders such as Valentino Rossi, Andrea Iannone, Franco Morbidelli and Jack Miller. The ‘brain’ of Smart Jacket is the triggering algorithm – were an electronic central unit analysing data sent from seven sensors at 1,000 times per second to detect dangerous situations yet activating the system only when necessary. Since the first racing deployment of the a Dainese airbag in 2007, the Italian firm has gathered “millions of data items” enabling “an extremely sophisticated algorithm to be created, with the ability to predict an accident, including stationary vehicle collisions.” 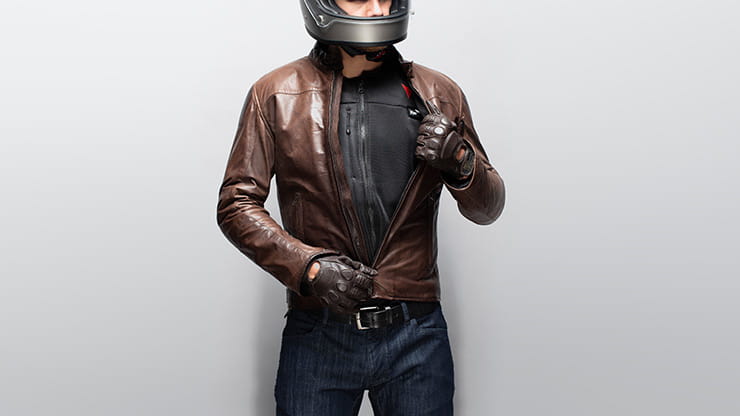 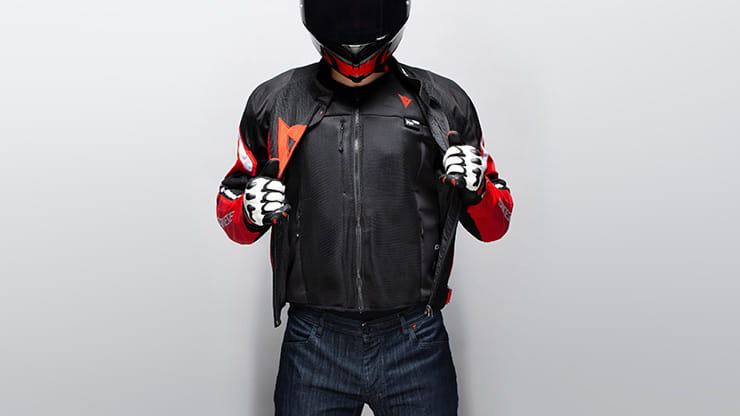 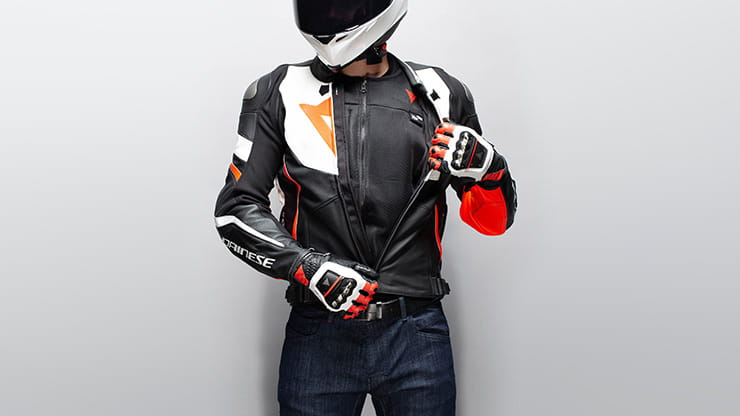 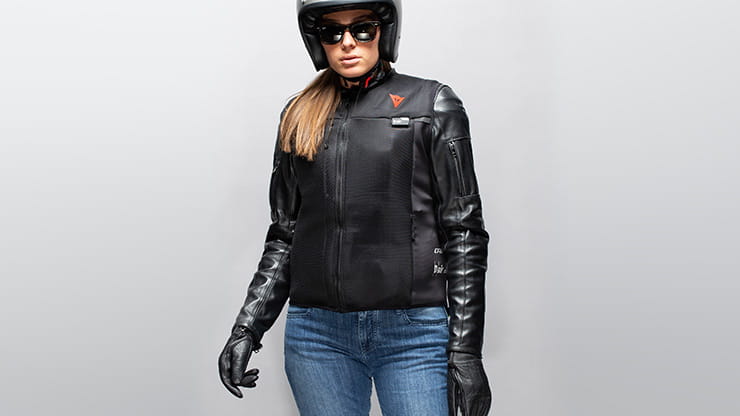 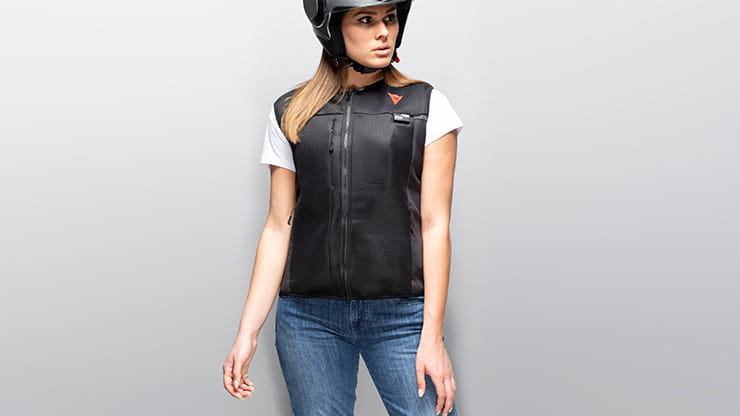 The inflated airbag protects chest and back to the same degree as seven Level 1 back protectors thanks to its patented internal microfilament structure which, as I can testify, is both rock hard and evenly/consistently spread throughout the airbag when inflated.

It’s ventilated yet water-repellent, the battery lasts up to 26 hours and can be recharged using a usb connection. Dainese Smart Jacket is available in six sizes, with a version for men and a version for women. It will be in stores from July, and will retail at £569.95.