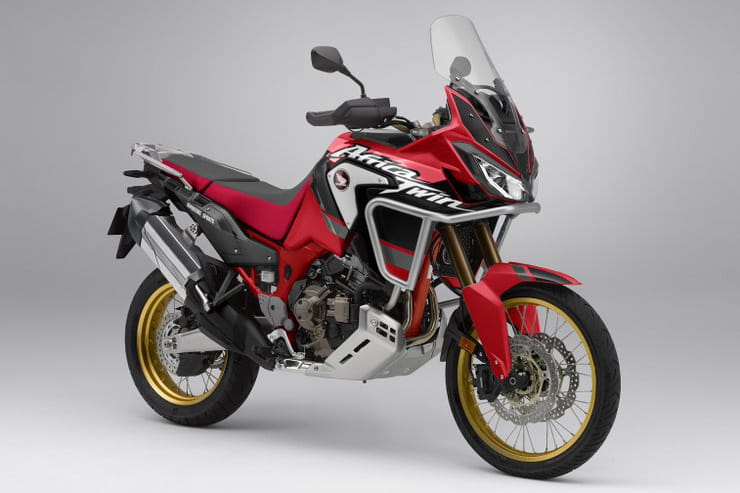 Back in February we brought news that Honda was planning to upgrade the Africa Twin in 2020 and now we’ve got concrete evidence that the bike is going to be officially revealed in the near future.

Although it would be rash to reveal our source we’ve got our hands on a detailed set of specifications for the new 2020 model, which will be renamed ‘CRF1100L Africa Twin’ to reflect a hike in capacity. In February we predicted that the new bike would be around 1080cc, and it turns out we were on the money as its precise size is 1084cc, an 86cc increase over the existing CRF1000L’s 998cc.

That increase is likely to have been achieved via an increase in stroke from the current model’s 75.1mm to 81.5mm, retaining the existing 92mm bore. The focus is on a boost in torque and improved, Euro 5-beating emissions rather than trying to outdo rivals like BMW’s R1250GS for out-and-out power.

The added cubes should also give the bike a worthwhile power boost to around 79lbft, compared to the current model’s 73lbft at 6000rpm. 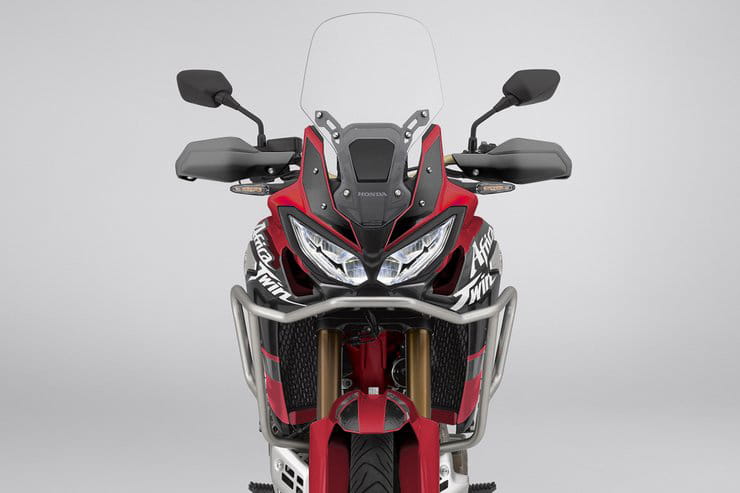 The engine is clearly the main focus of the changes. As well as its increased size and power, it’s going to be some 3dB quieter than the 2019 model, a sure reflection of the increased emissions controls to suit Euro 5.

As in the current range, there will be four distinct versions of the 2020 Africa Twin: the base model, the version with Honda’s DCT semi-auto gearbox, the Adventure Sports and the Adventure Sports DCT. All versions will have the same 1575mm wheelbase of the current Africa Twin, allied to a 30mm increased width of 960mm. Length varies from 2330mm to 2340mm depending on suspension settings – again basically the same as the existing bike.

The big dimension changes come in the form of the height and weight. Where the existing base model is 1475mm tall, the 2020 versions are listed as having a minimum height of 1560mm, close to the existing Adventure Sports (1575mm). At their tallest, the new bikes are listed at 1620mm high – suggesting an adjustable-height screen.

Despite surely sharing many of the existing Africa Twin’s components, the 2020 version is considered a large enough change to be given a new internal Honda model code, as usual made of two letters indicating style and capacity, and two digits reflecting the model generation (‘RC30’ probably being the most famous example – ‘R’ means 600cc-899cc, ‘C’ means street bike). The existing Africa Twin is known as the ‘SD06’ (it was SD04 from 2015-2017), the 2020 model is the SD09. In this instance, ‘S’ means 900cc-plus, ‘D’ means off-road, and ‘9’ means it’s the ninth ‘SD’ project to be developed. 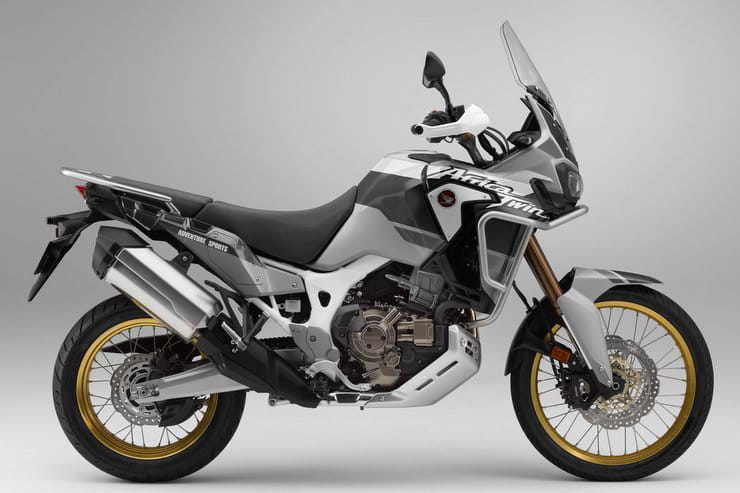 With the larger tank and taller overall height of the Adventure Sports adopted across the whole range in 2020, it’s likely that the main differences between the base model and the Adventure Sports will be the seat and tail bodywork, while the more off-road style bike will surely retain elements like crash bars – no doubt accounting for the extra couple of kilos over the base model.

Given that the bike’s specifications have already been set in stone this early in 2019, all indications are that the 2020 CRF1100L Africa Twin could be an early-release model for Honda. Rather than waiting until the big motorcycle shows late in the year, the firm might give the bike a surprise unveiling relatively soon, leaving the shows clear to focus on promoting more significant all-new models.