Autonomous cars to be tested with motorcycles 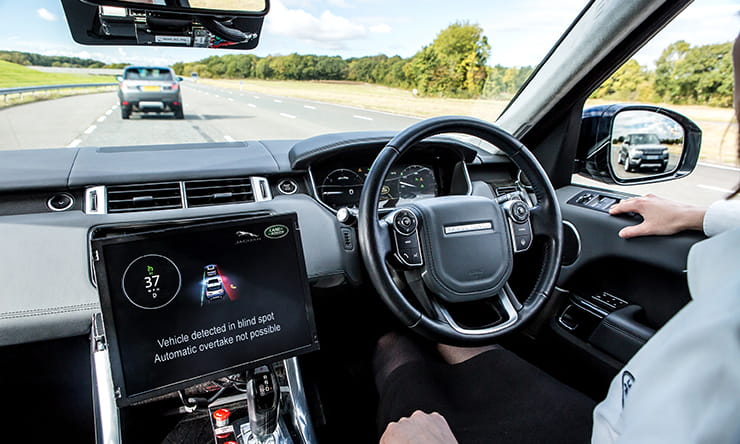 It’s become increasingly clear over the last couple of years that the era of the autonomous car is upon us and with it comes increasing concerns over whether self-driving cars are properly equipped to ‘see’ motorcycles on the road and react accordingly.

This summer saw what appears to have been the first documented accident involving a self-driving car and a bike. It happened on a Norwegian motorway, and involved a Tesla electric car – the brand that’s leading the way in production semi-autonomous vehicles – and a young female rider. Reports suggested the car, with its ‘autopilot’ mode switched on, hit the back of the bike at high speed, leaving its rider seriously injured. Although it’s impossible to say whether or not the autopilot contributed to the accident, perhaps failing to ‘see’ the bike with its array of cameras and radars, the accident raised concerns among European motorcycle groups.

Those groups, led by FEMA, the Federation of European Motorcyclists Associations, contacted RDW, the Dutch vehicle authority that issued type-approval for Tesla, to make sure that bikes are being considered when semi-autonomous cars are given approval.

The response has been positive, with RDW proposing that it will cooperate with motorcycle organisations to conduct tests on various brands of semi-autonomous cars to objectively assess whether they respond correctly to motorcycles. The firm also says that testing these systems with motorcycles should be adopted as part of a European protocol for type approval of semi-autonomous vehicles.

As a result, during the first part of 2017 a test procedure will be worked out, with actual tests being carried out before the end of the year.

Dolf Willigers, General Secretary of FEMA, said: “We are very pleased with the outcome of this first meeting with the experts of RDW. We are going to act together and we will see in the field tests to which extent the technique takes motorcyclists into account. In the coming years this will continue to be an important issue for FEMA and we want to ensure that motorcyclists literally are not overlooked in the development of the newest generation of cars. The test program can have lasting effects on road safety for motorcyclists in Europe and therefore I am particularly proud that the motorcyclists’ community works together and will cooperate with the authorities responsible for allowing such sophisticated cars on public roads.”

Autonomous cars: the state of play

While you might have expected self-driving cars to appear with a flourish and a blare of publicity the technology has actually been slowly creeping into use over a number of years. It’s now reached the point where you can buy a car that is able to drive itself in many situations, even though the legal framework for the use of such vehicles currently means that the driver is still expected to be fully responsible at all times.

Officially, the term is ‘Advanced Driver Assistance Systems’. This catch-all covers things like adaptive cruise control – which uses cameras and radar to keep a safe distance from the car ahead, braking and accelerating automatically to stay with the flow of traffic. When combined with lane control systems, which monitor the white lines on the road and help steer cars to keep them within their lane, blind spot monitoring systems that help lane-changes and integrated GPS to track the car’s position, it’s easy to see how vehicles have slowly become increasingly automated.

The most ambitious production cars with such systems are currently Teslas, which are able to navigate and drive considerable distances without input from the driver. They create a virtual map of their immediate surroundings, monitoring the movement of other vehicles, looking out for road signs and markings – basically doing the things drivers are normally expected to do. The Tesla Autopilot will also steer, accelerate and brake the car, as well as sounding alarms if it needs the driver to intervene. The firm is very clear that the system isn’t intended to be left to its own devices, and that the driver is still responsible for controlling the car and taking over if needed, but inevitably some owners don’t follow that suggestion.

Other firms, particularly luxury car makers like Mercedes, are very close behind – using similar technology but slightly less brazen in the amount of responsibility they’re currently prepared to allow the driver to pass on to the electronics.