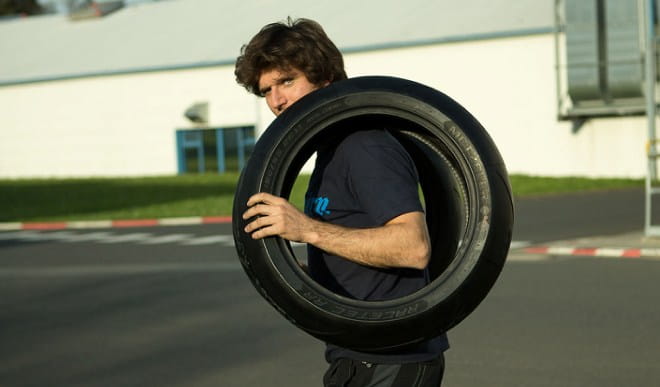 Tyre manufacturer Metzeler have created a Guy Martin special edition version of the Racetec RR tyre which is set to be available from 5th June.

With the Isle of Man TT comes Guy Martin-mania but this year it’s grown to new levels. We are assured that the North Lincolnshire man just wants to go racing but the fully functioning 2015 version of the TV and TT star comes with an aura that his growing allegiance of fans can’t get enough of.

There are plenty of t-shirts, banners and even fans with stick-on sideburns circulating the TT paddock already. Books, DVD’s and films of the humble lorry mechanic are big sellers among non-race fans too.

His tyre sponsors, Metzeler, aren’t prepared to miss out either.

He’s the most famous non-winner of a TT race although he’s no stranger to the podium with fifteen visits in his ten years of racing at the 37.73 miles Mountain Circuit split seven times as runner up and a further eight times in third place.

In the Superbike, Superstock and Senior races Martin will be riding the S1000RR bike which won all three of the ‘big bike’ classes last year at the hands of Michael Dunlop…after a last minute switch from Metzeler to Dunlop. 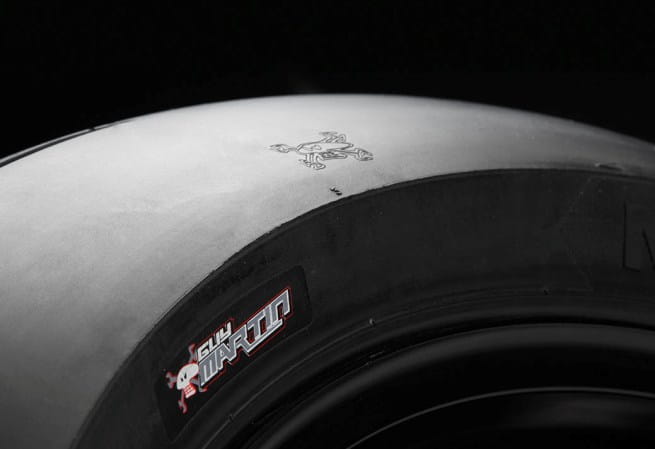 VIDEO: See Guy at the Metzeler factory making some tyres: