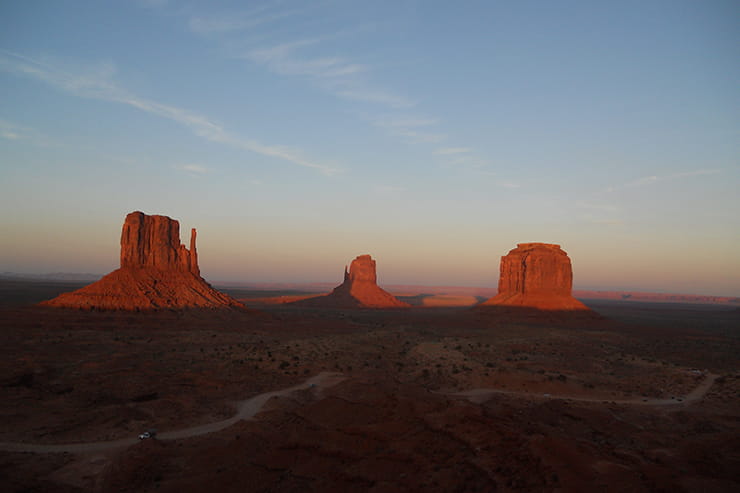 1. American roads are all straight and boring

So wrong. America is huge, but the vast majority of it is either mountains, deserts or prairie (whatever that is). If you were a transport planner and need to build a major road for cars and trucks that went from one place to another as efficiently as possible, then if there was a straight option, you’d build it.

In the same way as there are thousands of miles of straight roads in any country you care to name, the main routes in America tend to be the same. But once you get up into the mountains engineering law determines that the best way to build a road is to go up and down gradually and that means corners. Lots of them, usually perfectly surfaced and deserted too.

The rural lowlands can be the same. Mile after mile of easy-to-ride, well-surfaced bend-swinging. And don’t get me started about how good the coast roads are. Halfway down Highway 1, just south of Monterey there’s a wonderful sign that says ‘Twisty roads next 74 miles’.

Pick a part of the country, get yourself a map and go looking for the hidden gems. Or better still, if funds permit, take a guided tour and make use of the expertise of a local who’s been riding there all their life. 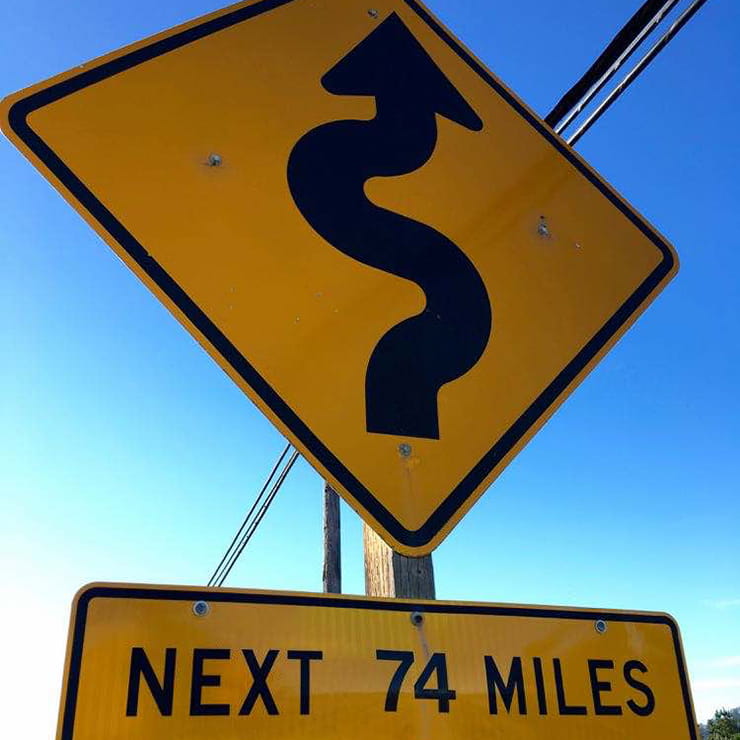 Thanks to mccooltravel.com for the photo.

2. America is a cheap place for a holiday

Sadly not true. The good news is that at the time of writing (Jan 2020) petrol is the equivalent of 49p per litre in the USA. But the distances are bigger, so you’ll use much more of it. The bad news is that food on the menu looks very good value, but you have to add tax (up to 10 per cent depending on the state) and a tip (typically 15-20 per cent of the bill before tax) which is virtually compulsory if you want to get out without a rattlesnake in your top box).

By the time you’ve paid it the bill will be around 20-25 per cent more than the menu suggested. Thankfully, the portions are equally huge, and the trick is to dodge the starter, just get one dish each and fill your puny English belly.

But the biggest issue is getting there, bike rental and accommodation, which is pricey at current exchange rates. Thankfully, the experience is so flipping amazing that you’ll come home thinking it was worth it and wanting to go again. 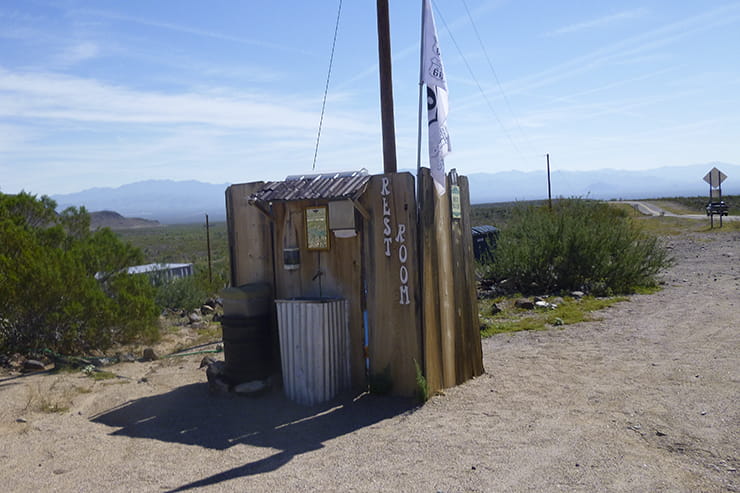 Central Perk it aint, watch out for the spiders…

3. The locals are all gun-toting hillbillies

America’s big cities are modern, smart and usually thoroughly enjoyable to be in. You’ll feel at home and will appreciate the difference in culture while enjoying the shared language. Away from the cities and especially in the countryside things get seriously different very quickly. Small communities of less broad-minded, devout god-fearing people who may not care too much for your playfully argued reasons why their President is a dangerous idiot.

Enjoy the differences, don’t forget that you are a tourist not a missionary and enjoy the conversation as a life-experience. You might learn a lot about American culture and politics as seen from the other side.

One thing that will surprise you is that pretty much all these rural Americans are genuinely friendly, happy to meet you and will make you feel very, very welcome. Don’t forget to leave a tip. 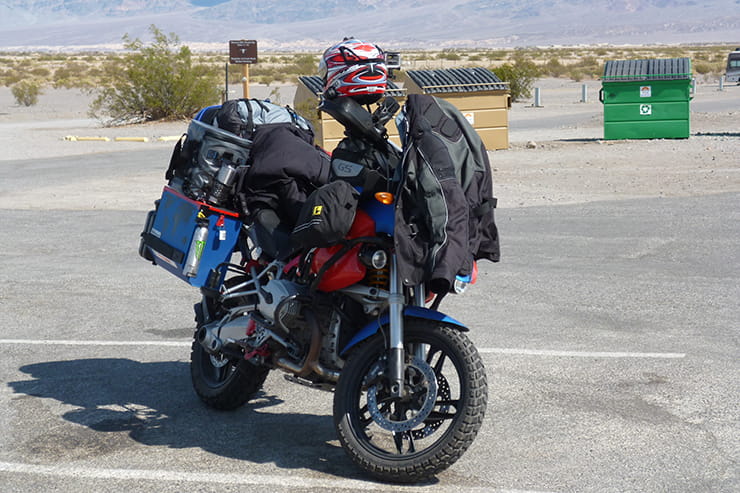 You don’t see many of these

4. Everyone rides a Harley Davidson in America

In the cities this is a long way from true. You’ll be surprised at the number of scooters, small Japanese bikes, Triumphs (there are loads of Triumphs, even the older classics are still plentiful) and pretty much any Japanese or Italian bike you care to name.

Out of town you see mostly Harleys (many of them rentals in Arizona and California), a lot of big tourers but few adventure bikes. The Americans have separate bikes for off-road riding.

Americans do love their Harleys though. When you ride one the locals will wave and make you feel special. Riders are viewed differently over there. Something about the cowboy spirit…maybe.

5. Riding in American cities is dangerous and frightening

American cities have the most logical layouts. A simple grid of ‘blocks’ is so simple to navigate you’ll be a natural in days. The drivers can be brash, but most are looking around, aware of what’s going on and polite to bikes.

Remember that at many right-hand turns you can just go (so long as it’s clear) even if the lights for the main junction are red.

Motorways (freeways) can be interesting at first. They have many more lanes than British ones and you can overtake on either side. Speeds are about the same and once you get used to it (and stop worrying about missing your exit – there’s always another one down the road) they are no worse than the M25. 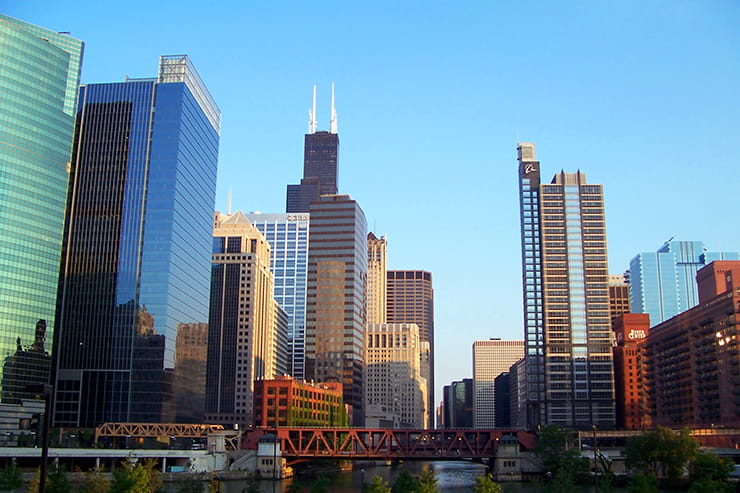 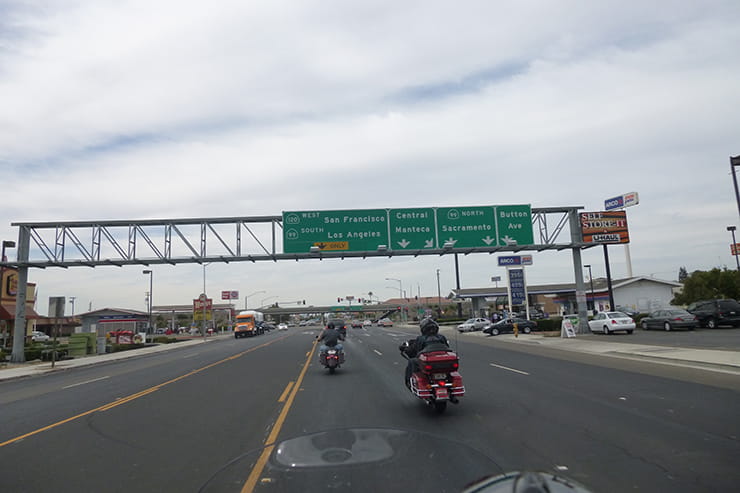 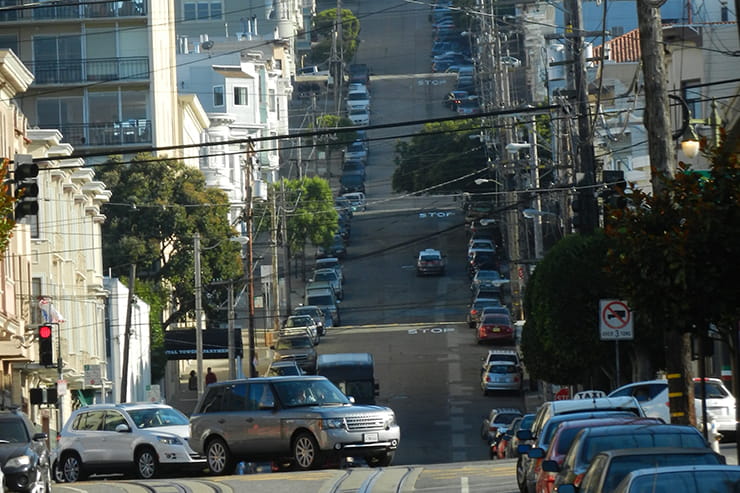 6. The weather in America is always sunny

Everything is bigger in America, especially the weather. California is still suffering its longest drought in living memory and anything that has ‘desert’ in its name shouldn’t come as a surprise, but away from there you’ll be surprised how variable the weather can be.

When it rains or blows, hails or snows it can be very different to the UK. In the middle of summer you can be burning up in T-shirt and shorts (or vented kit if you have any sense) one minute and wetter than you ever thought possible in the space of a couple of hours having crossed a small range of hills. When Honda launched the 2018 Gold Wing in Texas, they were expecting typical temperatures for January of around 18-20 degrees C. What they got was minus-four degrees, snow and breaking the ice on the puddles before we could get the bikes out of the hotel. 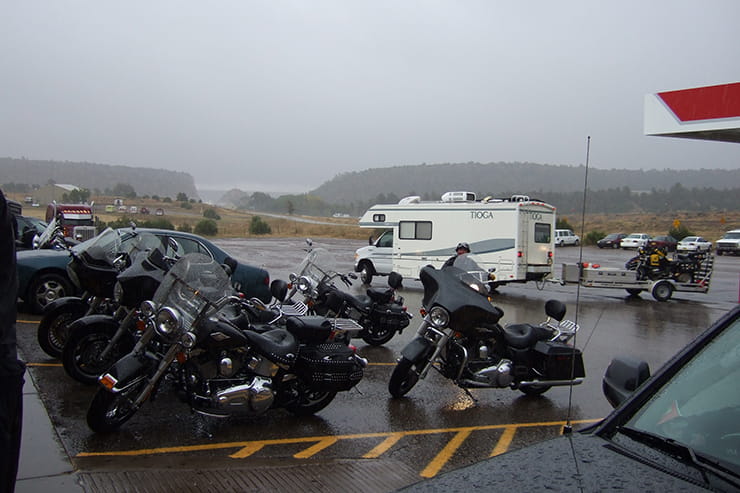 When it rains it really rains

If you eat meat or fish, then pretty much anywhere in the USA serves plenty of healthy and tasty-if-relatively-straightforward food in addition to the sugar and fat-loaded fast-food nightmares. The portions are huge, service is always friendly, and many places do free refills for drinks (which helps offset the extra you pay for taxes and tips).

If you’re vegetarian or vegan, you might struggle away from the big cities. Things are improving, but many parts of the southern states still don’t truly understand the idea that you might not want an enormous slab of meat for every meal. 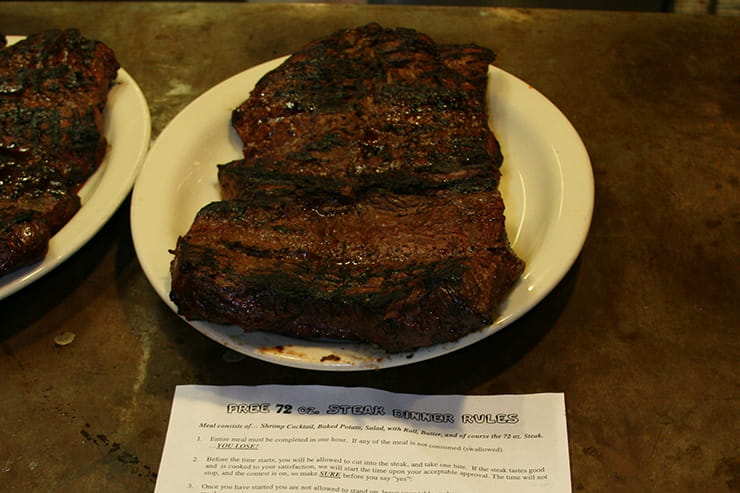 72 oz steak is 2kg (or 18 quarter-pounders). Finish it (and all the trimmings) in this restaurant in Amarillo in an hour and you get it for free.

8. You can’t filter through traffic in America

In most states this is still true. California is the only state where filtering (known as lane splitting over there) is fully legal. Even then there are restrictions; the traffic must be doing less than 30mph and the bike can’t do more than 10mph above that.

However, there are 11 states including Texas, New Mexico and Missouri where it is not mentioned in law and not specifically prohibited. And in Utah a modified version of lane splitting has been legalised where the traffic must be stationary, the motorcycle can’t do more than 15mph and the speed limit of the road (which must be a dual carriageway) cannot exceed 45mph.

9. You don’t have to wear a motorcycle helmet in America

19 states have a law requiring all riders to wear a helmet. The rest have varying levels of requirement with many compelling riders (or passengers) under 17 years of age to wear one but not those who are older. 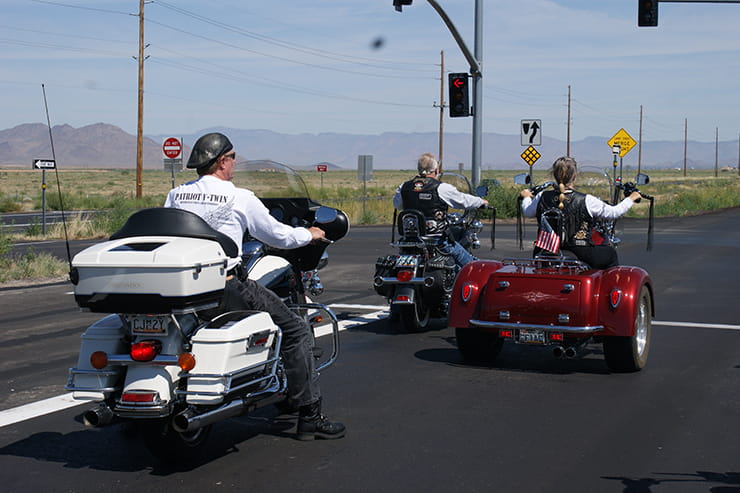 Many states don’t require you to wear a helmet. We’d recommend you do