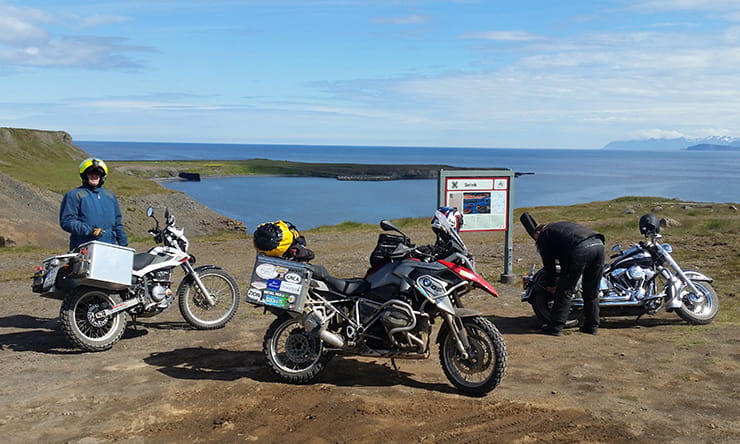 If you’re into your trail riding then Iceland is without doubt a great place to come. You can’t legally ride off road here – it’s punished with fines and imprisonment, simply because it ruins the fragile landscape. But you don’t need to make your own path, as across the island – especially through the interior – the network of F roads provide plenty of dirt thrills, with some of them more challenging than others. The F35 and F26 in particular are two well-known routes, over 150 kilometres each in length, which cross the island from north to east. They’re dirt trails the entire way, the F26 with deep water crossings, the F35 without. 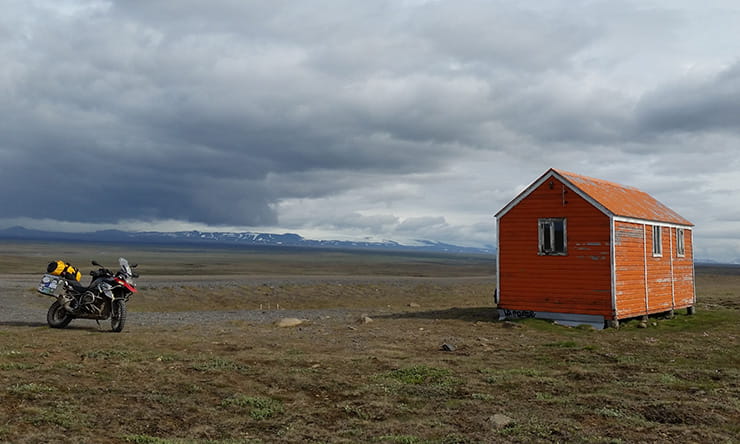 The shelters in the remote regions are a great find

On a large capacity adventure bike, these routes are a challenge and I wouldn’t advise them if you’re inexperienced or not equipped with decent dirt-focussed tyres, but on smaller trail bikes these would be a lot of fun and manageable for more people. Along some of the F roads you’ll find wooden shelters that are great for getting out of the wind and rain, or for sleeping in if you need somewhere for the night.

You could have a very enjoyable ride around the island without going on one of the F roads, but they do add a great deal of variation and remoteness to the trip. On some of them you won’t see another soul for hours. Be aware that many of the F roads only open for the summer, and some only briefly. Road conditions can be checked at www.road.is

Other ways to see Iceland

Other than taking your own bike to Iceland, there are several options for using motorcycle already on the island, although as is the norm with other worldwide destinations, bike rental is on the expensive side.

The biggest negative of renting a bike through one of these companies is that unless you go on one of their guided tours then the insurance doesn’t cover you on the F roads, which may or may not be important, depending on your plans.

UK touring firm Globebusters also offers guided tours of Iceland with its mainly paved road ‘Beyond the Wall’ trip costing £3795, including transit of your own bike, guide and accommodation, with option to rent bikes for an additional fee.

There’s also an ‘Arctic Desert’ trip for the same cost, but taking in more of the F roads. The BMW Off Road Skills group [www.offroadskills.com] also runs a five-day Icelandic Adventure, including hire of an R1200GS, for £3,995, while local company Enduro Adventure runs guided tours on enduro bikes, exploring many of the trails that you  could otherwise miss. 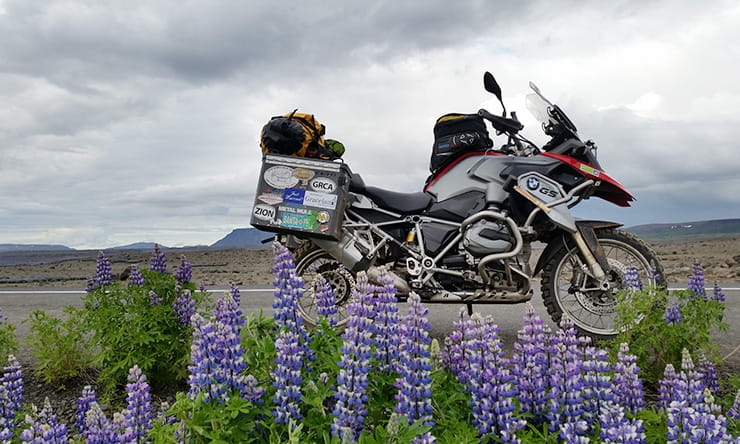 Given the range of riding conditions and distances, a bike like the GS was a good choice. For the 1000 miles up to the port in Denmark it was obviously comfortable and able to carry all the gear. It was also a good choice for when my wife was there for the five days, and in the main was a very good option for riding solo. A bike like that makes light work of the tarmac sections, is fine on the gravel and if you’ve got the hang of it can do most of the F roads. I was reluctant to do the deeper river crossings solo and for that reason it would be good to come again on a lighter, more off-road focused bike, though that would limit the option for two up touring and mean that I would be more likely to ship the bike to Iceland, rather than ride it up to Denmark and take the ferry.

But any bike could do Iceland, and does, given the variety of machinery waiting to get on the ferry at the end. From the obvious GS, to older African Twins, Transalps, through an old Moto Morini, Harley Davidson, Indian Scout, BMW RT tourer, older street bikes fitted with knobbly tyres and onto a fully kitted-out Husqvarrna 701 – perfect for the F roads. There’s basically a road for everyone in Iceland, so don’t be deterred by the machine that you currently own.