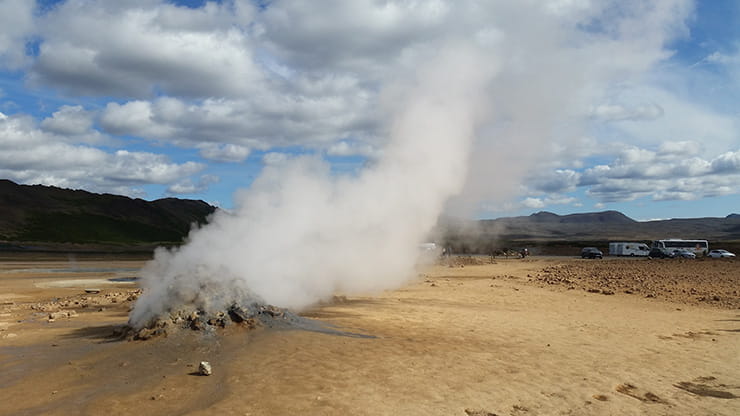 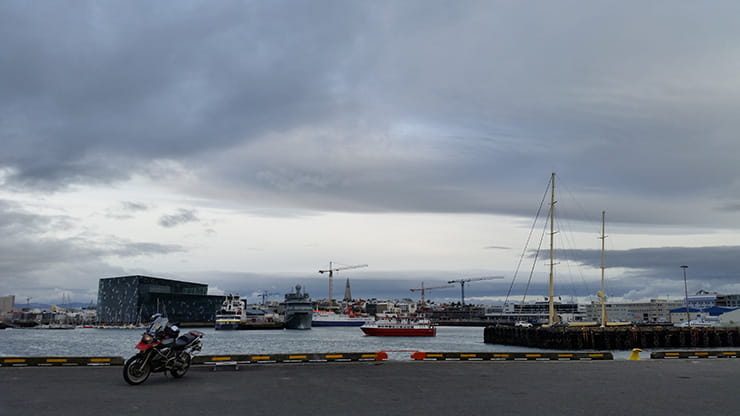 Nathan wasn’t blown away by Reykjavic

Much is said about Reykjavik, Iceland’s capital city where 122,000 of the island’s 334,000 people live. Riding into it mid-trip was something of a disappointment; the architecture is generally cold and modern, with lots of construction work building hotels and other tourist infrastructure. The old town has a better vibe but the prices are high and it didn’t seem to have the charm of even such a place as Amsterdam.

The campsite there is also crowded and expensive and, worse still, the bike shop where I had a tyre changed fitted it the wrong way round and took a big gouge out of my rim. Maybe I was just unlucky…

This is the area of tourist sites in the immediate vicinity of Reykjavik, including the Blue Lagoon, the Geyser, Gullfoss and Þingvellir. You can get around all these sights in a day and as a result it’s heaving with rental cars and tourist coaches. Given the infrastructure to cater for the demand it feels a bit like the Disneyfication of Iceland is taking place, reducing everything of interest to a quick hop off the bus for a picture before moving on. No doubt, the area had its highlights, but compared to the quieter, more peaceful areas in the island’s other three corners this was something of a disappointment, though I appreciate if you only have a few days in Iceland then it’s a good insight into the rest of the island.

I was probably spoilt by the weather in the first few days, but after that it was over two weeks of mainly grey skies, occasional showers and often strong wind. A few days of blue skies broke the run.

The shame is that the weather makes all the difference – when the sun’s out it’s a spectacular place to explore. When the weather’s bad it’s more a case of enduring it, and with few places bar the service stations to seek shelter, it can be a bitter ride after a while. Good kit is a must, and a higher budget would allow you the sanctuary of hotel accommodation in the evening. Camping the whole time compounds the problem. That’s not to put anyone off, just to make them aware that you must come prepared for temperatures that sometimes hover around 7-12 degrees, mated with wind and rain.

I hate to say it on a bike website, but a camper van could be a more enjoyable way of seeing the island if you just want an easy means of exploring the place.

It’s probably the cost that makes the impact of the weather seem worse. Hotel accommodation is expensive, meaning you have to raid the budget to treat yourself to some proper shelter on an evening. Food other than that available at the service stations – burgers, hot dogs, pizza – is also expensive, making it difficult to feel like you’re getting the most out of being there.

Probably the difficulty is in doing the trip on a small budget. I did stick to £50 a day, but for three weeks this proves draining. Either a shorter trip or higher budget would be preferable. 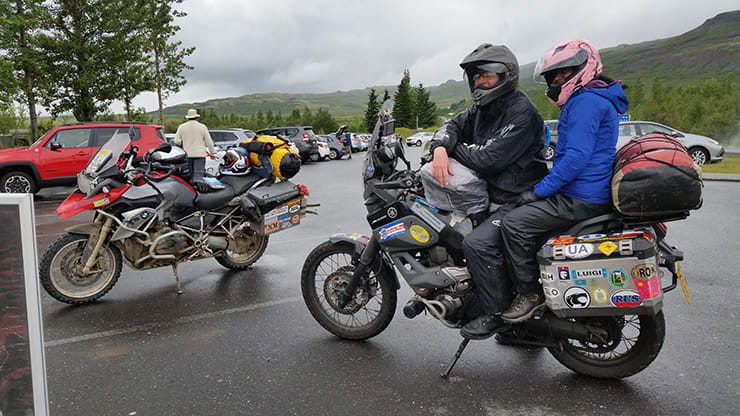 It can be hard to get chatting with the locals, especially if camping

I’m loathe to say this, but given the colossal rise in tourist numbers over the last five years (from half a million in 2010 to an expected 2.3 million in 2017) you get the impression that some of the locals are a bit jaded by the volume of tourists on the island, and you can well understand it.

For me it made it difficult to engage with many native Icelanders; I really missed that element from my trip. Having the budget to stay in local guesthouses and homesteads might remedy that as you’d have more situations to meet more local people. I met hitchhikers who talked of a much more face-to-face experience with local people as they were the ones picking them up for a lift. I couldn’t help compare it to times I’ve ridden in America – or even the UK – where you’re always meeting local people and learning a lot from them.

Possibly Iceland is just that bit more difficult to get under the surface off. I also found other tourists were often keen to keep themselves to themselves, which did at times make Iceland a lonely place to travel. I’d probably suggest you go there with friends. Or a good book.

Iceland is the only country in the world not to suffer mosquitoes, but it does have its fair share of black flies and midges, mainly around water sources, as you would expect. Insect repellent might help, and around Lake Mývatn, where it was by far the worst, people were wearing mosquito nets as the bugs were persistent and high in number. Thankfully there were less active at night.