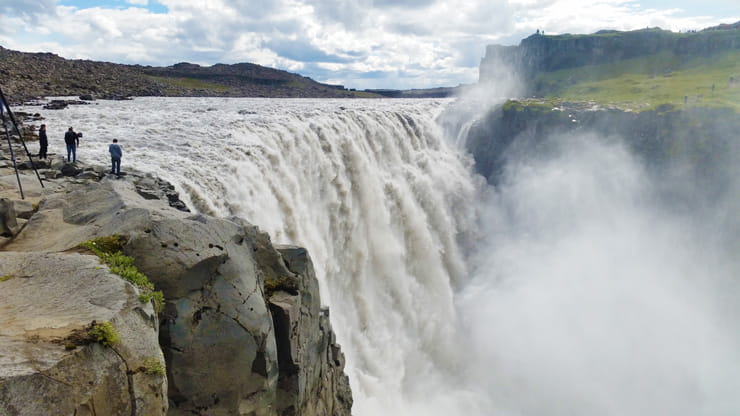 People talk about the scenery, the roads and the more famous parts of the island, such as the Western Fjords, but one of the highlights for me was a road slightly less travelled, which led to the dead-end small port village of Norðurfjörður. Along the way you come across Djúpavík and the old herring factory. Closed in the forties due to dwindling fish stock, the factory was once the largest concrete structure in the world and is now, amid its crumbling ruins, home to an art exhibit.

I found it completely by accident. I’d not heard anyone else refer to it, but it was a piece of the island’s history and heritage that gave good insight into past and present Iceland. 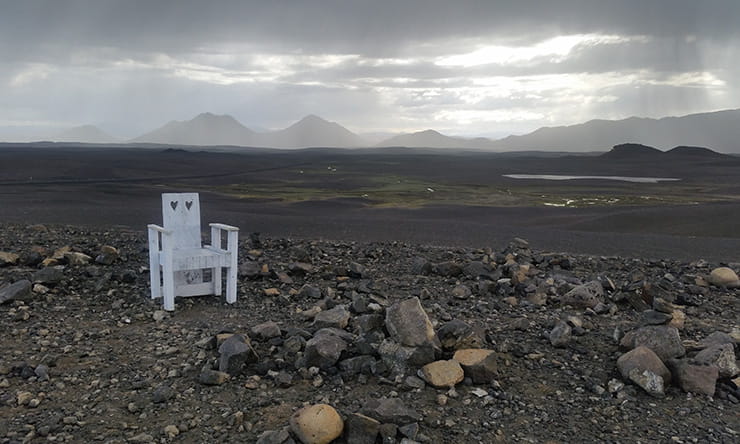 The chair in the wilderness, East of Lake Mývatn on Route 1

Iceland is sometimes a quirky place; case in point the white wooden chair with a love heart carved in the back of it, found on a rise overlooking a moody valley on a sinister evening night when the sky was black and the mountains in the distance looked foreboding; like something out of the Lord of the Rings. Why the chair was there in the middle of nowhere I’m not sure. There are other random chairs located in other parts of the island, so probably some art project, but to come across it that night, alone, with that landscape and that weather was an unforgettable experience. Completely unique to Iceland I would say.

There are lots of F roads across the island, some more popular than others. The two that cross the island from north to south – the F26 and F35 – are the most well-known, but it was the lesser-known ones that I enjoyed the most. The F839 took me up to the shoreline at the north of the island, through some really twisting and varied landscape. F821 was a challenging, rocky and steep run that led up to the interior and the lunar landscape through the centre, while F338 ran for miles alongside a glacier, beneath power lines that ran across the country. More focus on the lesser-known roads would be my advice as the most well-known ones through the interior can be busy and a little tedious after 150 kilometres of corrugation. 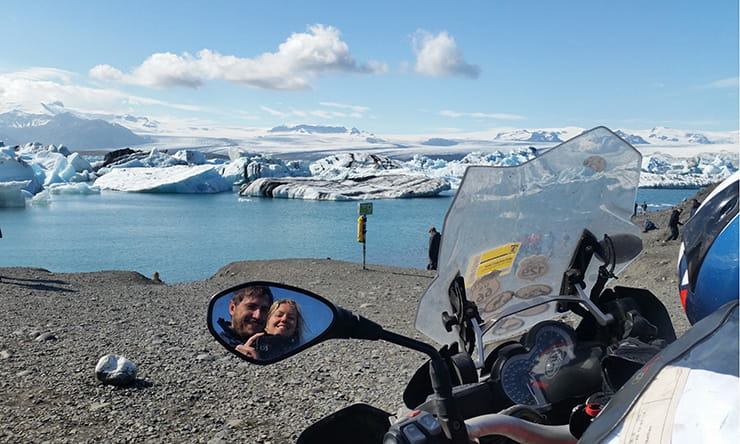 By far one of the most spectacular sights on this trip or any other I’ve been on. Blocks of ice from the Breiðamerkurjökull glacier break off and float out onto the Jökulsárlón glacier lake. From there the mini icebergs slowly drift out to the ocean, cracking and breaking before the spectators looking on. You can take boat rides around the ice lake and there’s plenty of tourist infrastructure in place, but it’s still a sight worth making the trip for. 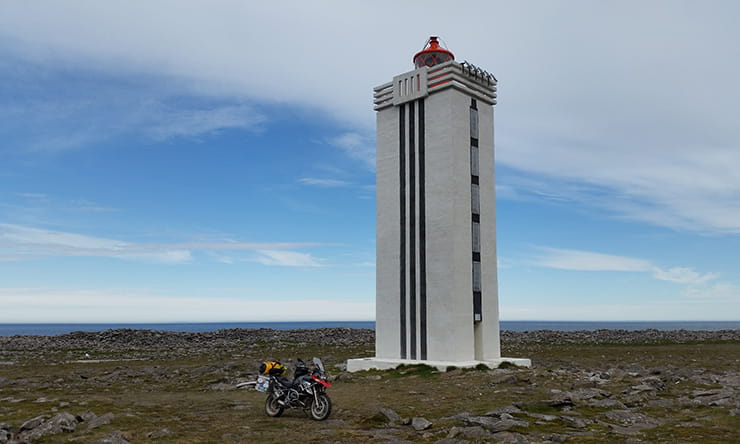 Much quieter and more remote than anywhere else on the island, mainly because there’s nothing much of note up there; just a few small fishing towns and lots of miles of lonely roads. It’s one of the first places I headed after getting off the boat and still my favourite, particularly making the long and stoney ride along the sea defence wall to the island’s most northerly lighthouse, Hraunhafnartangi, just 800 metres south of the arctic circle.

When the sun shines or wyou get some of Iceland’s moody sky then there’s really no place like it. The scenery isn’t pretty – it’s not a pretty island – though the fjords are quite pleasant. It’s more the starkness, not to mention the contrast. Case in point the way the sandy cliffs rise to the east of the grassy shores of Lake Mývatn, before dropping down into a landscape of boiling cysts on the earth’s face at Hverarön. It can get quite samey in places, and it’s hard to describe Iceland as a beautiful island, but there’s often still a surprise around every corner.

During the peak of summer there is no darkness, just a dull light around midnight. The beauty of this is that it takes the pressure off having to find somewhere to camp before the light goes. This sounds trivial but it completely changes the way you can conduct your trip; not having to be on the road so early because you know you can cover some miles well into the evening, or not finding camp until midnight as one rider I met did a few of the nights. Night temperatures also aren’t much less than in the day, so if you’ve been warm enough then, chances are you’ll be warm enough at night.