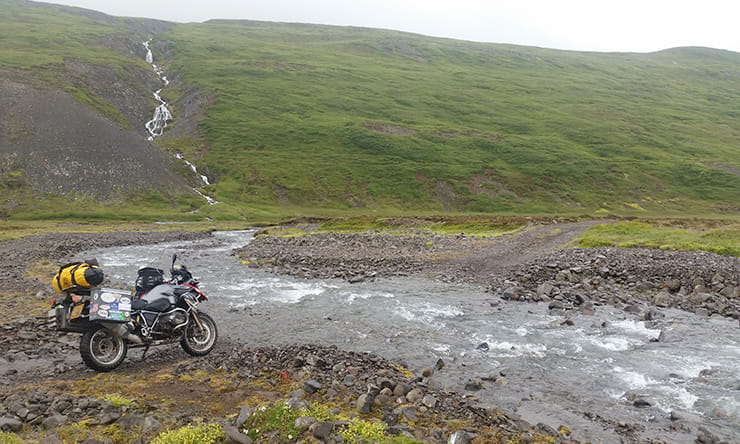 Iceland is definitely an interesting country and a very different riding destination to most I’ve been to. It was easier than I expected and any biker of any ability could come here and have a good time. You could ride any bike, come as a group or solo, and I think you’d be glad you came.

The challenge for me was that I’m a point-to-point rider; I like having a start and an end and I like the challenge and focus that gives me. What happens and who I meet along the way is part of the adventure (much like when I rode from Sydney to London, or equally Land’s End to John o’Groats). With Iceland, the second you roll off the ferry you’re already there so you have to get into the mind-set of not being in a rush to get somewhere, and relaxing a bit more on what is largely an orbital route of the island. 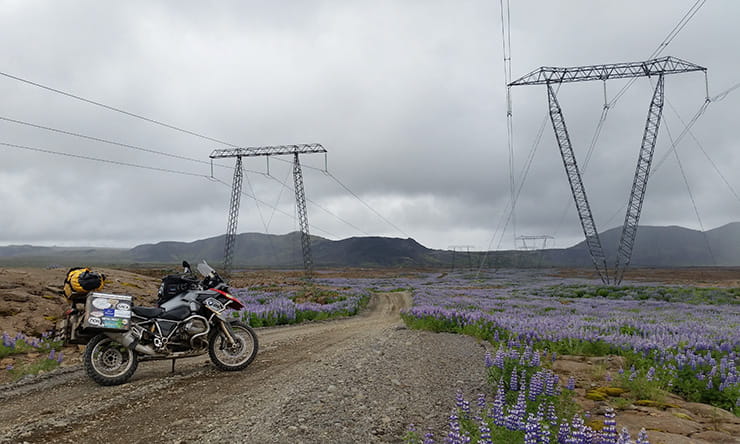 I did find this difficult sometimes because of the weather and also because there’s not a great deal actually there (besides mountains, fjords, glaciers etc), so perhaps three weeks is a little bit too long, unless you’re going there with friends or with a clear purpose to walk some trails or hike some glaciers. But if you’re just going there to ride, then I would say two weeks is plenty, and if you have less time then that’s still enough to come and see some of the highlights and get a feel for the place.

The riding is easy and extremely varied, but you do have to be prepared and not underestimate it. Strong winds are the main thing to be wary of, but there were riders of all ages and abilities on the island managing just fine. The big question is if it’s worth the time, money and effort in getting there. For a while I was mixed. Part of me considers that for a lot less stress and cost you could ride Scotland or Wales and still see equally spectacular scenery – if you haven’t done those places I would definitely recommend them. 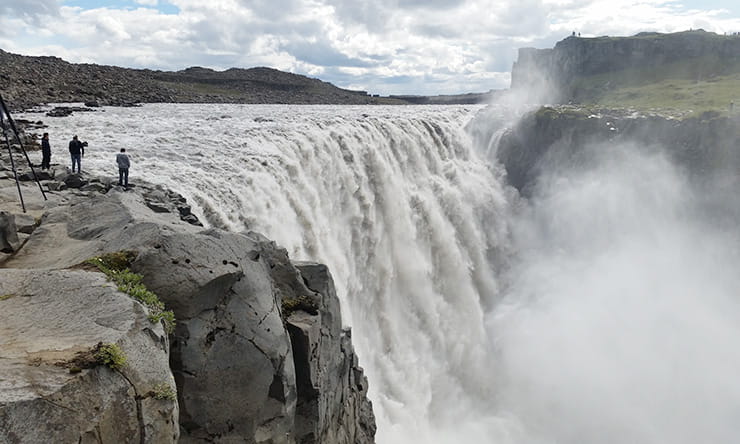 The Dettifoss waterfall is one of Iceland’s many highlights

The volume of tourism took the edge of it a bit for me. It felt like you were part of a herd at times, which is only going to get worse as the tourist numbers increase. And the lack of interaction with local people made the trip a little bit one dimensional as I usually like a good chat, or at least some interaction with the way of life of a place. At times, riding through the worst of the weather, part of me loathed it a little bit; empty, desolate, cold and wet. But it was the same mixture of feelings I had when riding through India – love it one minute, hate it the next – and in a way Iceland for me was the same; not always amazing, but certainly with something spectacular and unique about it that does ultimately reward the traveller who makes the effort to visit.

If you’re curious about making a trip there, then I would say go and see if for yourself. To be honest, it’s generally hard to regret any trip, as all will reward you with something.