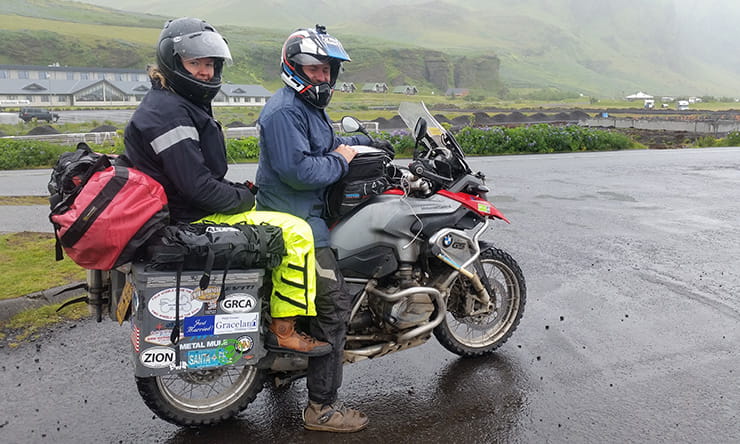 During the three week trip my wife flew in for six days during the middle. Our plan was to explore the island two-up, so on her arrival we decided to do a quick five-day loop of the island’s ring road. Given the amount of good tarmac on the island it’s a great location for two-up touring; the distances are manageable between tourist attractions and services aren’t too far apart. You just have to be prepared for the weather and have a pillion rider who’s prepared to endure a bit of wind, rain and cold until the sun comes out over in the next valley.

On the ferry to and from Iceland there were a good number of two-up bikes and it didn’t stop some of them riding the gravel or F roads either. If you and your pillion are well versed in two-up travel in a multitude of weather conditions, then Iceland could be a perfect place to explore, offering something different to mainland Europe. 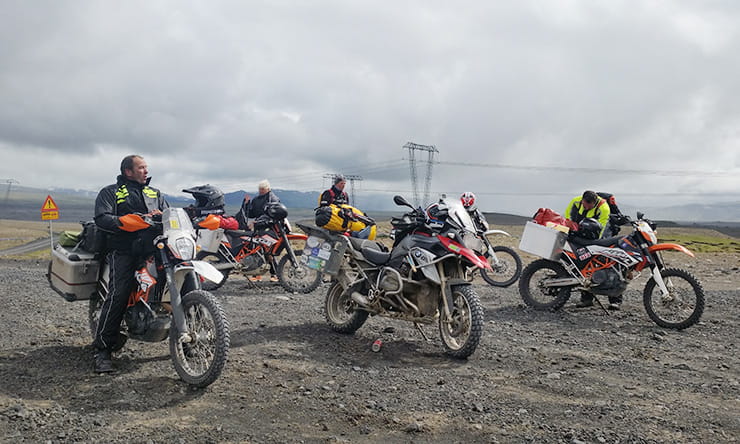 As a place for a group of mates

I think this is probably the approach that would bring out the best in the place, especially if there were a few of you into trail riding and came to do the F roads. These can sometimes be challenging in terms of water crossings, where it’s generally better/safer to be in numbers. I also think it’d be a good place for a pack of bikers to roam along the island’s many tarmac roads.

I did come across groups of Harley Davidson riders – and other types of bikes – and it looked to be a good way of sharing the sights and experiences of the island. A solo trip going from point A to point B, such as riding to the Alps and back, is sometimes made easier by being on your own and not having to consult others on decisions, but in Iceland, where you’re hemmed in by the fact that you’re on an island, it’s probably easier for a group of you to go together, ride bits of it together, or go off in different directions and meet up at the end of the day and share some company. A group of four sharing a room on the ferry would be ideal.