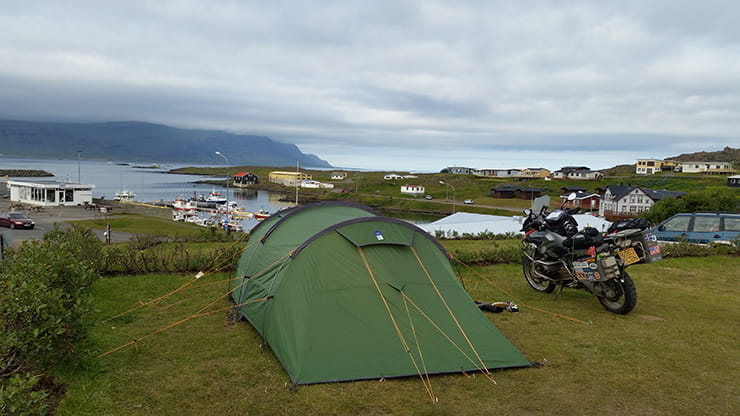 “Here’s part one of my guide to getting the best out of Iceland, with how to get there…”

I took the Smyrill Line ferry ferry to Iceland, leaving from Hirtshals at the top of Denmark, allowing four days either side of the trip to get there. That was two days to get from home in the West Midlands to Hirtshals – a distance of about 1000 miles each way – and two days on the ferry from Denmark to Iceland.

I took the most direct route from the UK to Denmark; crossing Dover to Calais with DFDS ferries, then up briefly through France, on to Belgium, Holland, a long slog through Germany, then into Denmark. It cost five tanks of fuel each way, so approximately £100, plus camping on sites that I found using my cheap Garmin sat-nav, which allows you to locate amenities on route such as fuel and camping.

If you wanted to save these four days of travel either side of the trip, it would be quicker to sea freight the bike from Immingham using Eimskip and fly into Reykjavik to collect it. The price is about the same for the flight and sea freight combined as it is for the ferry from Denmark and the ride up there; about £1200. I did enjoy the ferry though – it feels something of a voyage – and it did add something to the trip, but next time I would perhaps freight the bike in, simply for convenience. There is rumour of the ferry restarting from Scotland to Iceland, which I imagine would do quite well if it did happen… 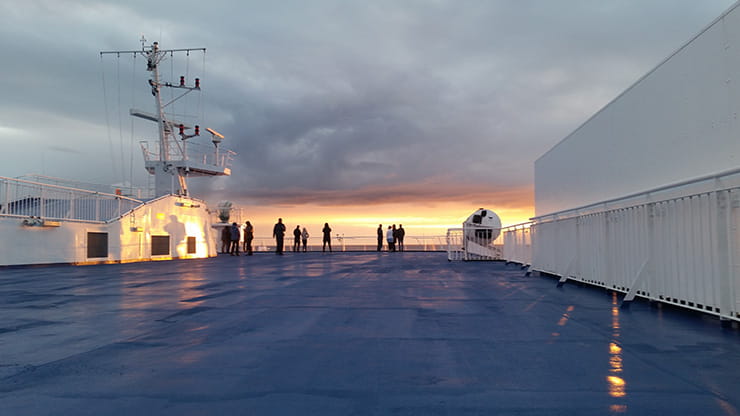 Taking the ferry from Denmark to Iceland

Through camping and taking dry foods out with me, I was able to stick to my daily budget of £50. Camping and stove cooking for three weeks can get tiresome, but it does show that you can do Iceland on a relatively small budget if you go prepared. The biggest expense comes in getting there and back; in total the four week trip, three of those weeks in Iceland, four days either side getting there and back, came to approximately £2700. The breakdown of those costs are as follows:

Iceland isn’t the cheapest place to ride, but if you go prepared and are willing to camp then other than the ferry to get there it has no reason to cost you any more than a similar trip around Europe. The only issue is that given the cost of hotels/restaurants etc, it’s not affordable to splurge if the weather’s bad or you feel the need for a proper bed or meal.

To save money you can get a camping card for 149 Euros, which does make sense if you’re travelling for between one and three weeks, especially if travelling as a couple or as a family, as it then allows you free stay on 40 campsites around the island. Many of the service stations also offer discount cards that can reduce litre costs by a fair bit, though it might prove impractical on a roaming trip where fuel stops are unscheduled.

The best fuel place I found was Olis (a green and yellow sign), which has good WiFi at all its locations, and with one of the free loyalty cards you get a complimentary coffee with each fill up. Supermarkets Netto and local brand Bonus are also cheap places to stock up, with prices a bit higher than the UK but still manageable. You find these in the towns, but even service stations have a good supply of stock.

In terms of mobile phone coverage, with relaxed data roaming rules for Europe, your existing contract and tariff should still apply, though of course do check with your operator.