Touring Turkey. A guide to one of the world’s best biking countries. 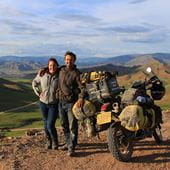 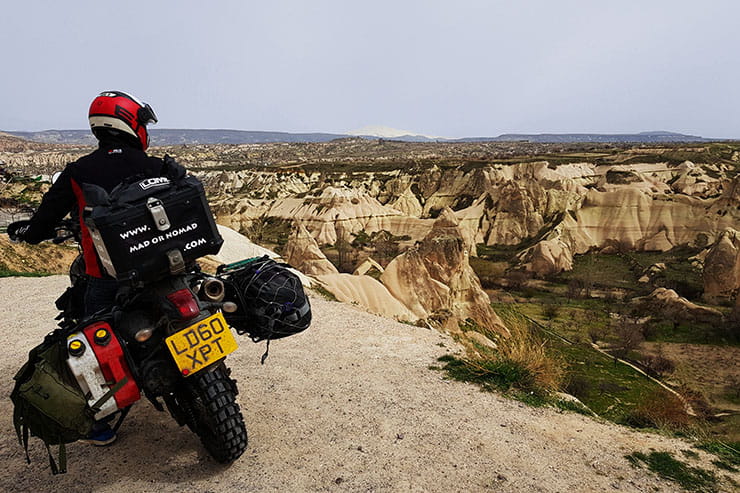 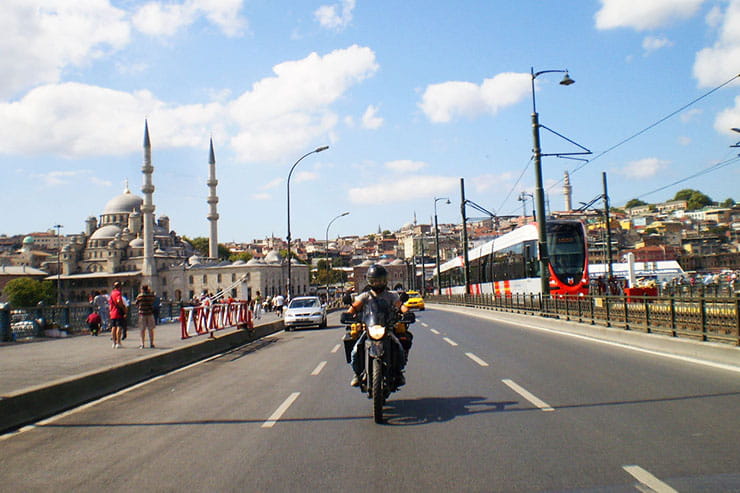 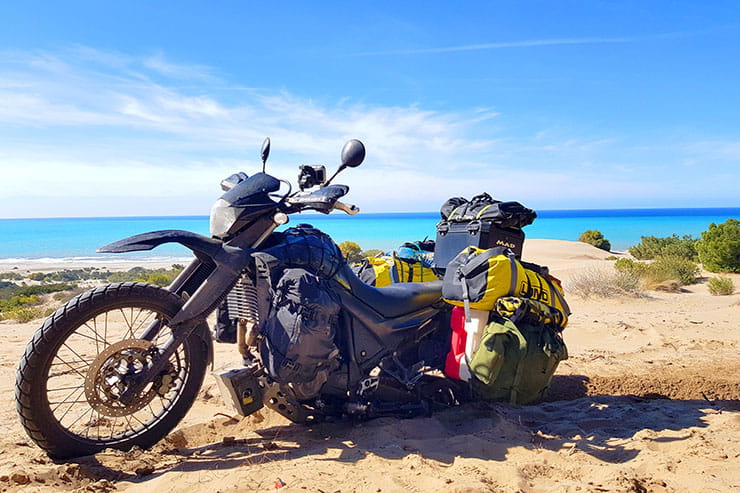 Turkey is filled with ancient wonders, civilizations and incredible history; Crossing the Bosphorus Bridge is your gateway into Asia ;The beaches in Turkey are stunning… but not great for riding

As you cross Istanbul’s mighty Bosphorus Bridge, you’re literally riding into Asia and leaving Europe behind. Prepare yourself for an intoxicating concoction of melding worlds, ever changing landscapes, incredible hospitality, mind-bending history and mouth-watering food. Turkey is a place like no other, it’s an explorer’s dream and there’s no better way to discover it than on two wheels. Here’s what you need to know about riding there… 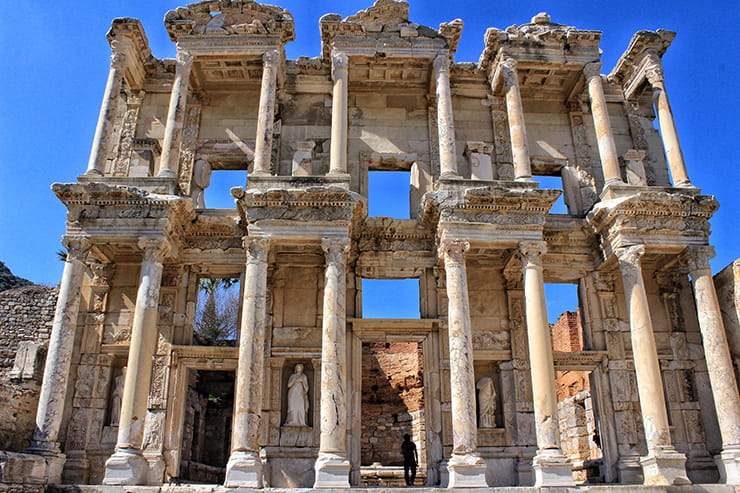 How do I get there?

Getting there is half the fun. Forget about the old South of France run and the Spanish summer blast… this time you’re heading East. You’re looking at around 1,800 miles to Istanbul with a maze of route choices. You can take the eastern route and dive into Slovakia before slicing your way over Romania’s epic Transfargarasan, or dip south through the big Bs; Budapest, Belgrade and Bulgaria. Either way, all the new scenery is just preparation for what’s to come… 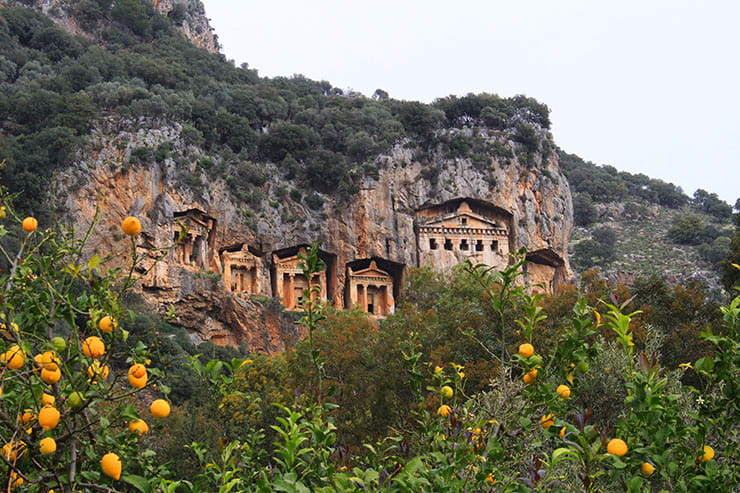 Where should I go when I’m there?

You’ll need a few days in Istanbul’s melting pot, just to get used to the thick muddy coffee, deliciously sweet tea and insanely delicious food. Don’t forget to check out the Hagia Sophia, Sultan Ahmed Mosque and wonder through the bazaars in between all the eating and drinking. With more hairs on your chest from the coffee and a loosened belt buckle it’s time to start exploring the rolling backdrop that is Turkey.

Head south west to the old battle grounds of Troy then wiggle your way to the coast. If you’ve got a ‘Dynamic’ setting on your bike - now’s the time. Chasing the Turkish coast is like flying along a ribbon of spiralling black tarmac winding its way round cliff edges… and you’re going to love it. You can’t get lost either, just keep the sparkling blue Aegean and turquoise Mediterranean Seas on your right shoulder. Stop off at roadside cafes for fresh orange juice and grilled fish as you take the road from Bodrum to Marmaris, Fethiye, Kas and then Antalya.

Don’t get too carried away with the switchbacks though. This part of the route is peppered with incredible historical sights and wonders from the ancient world. There’s Ephesus, a 3000-year-old city first belonging to the Greeks, then Persians and Romans. It was once one of the most important cities in the world with around 40,000 residents and brimming with pilgrims, merchants and traders from all over Asia. You can stroll around the ancient libraries, walk the old streets and take a pew in the colossal coliseum.

You’ll also find the natural wonder of Pamukkale and its lava heated mineral pools, thousands of Roman ruins, tombs carved into Dalyan’s mountains, the eternal flames of Cirali and so much more.

But if there’s one place you must visit on your bike, it’s Cappadocia. It’s one of Turkey’s brightest highlights and the surrounding area is a bike traveller’s dream. There’s nothing like it anywhere else on earth, spiralling fairy-tale rocks shaped like miniature mountains fill entire valleys. Get closer and you’ll see that most of them were hollowed out by families who lived inside them thousands of years ago. Gargantuan underground cities, 200 feet below the surface, capable of holding 20,000 people with complex tunnel systems, ventilation shafts and schools. And if going underground isn’t your thing, then it’s also one of the best places in the world to take a hot air balloon ride. But more importantly, click into gear and chase the tracks through valleys, around the mountains, past the castles and spend as much time as you can exploring this fascinating, ancient wonder. 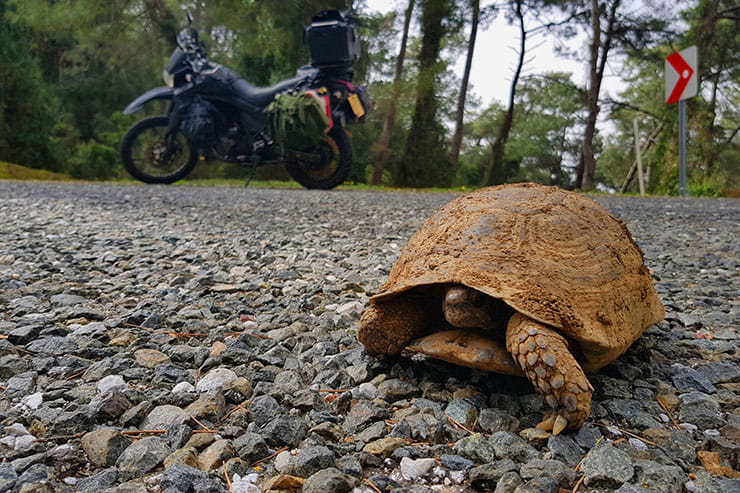 And keep an extra eye of for tortoises

The Turkish people are among the kindest, friendliest and most warm hearted we have ever met in over 15 years of travelling through 80 countries. Of course, there are good and bad everywhere so keep an eye out in cities and tourist spots - advice for the world over. But away from all of that, expect genuine kindness and deep hearted hospitality. Offering tea is customary and should be expected and accepted as you make your way through the country. Sharing tea, often leads to invites of dinner with families to staying in the family home to continuous dinner parties. It’s inexplicable. 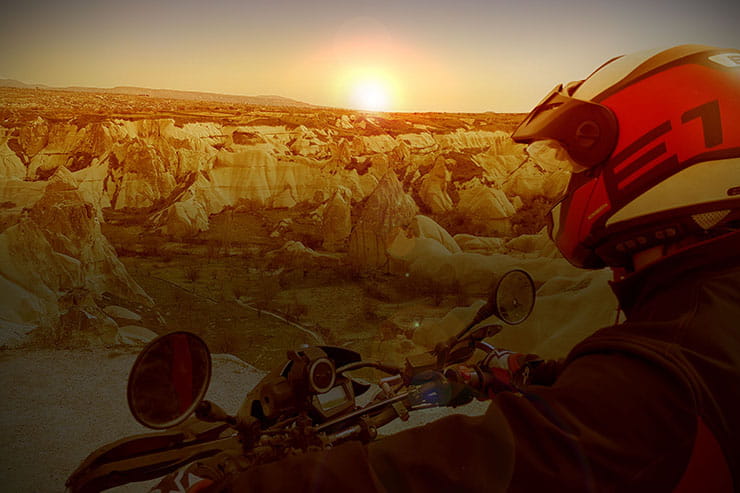 Riding around Cappadocia is a Turkish Delight

What paperwork do I need?

As a Brit, you will need a visa to enter Turkey. You can get the visa at a land border and it will cost about £25 and last 90 days.

If all else fails, you can buy the insurance at the border. If that’s your only option then buy on the Bulgarian/ Turkish border as the Greek/ Turkish border will sting you for about £200.

Other than the visa and insurance, you will need your driver’s licence, International Drivers Permit (available from the Post Office for about £5) and your V5. 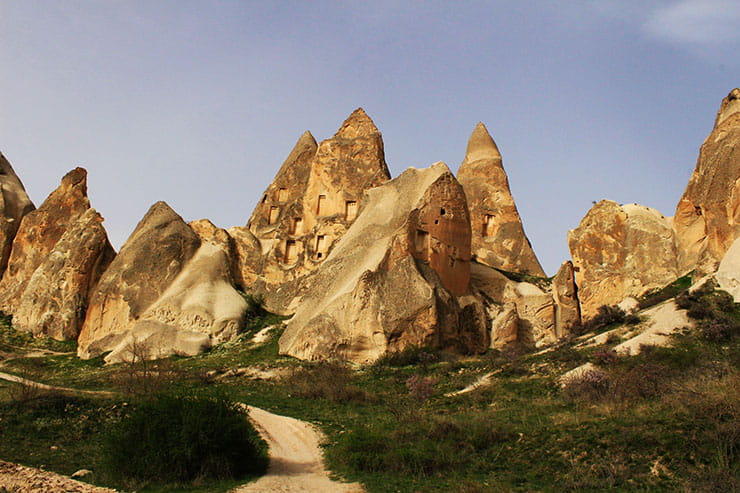 Bike trails are strewn all over the country

Petrol is expensive in Turkey but not much else is. Accommodation can be extremely cheap and affordable. Make use of AirBnB, you can get some incredible deals on there for lovely apartments for next to nothing. The free Couchsurfing website also works full swing in Turkey so give that a go if you fancy it. Food and water are cheap and you can free camp anywhere. 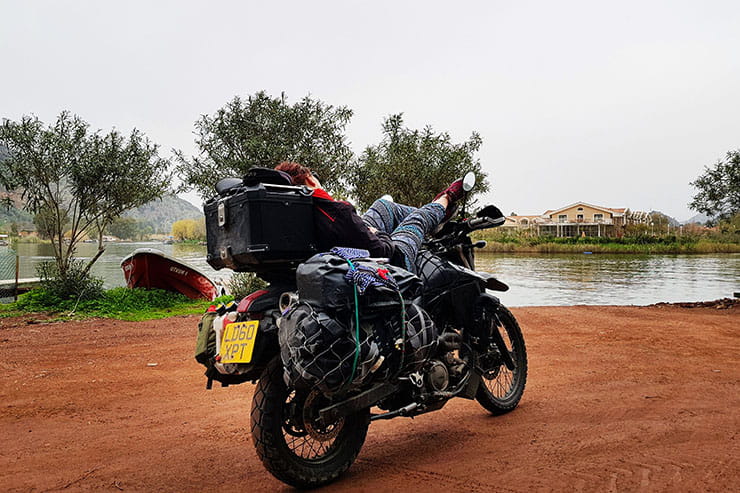 It’s a relaxed and easy country to travel through, expect plenty of lazy days

The mass majority of Turkey is safe. The south east of Turkey near the Syrian and Iraq borders are currently considered unsafe by the FCO, which advises against all travel to those areas. Watch out for pickpockets in large cities and be careful of stray dogs in the rural areas, especially at night. 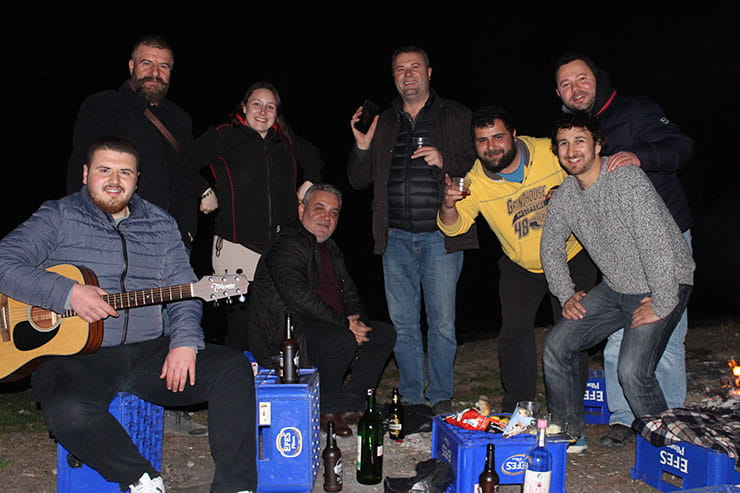 The Turkish are incredibly hospitable and you’ll make friends for life!