Tour on any bike | 1: Choosing your motorcycle 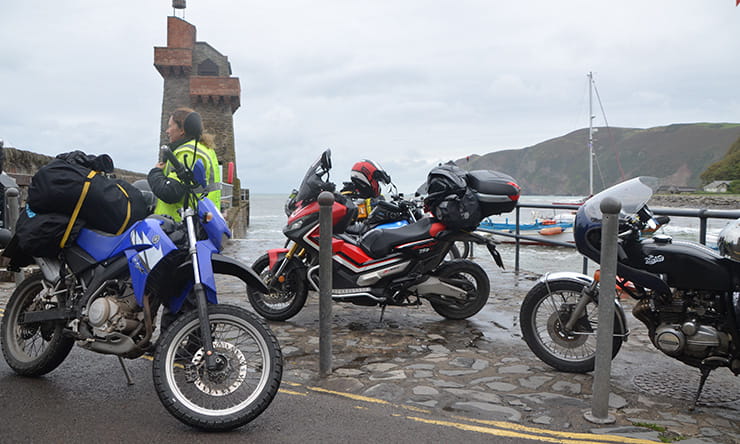 When choosing a bike for touring or adventure it’s important to look at how far you plan on going, in how much time, what will the road conditions be and how much luggage capacity you’ll need. Also, whether or not you're going to be carrying a pillion.

Touring traditionally implies covering long distances, in comfort and often in some part involving motorways. It's why touring bikes tend to be large engine machines with good weather protection and luggage capacity. But touring can just as easily mean taking smaller roads at a slower pace, and so if that’s your plan then your choice of machine could be different. Accept that whatever bike you choose there will always be compromises and that you can never have the right bike to cover all situations.

Another way of approaching it is to look at the bike you already own, see what it’s capable of and what sort of trip it might suit, and then set about planning a route and an itinerary that will work to its strengths. From that you can decide what volume of equipment and gear you're going to need, and also what you’re able to carry. If you own a sportsbike with limited comfort and carrying ability then consider B&Bs, with manageable daily distances. Likewise, if you’re new to biking and riding a low capacity machine then plot a route taking in mainly B-roads – you’ll see your country from a different perspective.

A large tourer will give you scope for quicker trips to further away places, but question what you want to get out of the journey. Do you want to hurtle through scenic landscapes with no time to stop having set yourself a huge daily distance, (allowing for little time off the bike), or do you want to slow the pace down and enjoy the riding and the places; the people, you might find along the way? Equally, the challenge of covering great distances and reaching far-off places is often part of the appeal of motorcycle riding, so again, there is no one best way. It's just important to start by asking yourself what you want out of the trip.

I find a good safe bet for a daily distance is about 200 miles. That gives you time to see things and end the riding day at a sensible hour, not well into darkness (and make allowances for things not going to plan). Average speeds on trips are generally much less than you might initially imagine – 30mph, taking into account fuel, food and photo stops, isn't as easy as it sounds, so that 300 mile tour of the Scottish Highlands could take you a good ten hours, or a day and a half on the bike, rather than a single day. Be ambitious, but also realistic, that’s the key regardless of which bike you choose to go on.