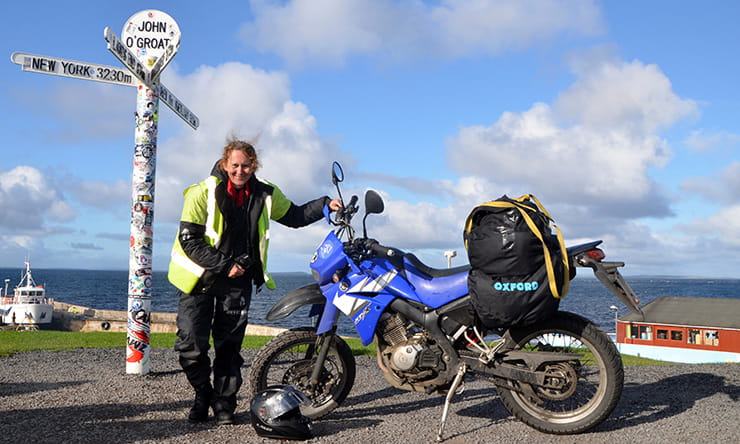 It was in the shed, I’d never ridden it, it was too tall for me and it wasn’t running. It seemed ideal!

Apart from a faulty rear tyre, which we sorted along the way, it was awesome. It would sit at 55mph, which was ideal for the majority of the roads, and it was so light you could throw it around the twisties. I covered 1708 miles in ten days without getting tired or any aches and pains. The only time I wished I had a bigger bike was on some of the long stretches of the North Coast 500.

I used second hand Oxford 48 panniers and a £10 QBag, which I strapped on the seat.

The bike’s not built to carry luggage and I didn’t want to spend much money. The QBag was great – it rained constantly but everything stayed dry (until I burned a hole in it on someone else's exhaust… don't ask!).

Spare clutch lever (I have form), otherwise it would have been game over on the penultimate day. That and waterproofs!

Cutlery, but nothing to cook on. I don’t know what I was thinking.

Take better boots (mine leaked) and I should probably wash more often.