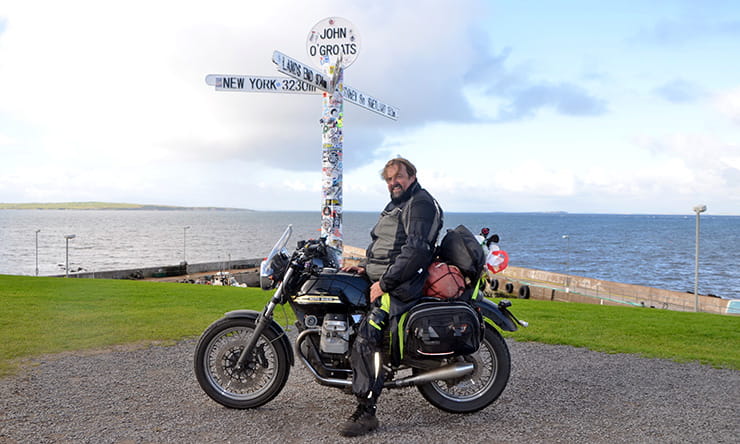 After 33 years of riding it's my favourite, at least so far. And it’s my only bike that’s suitable for a long trip.

It was perfect as far as I was concerned; light, great at low speeds and great on the faster roads and motorways. I was a bit jealous of heated grips and USB ports but I'm an old-school biker so, meh!

Panniers and a roll-top rucksack. I eventually realised that strapping it all down with ratchet ties was best.

Blind guesswork at first. It's been 20 years since I last rode over 50 miles in one trip.

That's tricky, but good waterproofs. When I finally got them in Matlock I found them pretty important. And ear plugs!

Fishing rod and hammock, but I'll definitely take them again! The one night I got to use my hammock was heaven.

Pack lighter and splash out on really good bike clothing and boots. My tent was ace but I think that if it's not too heavy, a Lone Rider bike tent would be better.