Why you must ride Croatia, and how to do it 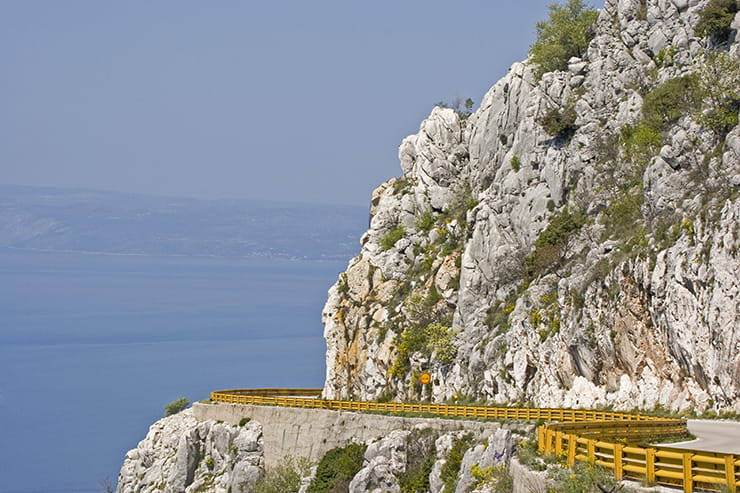 If you want to experience incredible roads, featuring awesome mountain switchbacks and the most beautiful coastal views, we strongly recommend you ride Croatia.

But don’t hang about – it’s a country that’s rapidly becoming the place to go on holiday. The airport in Split is expanding and hoteliers are frantically looking for more plots to cater for the expected exponential growth.

Food is relatively cheap, the locals welcoming, and the vibe extremely relaxed. You could ride there, and it’d be the trip of a lifetime, but other options include using BikeShuttle to get your machine to Geneva, then crossing the Alps to skip a day or so crossing France. Or for a big adventure, you could get your bike taken to Bulgaria with www.bulgariabikeshipping.com, then ride home through Croatia.

Perhaps the easiest option, and one that would give you a truly awesome experience, would be to hire a motorcycle. We rode Croatia on Harley-Davidsons, and you can do exactly the same by searching for rentals all over the world at the Harley website.

While there are Harley-Davidson dealerships in Croatia, they don’t currently offer rental, but a quick search on the site shows two in Austria. We spoke to the closest – Harley-Davidson Kärnten MotoDrom in Klagenfurt, who confirmed that their rental agreements allow riders to travel across borders. You could have an incredible trip riding through Slovenia and into Croatia, without the long haul all the way from the UK. 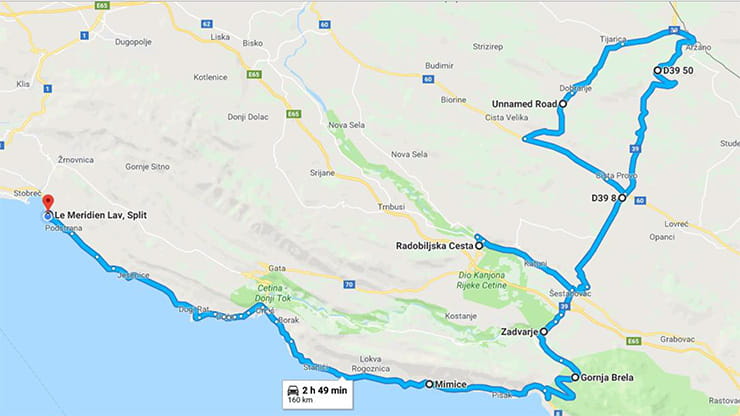 Where to ride in Croatia

Mototrip Tours, has some of its favourite roads listed, but the coastal scenery of Croatia is sublime. During the launch of the new Iron 1200 and Forty Eight Special we rode from Split, through beautiful Omiš, then through Gornja Brela on the 39, up to Aržano on the Bosnian border.

We also did a loop from Split through Sinj, Vrlika, Knin, Kistanje and down to Šibenik then back along the coast. 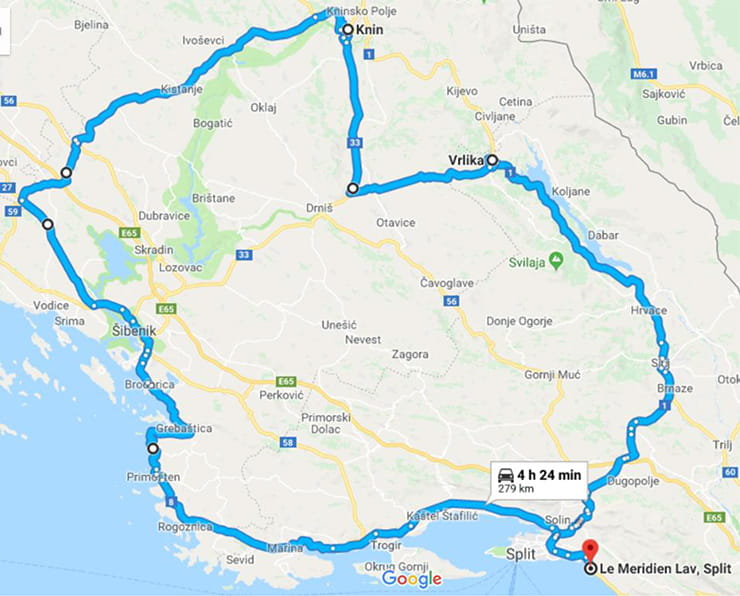 Ultimately, the roads are generally beautiful (even the motorways), and very quiet at the end of April when we went. Temperatures were around 23°C, but the average at this time of year is 13°C. June is when the tourist season really picks up, and you can expect the hottest temperatures (average 25°C) in July. April will typically have eight rainy days in the month, dropping to seven in June and five in July. In peak season, the sea is apparently wonderfully warm to swim in too.

A few quick clips from Croatia

If you are stopped by the police, they can impose and collect on-the-spot fines, but you don’t have to pay immediately. In this case you’ll be issued with a ticket, and the fine must be paid within eight days at a post office or bank, but officers are allowed to confiscate your passport until the fine is paid.

In an emergency, dial 112 for an operator that can speak English (and Croatian and French) For the latest UK government’s travel advice, click here. 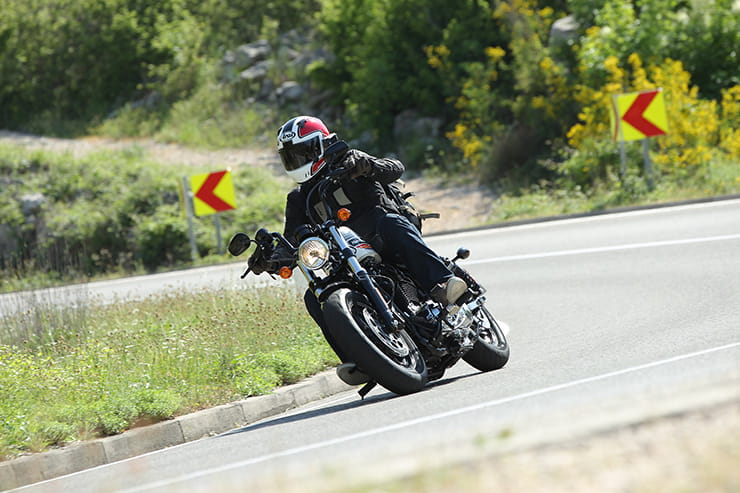 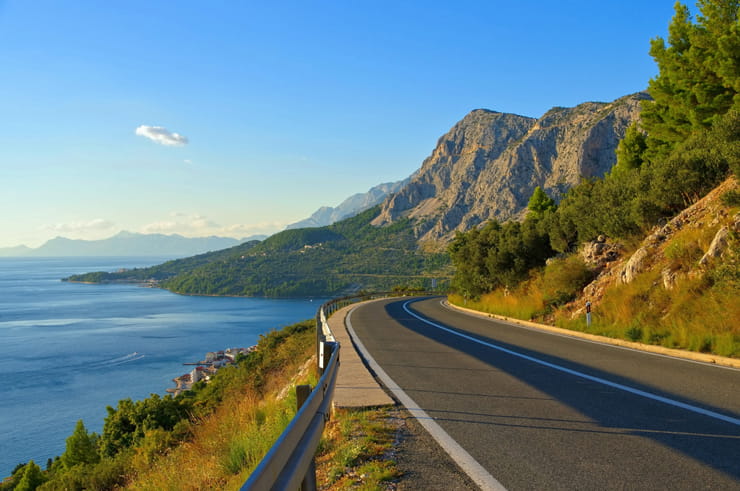 Motorways and tolls in Croatia

Motorways are denoted by the letter A, followed by two digits. The signs are green, with a picture of a motorway on them. Many of the motorways have tolls, with two payment methods: In the ‘open toll’ system, you pay as you enter – you’ll usually find this on short sections of motorway, as well as bridges and tunnels. The ‘closed toll’ system gives you a toll card on entering, which is used to determine payment when you exit ­– you’ll find this on the larger motorways.

You can pay tolls with local or foreign currencies, using cash, credit card (Mastercard, Visa, American Express, Maestro and Diners), cheque or through a subscription if you’re going to be there a long time. 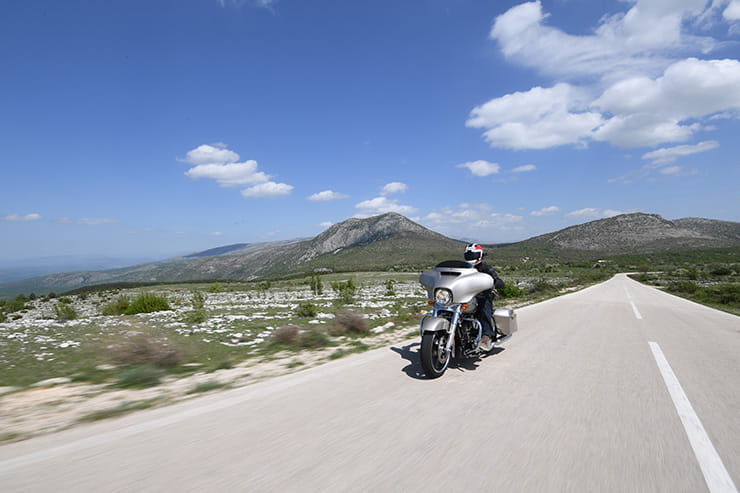 Other things to know

Most fuel stations on major roads and in the larger cities are open 24 hours a day, the others from 7am to 7 or 8pm, though in summer they tend to stay open until 10pm. All of them accept payment by credit card.

Watch out for dogs at the side of the road – they have a tendancy to run out in front of you at the last minute. Then dart back again for another attempt. 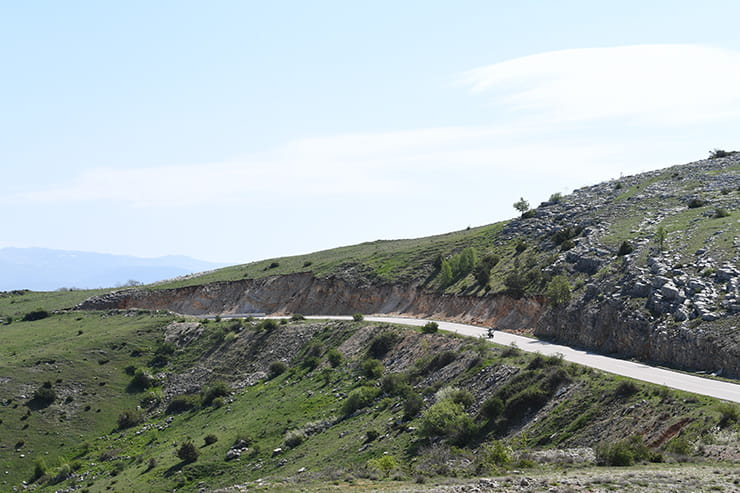