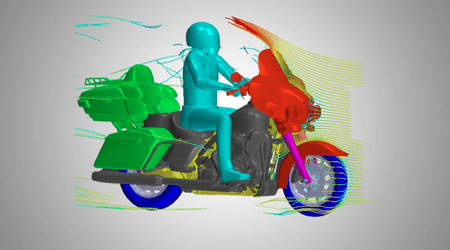 For a motorcycle manufacturer of 110 years, the designers at Harley-Davidson certainly aren’t using century-old techniques to develop their new bikes. The new wave of Project RUSHMORE machinery features a re-styled fairing, which was developed using the virtual science of CFD (computational fluid dynamics), before prototype bikes even made it to the wind tunnel.

The manufacturer claims that the new Batwing fairing, which equalises airflow and contributes to a significant 20% reduction in head buffeting, is the result of more than 3,000 test sessions in the wind tunnel – as well as the analysis of real-world data obtained from real riders. But it’s the objective aerodynamic testing that can be of most value. For racers too... 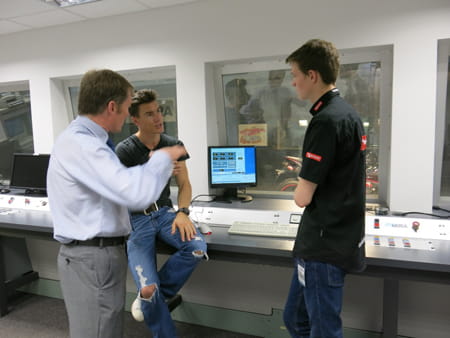 Former double World Champion motorcycle racer James Toseland knows only too well the importance of aerodynamics on the race track and he, along with British MotoStar competitor Joe Francis, recently participated in a wind tunnel experiment to test the impacts of racing on the body.

Over the years, motorcycle technology has developed and racers have had to adapt their fitness in order to withstand the demands of higher G-forces on their bodies. Wind tunnel testing was a good way to visualise the speed and stresses of this. 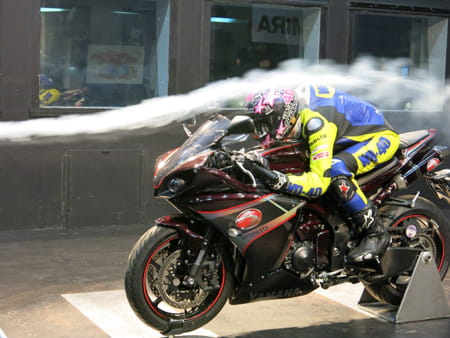 This type of testing is also playing a large role in James’ imminent land speed record attempt – as so far this is the closest the technicians have been to ‘practical’ testing. Read James’ thoughts on his record attempt here.