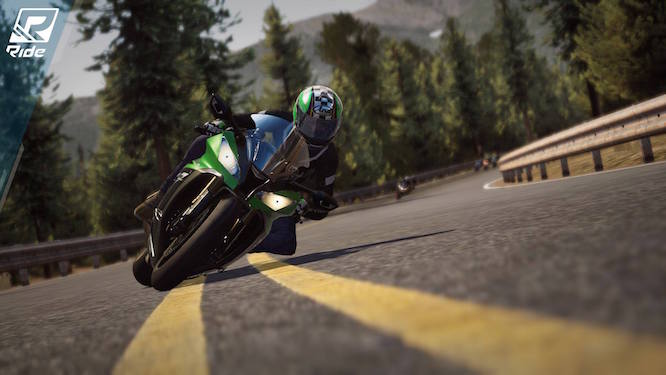 When it was announced that Milestone, the firm behind games such as the most recent SBK and MotoGP series, would be producing a motorcycle simulation game, I got very excited.

It would be the first bike simulator since Tourist Trophy was released 2006. Following a game as good as Tourist Trophy, which was made by the same people who produced the record-busting Gran Turismo, would be a big ask for the Italian firm.

Having produced a brilliant series of World Superbike games before taking over the right for the official MotoGP game two years ago, there was never a doubt about Milestone’s ability to build a good bike game, but Tourist Trophy was developed at the hands of some of the industry’s finest.

With 14 manufacturers signed up, including all the main players plus a number of exotics, things got off to a great start. There is a fantastic selection of motorcycles from a range of categories. There could be a few more smaller capacity bikes, especially with the recent surge in 300cc motorcycles but you can’t have everything and where’s the fun in riding 10bhp 125 on your PlaySation?

They may not have got the bottom end spot on, but they nailed the exotic category. A hit for me has to be Ducati’s Panigale Superleggera, released just over a year ago, but there’s the Desmosedici too, as well as the quirky, electric Energica Ego and some modern classics like the 996 and early GSXR1000s plus more. 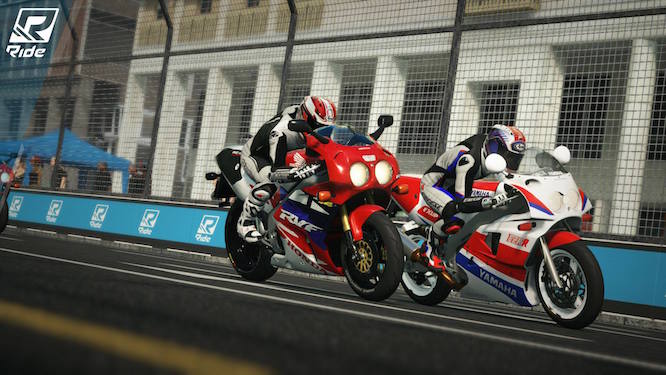 As soon as I got the game, the first thing I did was to select a random bike, on a random circuit and ‘went for a ride’. The best thing about Milestone’s Superbike and MotoGP games was the realistic handling. OK, you don’t exactly have the wind pummeling against you but the basics are there – too much gas, coming out of a corner, you’d be on your arse; in too hot, you’d run wide; power wheelies the lot. Bike games can feel too much like games, if you can hold full throttle going through a reasonably tight corner – yeah it’s great for kids but for not for the motorcycle enthusiast who meets the target demographic for this kind of game.

The handling on Ride is a step up on the MotoGP game. You may have seen the video of a lap with a HP4 on Facebook? You might not have noticed, but this is game footage from Ride. Yes, the graphics are that good! But look at the precision in which the HP4 is being ridden – I tell you now, that isn’t easily replicable. I can’t do it, the moment I fling out the back end I end up running wide and landing on my backside but it is so fun trying.

One way to tell how good a games handling is, is to check out how you can modify and tune your bike and Ride takes this to another level. You can purchase all sorts from race-spec ECUs and fully adjustable gearboxes and suspension to higher specification engine oil. What’s more is they’ve done deals to brand some of these up, for example if you upgrade your engine oil, it’s to Castrol’s finest. That goes for riding gear too, you’ve got Alpinestars, Dainese the lot. It makes it feel really authentic; if you want to be kitted head to tow in Alpinestars with an Arai RX7-GP helmet, you’ll have to save up for it – just like you would in the real world (fortunately it doesn’t take quite as long as it would in the real world) 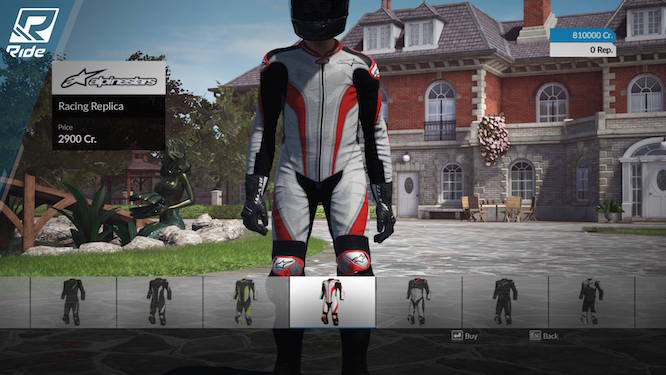 When you spec-up your bike, it really changes the feel. I got my hands on an Aprilia RSV4, spec’d it up to the hilt – full factory everything producing something stupid like 240bhp. Try riding that round a circuit like Imola, even on a game, it takes skill!

Riding around on your own is only fun for so long, so the crux of the game is based around racing but you have to spec your bike to be competitive. Each race earns you credits (staggered by result) so you can ‘afford’ to move up in the motorcycling world. You’re soon building up quite the garage! There are World Tour and Elite events for each category of bike, it would take a fair amount of time to complete so there isn’t the worry of getting through the game in no time.

There are some pretty cool circuits, including Donington, Imola and Road America. There are also a load of ‘originals’ ranging from street circuits, a Stelvio Pass circuit, country-road circuits and more. However there simply aren’t enough and there certainly isn’t enough variety.

Everything feels tight and twisty, I couldn’t really find anywhere to truly stretch the legs of the RSV4 I’d spec’d up, let alone the Ducati Superleggera or GMT ’94 Yamaha race bike. This is perhaps the most disappointing aspect for me; Milestone is a company that has some of the world’s best circuits in their gaming archives, including Mugello, Silverstone, Misano, Brno, Jerez, Phillip Island and every other circuit on the GP calendar. It wouldn’t take much work to put one of these into the game as they already have all the graphics! It’s like they’ve tried to focus it more around road circuits, which I totally get the point of (afterall, most of us ride our bikes on roads) but when they all feel the same I’d much rather have the classic options too. It is rumoured they might release these as downloadable content. 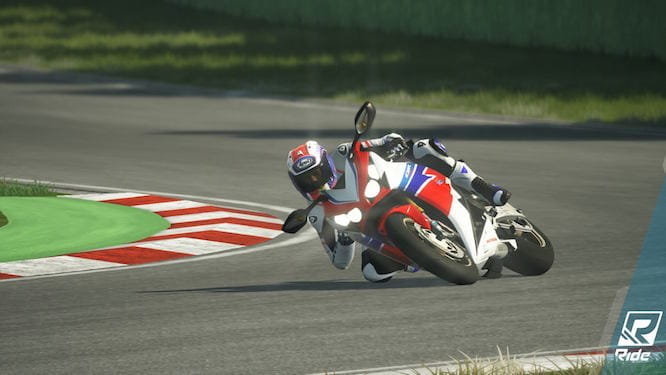 There’s also the small problem of how glitchy the game is. I almost couldn’t believe it at first, you’d scroll through your garage and select your Triumph Daytona 675 but the bike in the picture would be a GSX-R1000. If you finish second in a championship but win the last race, you still get first place in the championship and all the cash (hey I’m not complaining) and it does like freezing every now and then. Loading times are ridiculous; every time you load a new race/circuit you’re left waiting for over a minute, which in the modern gaming world just isn’t good enough.

If you look down the game’s Facebook page there are a multitude of other glitches people have found, in some ways it’s like the game was released too early in an unfinished version.

With the glitches and the lack of circuits, it makes it feel a little bit cheap but then again, it is cheap. On pre-order, Ride cost £27.99, which is incredibly reasonable for a brand new game. To prove my point, the pre-order price on the new MotoGP game is £51.

The game has a lot of potential, but it feels like some corners have been cut and that does let it down. I hope there will be a follow up because it would be brilliant if the issues from this version are resolved. Even if that meant an extra tenner on the price tag and a slightly longer wait for the game.

After a while, you get used to the glitches and I can’t stop going back to play this game. The positive points, namely the handling, make it a joy to play and I’ve spent so much time perfecting my riding style on different bikes. The biggest problem for me is the lack of variety when it comes to circuits, if more don’t become available I could soon get bored.

At £25, I would recommend this game to a friend, but don’t expect it to be game of the year. It looks like Milestone are lining MotoGP ’15 up for that…