Whatever confusion Brexit may be generating elsewhere, 16 is STILL the magic number when it comes to starting out on powered two wheelers in the UK.

That’s the youngest age anyone can qualify to ride a powered two-wheeler on the road, and although that age also restricts you to just 50cc and machines capable of no more than 30mph, there is now a larger and more varied choice of machines on offer than ever before. In other words, there’s never been a better time, if you’re 16, to put away the PS4, switch off Netflix and do something far more cool and exciting instead.

To help you do just that here’s our latest, updated choice of the 10 best 50cc machines around. 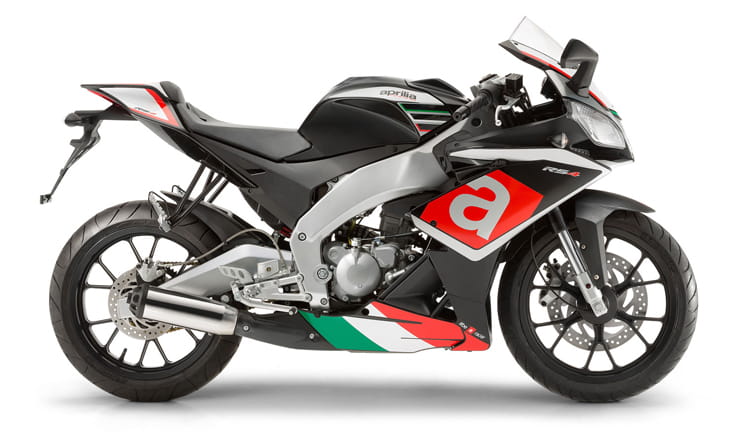 50cc sportsbikes simply don’t get any more desirable, good-looking, well-specced… or expensive. Now nudging £4K, the gorgeous RS4 from Italian lightweight specialists Aprilia is based on the full-size, high specification rolling chassis of its RS4 125 big brother, including aluminium twin spar frame, inverted front forks along plus monoshock rear all clothed in RSV4 superbike-style bodywork. The engine, meanwhile, may only be 49cc, being a liquid-cooled two stroke in place of the 125’s four-stroke means it has plenty of racy character, too. 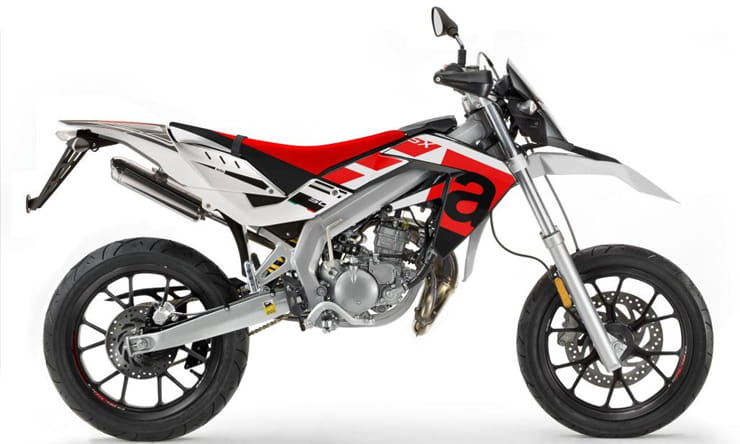 Italian firm Aprilia isn’t restricted to sports-style exotic 50s. The SX is a true, rip-snorting supermoto styled machine – ie an upright motocrosser but with street wheels, tyres, brakes and so on – but based on the same high specification rolling chassis as its RS4 brother. That means the SX has an identical twin-spar aluminium frame and liquid-cooled two-stroke, single-cylinder engine, but this time with longer travel, conventional, Marzocchi forks at the front and all wrapped up is super-sexy, supermoto bodywork. Again, the SX isn’t at all cheap, but supermoto 50s don’t get any more alluring. 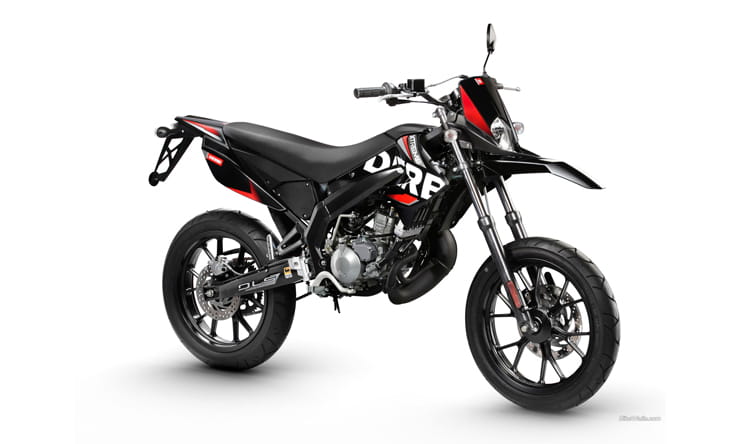 Spanish firm Derbi has always been reknowned for its racy lightweights, whether that is sports bikes, trailies or supermotos and the same is still true today. Now, like Aprilia, under Italian Piaggio ownership, its machines are as racy as ever although now sharing many parts with its Aprilia stablemate. The Senda DRD Extreme 50 is its trail/supermoto 50 family and comes in a variety of guises. All have twin spar frames, two-stroke engines and delicious styling. 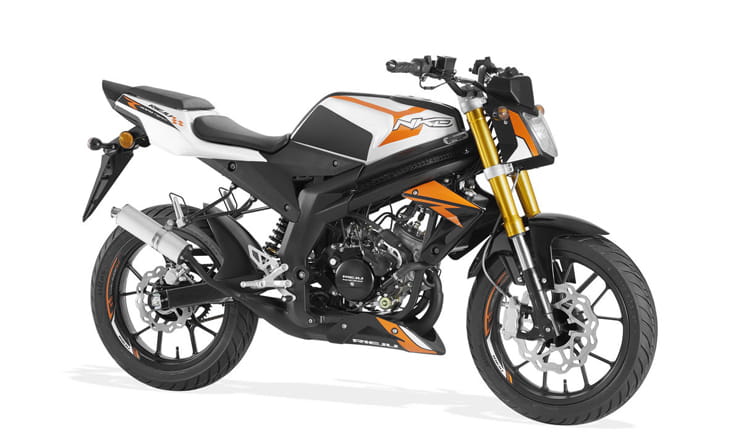 Rieju are another lightweight specialist Spanish manufacturer, reknown for its sports, trail and naked styled bikes all using Yamaha-derived Minerelli liquid-cooled, two-stroke, single cylinder engines in a ‘dual perimeter’ spar frame.  The NKD is the ‘naked’ version of its RS3 sportster and as such, is not only cheaper (as it doesn’t have a fairing) but also more upright and easier to ride, without losing any of its sporty style and performance. 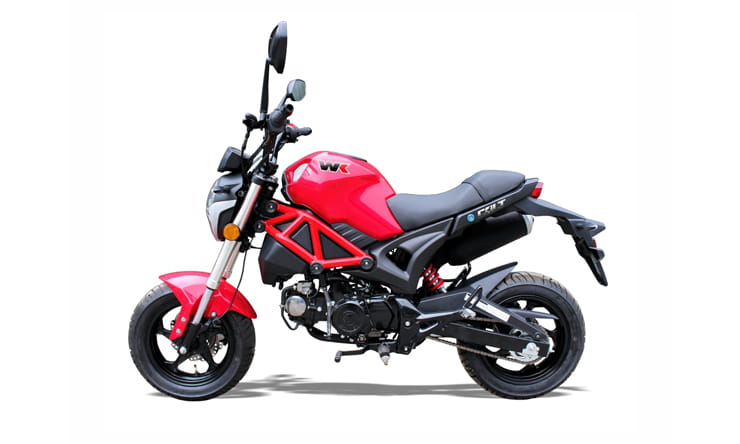 New for 2017, and bound to be popular due to its style and price, is this new Colt 50 from Chinese manufacturer WK Bikes. Already popular in mainland Europe, the Colt is a cute-looking, Honda Grom/MSX125-inspired, easy to ride minibike powered by an air-cooled four-stroke engine and with a tubular lattice-style frame and an LCD dash. It’s temptingly cheap, too! 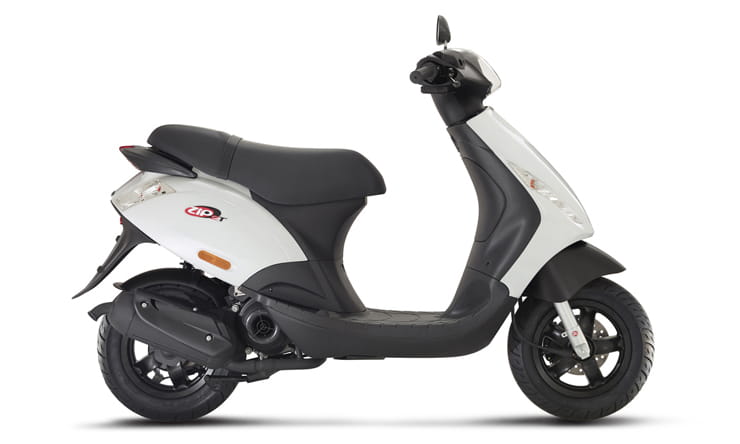 No longer quite as cheap as it once was, the long-lived, small-wheeled Zip 50 from Italian scooter giant Piaggio remains decent value and a tempting choice. Despite the small 10-inch wheels the Zip is great handling and has been a popular racer – both Leon Haslam and James Toseland started their racing careers on Zips. What’s more, it’s robust, there’s plenty about with loads of accessories available and, being small, an absolute doddle to ride as well. 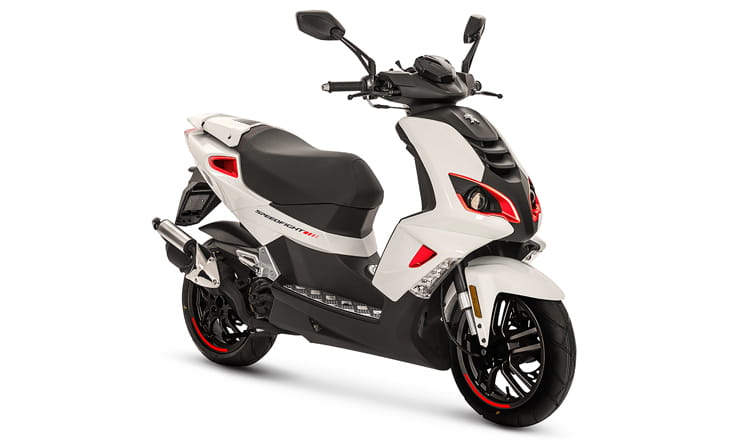 Peugeot’s long-lived and enduringly popular Speedfight sports scoot has long been the benchmark in the class thanks to its blend of good looks, performance and value and the latest ‘4’ version continues the theme. A variety of different specs and variants are available but as a classic, good value, two-stroke sports scooter over half a million customers since the original went on sale in 1996 probably can’t be wrong… 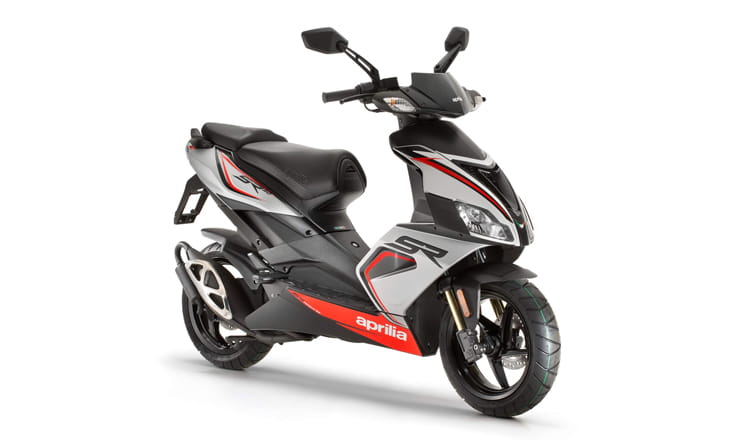 If your budget stretches a little higher and you fancy your sports scoot to be Italian rather than French, Aprilia’s enduringly popular SR 50 is still the definitive article. Good looking with lines reminiscent of the RSV4 superbike, sweet handling and, thanks to its liquid-cooled, two-stroke engine, as quick as anything else in the class, the SR remains the classiest sports 50cc scooter out there. 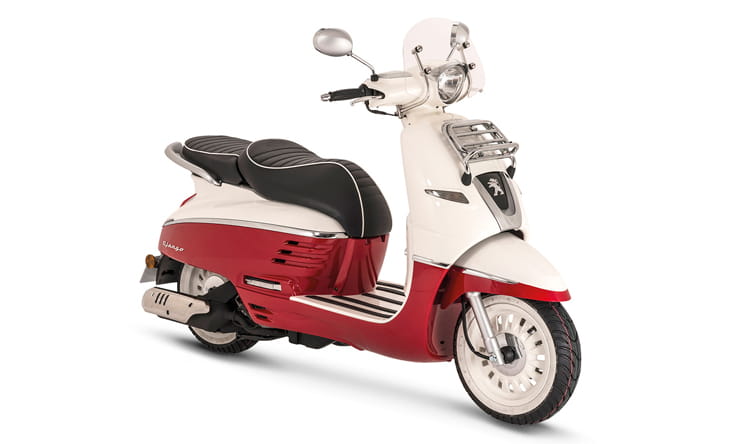 If your taste in scooters is less sports and more traditional or retro, Peugeot’s Django, which comes in four different 50cc styles as well as larger-engined variants, is one of the best. There are now three versions: the retro Evasion, Sport and S. All are stylish, generously proportioned, well-equipped, decent value and are powered by air-cooled two-stroke engines. 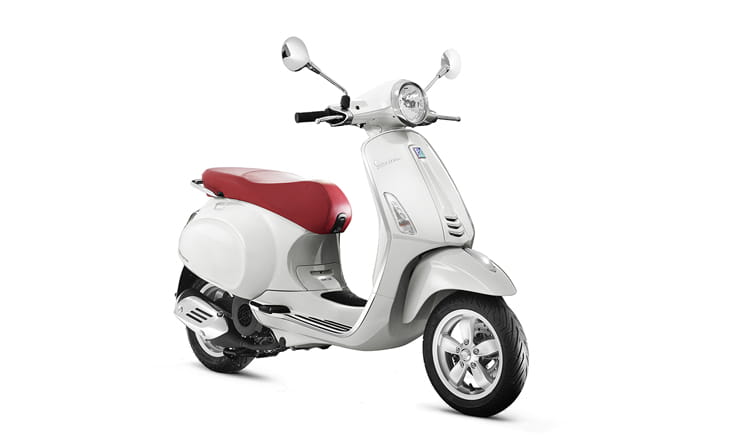 Probably the classiest and certainly the most expensive of all classic, retro-styled, 50cc scooters, the Primavera 50 is an all-metal bodied traditional style Vespa with modern features such as electric start, a disc brake up front and underseat storage big enough to take a full-face helmet. 50cc scooter style doesn’t get any classier…