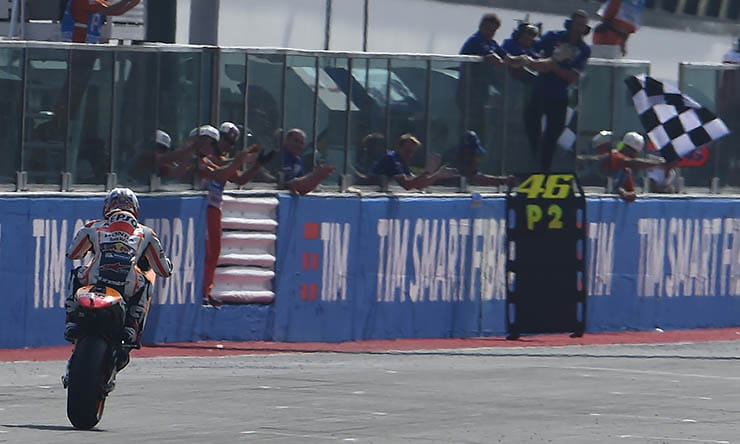 As we approach the end of 2016, we've asked the entire BikeSocial team to share their best moments of the year with us. Today it's the turn of new boy Chris Newble to look back on his year in bikes...

Seeing Dani Pedrosa (pictured) work his way through the pack and win at Misano was a real highlight. Not only was it great to see Dani back on the top step, but he also became the eighth different winner in eight races. The first time its ever happened!

For me, attending my local charity bike show in Sevenoaks has to be my biking highlight of 2016. The weather was great, the array of bikes on show was ace and it was just brilliant to talk about bikes all afternoon for a great cause.

Probably testing out the brakes on my Dad’s BSA Bantam, or lack of them…

The calibre of riders staying and returning superb. It’s going to be a corker!

Being invited to the press launch of the new Norton V4 superbike was a real privilege for me. It was great to take a closer look at the bikes in more detail and have a chat with (Norton boss) Stuart Garner himself.

My ARMR Moto Ukon jacket has been a great servant to me this year. Its removable liner has allowed me to use it in all conditions and it didn’t cost the earth either.

The amount of stolen bikes I’ve seen reported on social media! It sucks to see so many riders' pride and joy being taken like this. Hopefully the recent mainstream media coverage of this continues into 2017.

I cannot wait to cover the British Superbike Championship for BikeSocial next year. The calibre of riders staying and returning is superb. It’s going to be a corker!

I certainly want to tick off a few more track days next year and I’m looking forward to going on some memorable group tests with the BikeSocial team.