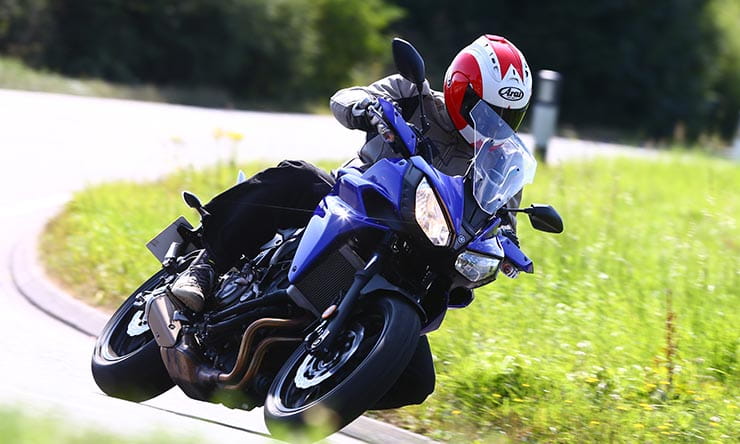 The world around us may have been somewhat unpredictable, but 2016 was a great year for motorcycling. To celebrate the 12 months that have just passed, we've asked the BikeSocial team to share some of their favourite experiences and bikes of 2016. Today it's the turn of legendary freelancer Phil West to step up to the mic...

I’m tempted to jump on the bandwagon saying ‘Thruxton R’ but, though brilliant when fully-blinged up, it’s a touch pricey. Indian’s Springfield is a left-field contender as well for ‘out-Harley-ing Harley’. While Ducati’s Multistrada Enduro is astonishingly capable and versatile: the Swiss Army knife of motorcycles. But, though not perfect (its forks being a touch soft), Yamaha’s Tracer 700 has an unequalled blend of fun, accessibility, versatility and value. No bike offers more per £.

It maybe didn’t get the plaudits it deserved, didn’t grab any front (or back) pages, its rider is still largely unknown and it didn’t actually win anything, but Norton’s seventh in the TT Superbike in the hands of Davo Johnson (ahead, incidentally, of Bruce Anstey on the RCV Honda) showed the plucky British squad had finally turned a corner and are on the cusp of something big. Can’t wait for TT 2017!

No British bike has probably ever been so anticipated…

Our big adventure bike group test to Scotland in August had it all: great, varied bikes that were perfect for mile-munching (Ducati MTS Enduro, KTM Super Adventure, Triumph Explorer and R1200GSA); a decent run up over the Yorkshire Dales and round Glasgow; great company; some great roads around beautiful Loch Lomond; spectacular scenery and more. It proved you don’t need to go abroad to have a great biking adventure.

OK, so they’re expensive – £550 for even the base model is a bit steep – but I justify it by it being a vital tool of my trade and I ain’t gonna compromise my head. Even so, I’m still amazed how good the new Arai RX-7R is: astonishingly light; supremely well made; fabulously comfortable and joyously devoid of any gimmicks – it just works. I wouldn’t wear anything else.

Sometimes you have the odds stacked against you, this was one of them: riding a ‘widow-maker’ Suzuki TL1000S in a magazine test in the rain, on unknown bumpy roads, with wheelies being a photo request. That I didn’t fancy it much is an understatement. Thankfully the photographer called a halt before the inevitable disaster had a chance to happen.

It’s not going bring anyone to tears, nor add to the local plod’s crime figures, but the irony of nipping out on my T-bird to pick up some bicycle inner tubes for the kids only to return and get a rear puncture from a screw on my own sodding drive still infuriates me four months later. And cost me about £150 to fix. Gnash gnash.

The running and/or riding debut of Norton’s astonishing new V4 superbike. We were all wowed by it at its debut at Motorcycle Live – and that was just standing still. I can’t wait to hear what it sounds like and see how it goes. No British bike has probably ever been so anticipated…

To finally get my 900 Thunderbird in to a state I’m completely happy with. I love my 1995 Triumph triple roadster. Bought as a city hack it’s a kind of bigger, better Bonneville. Or at least the plan is that it will be when I’ve fine-tuned the riding position, uprated the brakes, raised the rear ride height, sorted a few cosmetics and, and... you get the idea.