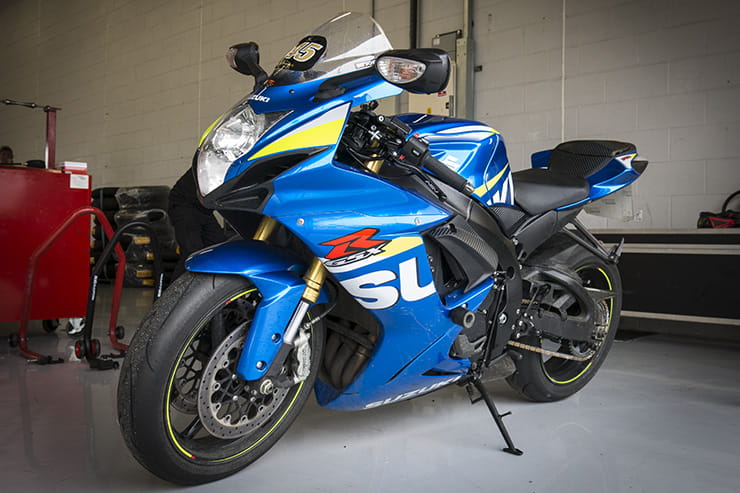 What type of rider are you? When I bought my first bike in 1996 – a Honda CBR600FM – I’d definitely have said I was a sportsbike rider. At the same time, my best mate lashed out on a Suzuki GSX600-F, because all of our friends had sportsbikes. Peer pressure.

Steve was never really happy with his Suzuki, but now – 21 years later – he’s bought a Ducati Scrambler, and loves it. He had the wrong label.

I’ve owned all kinds of bikes since that first CBR (including two more of them, the last of which I wish I still had). I’ve got a KTM 1050 Adventure now – along with the GSX-S750 on loan from Suzuki – but I wouldn’t say I have a label. I wouldn’t call myself an Adventure rider; I don’t cover thousands of miles on it each month, and it’s barely gone further off road than the odd fire track. An adventure to me is discovering a new place, whether it’s a café 50 miles away, or the fantastic village fete I stumbled upon while riding aimlessly through rural France. I use my KTM more for short weekend breaks with my wife. If I had to be labelled, you might call me a tourer I guess. But I love wringing the bike’s neck on quiet, bumpy back roads too. A sports-tourer? No, that doesn’t suit the orange V-twin.

I argue that we shouldn’t label each other. Doing that surely leads to rivalries, or accusations of not being a ‘proper biker’. I won’t kick off about that today…

“All bikes are fantastic,” said David Robertshaw from Essex, who bought the above 2015 Suzuki GSX-R750 when it was just a few months old. “People go on about adventure bikes, sports bikes, naked bikes, retro bikes… they’re all bikes. So many motorcycles are now built on a platform, then the manufacturer adds the cosmetics to it to make it into this bike or that bike – it proves that, at their core, they’re all basically the same. It’s all about self-image.

“I want to see myself as a sportsbike rider, and many people want to see themselves as an adventure bike rider. But it doesn’t make any difference what you ride really.

“I use my GSX-R for the road, track days, commuting, and the occasional touring trip; I love opera, so I’ll sometimes take a couple of days to ride to a performance in Germany. I have a dinner suit that can be crumpled, so squash that into my Kriega R30 tail pack.”

I couldn’t agree more – I’ve never cared what people ride, how much time they have to get out on their machine, or how far they travel. And as to what a bike’s meant to be used for… Nathan Millward rode a 105cc Australian postal bike around the world. Who needs labels?