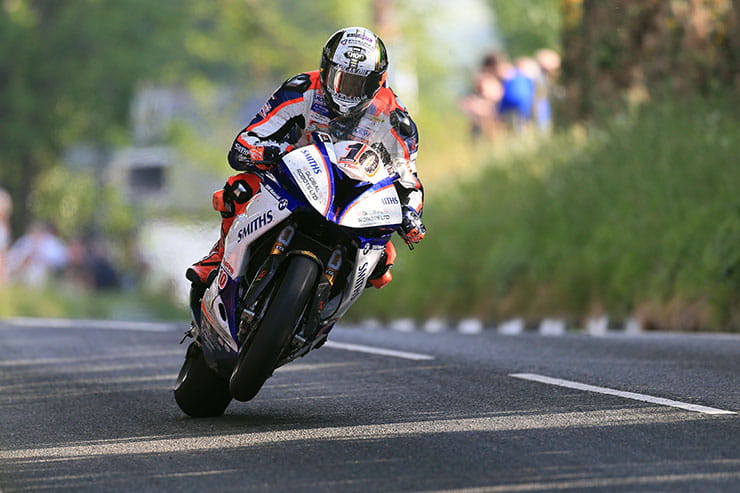 Imagine riding the 150 miles from London to Cardiff, or Manchester to Newcastle absolutely flat out. Now imagine doing that through the middle of towns, villages and on twisty, bumpy B-roads. Now imagine doing that on a 1960s 500cc motorcycle with crossply tyres, a swing-arm made from knitting needles and enough vibration from the engine to detach a retina.

Oh, and could you try and average 110mph for the whole journey please?

Watching John McGuinness win the Bennetts Classic Senior TT from a garden wall in Douglas last August was an exercise in slack-jawed admiration. Suffering the kind of injuries that would have finished the career of any other sportsman, John hadn’t raced for 15 months, had barely ridden a bike at speed aside from a handful of trackdays and terrible weather in practice week meant he’d only managed a few tentative laps before the race.

On the start line he looked focussed, but apprehensive. Seconds before the flag dropped the woman next to me (a life coach by trade) remarked upon what she called the ‘self-seeking’ look in his eyes.

And yet, when the flag dropped, the real John McGuinness did exactly what he always does and set off down Bray Hill at just the right speed to make an indelible mark on the race, while not over-revving or over-stressing the bike. By the time he was out of sight, I was pretty sure he was going to win. 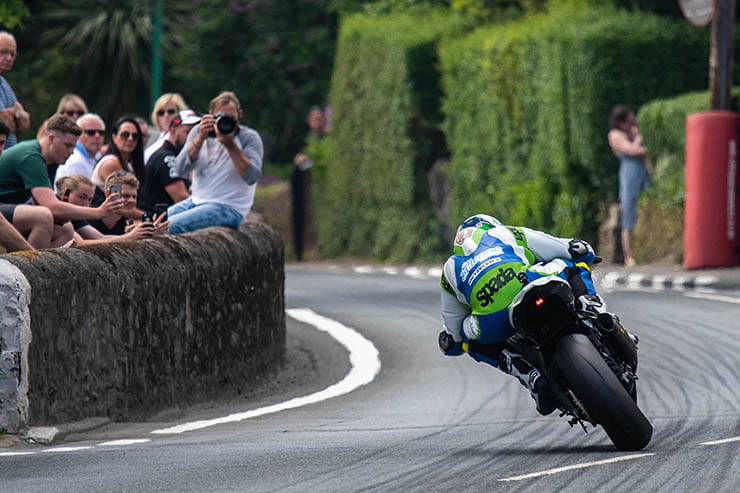 Now imagine riding the 226 miles from London to Darlington, or Leeds to Edinburgh absolutely flat out. Imagine doing that through the middle of towns, villages and on twisty, bumpy B-roads. Now imagine doing that on a 1000cc, state-of-the-art, 230bhp superbike, being pummelled by the bumps, muscles torn apart like a rag doll and enough vibration to detach your other retina.

Oh, and could you try and average 135mph for this journey on the regular TT please?

TT racers are astonishing individuals. They cover twice (classic) or three times (regular TT) the distance of a MotoGP rider in each race and often do two races in a day. Rossi and co train to within an inch of exhaustion – they look like athletes. Much of the TT field is over 40, overweight and wouldn’t look out of place in a pub darts team.

Put them on a motorcycle though and they do things that literally (sat on that garden wall in Douglas) take your breath away as the aerodynamic wash from their bikes drags a 200mph vortex of Oxygen and Nitrogen behind it.

It’s easy to think of these people as maverick, uncontrolled lunatics, but the reality is very different. The light-bulb moment for me in this week’s 2019 TT press launch was a snippet of conversation between Peter Hickman and Dave Johnson about a particular tiny piece of the circuit that we would consider insignificant. Hicky was explaining that he was in second gear at that point, which blew me away because I can’t imagine how anyone can remember such things while doing, er, such things as riding round the Mountain course at 135mph average speed. How many gearchanges does a top racer make in 37.73 miles and how does he remember them all?

That was the point where you understand how much work, thought, analysis and preparation goes into going that fast. Hicky explained to us later that for him, gear choice was paramount because you’re never going too fast to make a turn if you’re in the right gear (whereas in too high a ratio, you will lose engine braking and have to brake harder, which costs you time and stability. Fascinating stuff and I could have listened all day.

Six hours earlier I’d done a couple of dawn laps of the TT circuit. The roads were wet, but the rain had stopped. There was minimal traffic and I was behaving like a grown-up in the speed-limited areas.  The roads were open and, although I wasn’t taking the pee I was going faster on a KTM Super Duke GT, bristling with 2019’s finest electronics and some very capable Pirelli tyres than many of the fifty or so laps of the course I’ve done in the last 30 years. 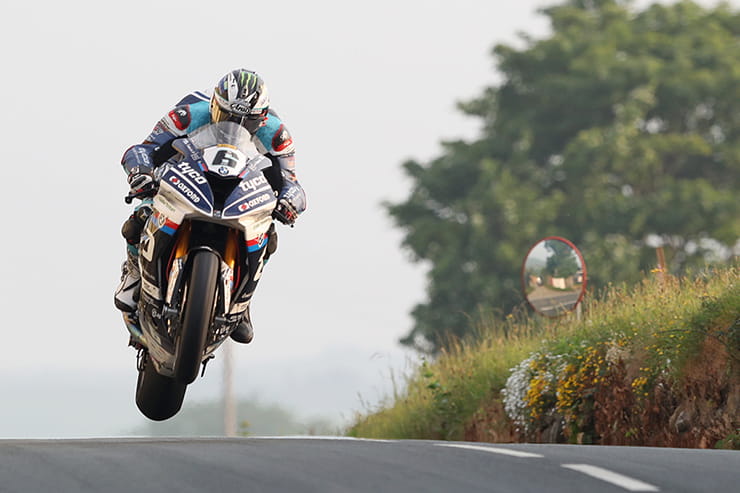 When I got back to Douglas, shaking with excitement and adrenaline, after riding the KTM as fast as I possibly could over the Mountain section, I worked out my average speed for the lap had been just 61mph. That sounds pathetic because…

In some ways though, the real heroes at the TT are those a lot further down the field. Amateur racers – the full time plumbers, brickies, engineers, fork lift drivers and who knows who else. Rows of club-race spec Yamaha R6s with stickers proclaiming  ‘Bob’s Heating Services’, ridden by ordinary-looking men and women of all shapes and sizes.

The flag drops and they go for it with all the gusto and self-belief of McGuinness, Hickman, Hillier and Rutter. What other sport allows Bob the plumber to be in the same environment as his top-flight heroes at the same time, sharing the experience? Imagine your local pub team turning up at Old Trafford for a kick-about while Ole’s prima-donnas were playing Liverpool?

There is nothing like the TT. Or the Classic TT or the Manx anywhere in the world. If you haven’t been, then go, next year. And if you can’t get a ferry crossing or somewhere to stay in June, then go the Classic in August instead. It’s 90 per cent as amazing, without the overwhelming crowds, twice-daily closures of the Mountain road through accidents, or logistical nightmares.