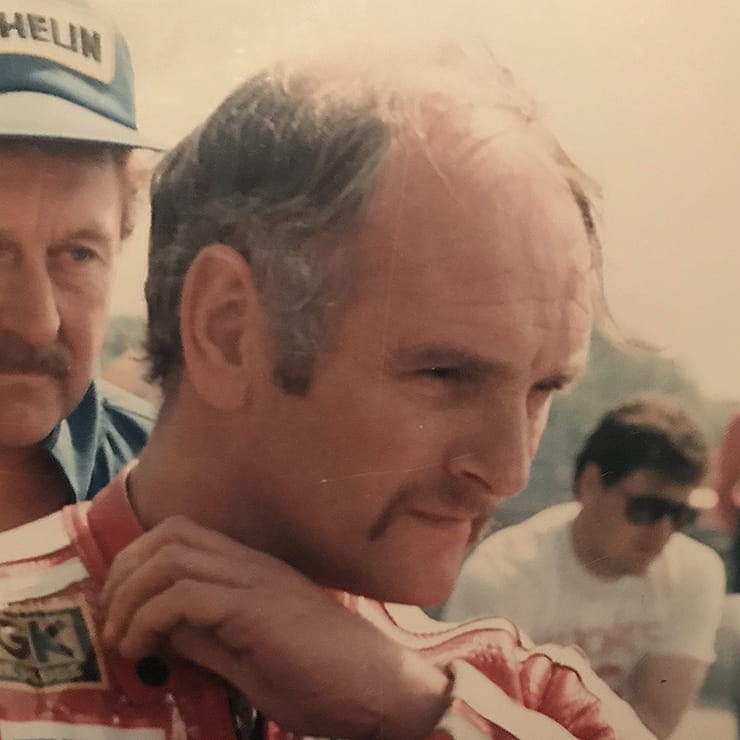 In among the noisy and more glamorous prima donna heroes of bike racing, there’s always been a bunch of hard-working, talented all-rounders. These guys are the guns-for-hire that teams turn to when they need a safe pair of hands to deliver results that are better than their resources should allow. The easy-to-work-with, thinking riders who will bring the bike home and more-often-than-not will finish on the podium too.

You’ll rarely see too many fans wearing their hats and t-shirts, but without these heroes, bike racing would be a whole lot less interesting. Tony Rutter was one of the best. He rarely had the quickest bike, but got far better results on whatever he was riding than others would have managed. Rutter was the at the opposite end of the 1970s ‘playboy racer’ spectrum to the Sheenes and Agostinis. He was a grafter and a man who learned how to get the best out of whatever he had and how to bring it home intact.

Simply surviving the IoM TT in the 60s and 70s was achievement enough. Most racers could only dream of a podium or perhaps a victory. Tony Rutter won seven TTs, rarely on the fastest bike and, in the process, he helped keep the Ducati factory alive in the early 1980s.

The Bologna factory, aided by some talented, enthusiastic privateer race teams had a good 1970s after Paul Smart’s achievements on the bevel-drive 750SS racer and Hailwood’s legendary TT comeback. But by the early 1980s they were in trouble. Their belt-drive Pantah 600 motor was good…for a twin, but in the showrooms no one was buying twins when the Japanese four-stroke multis and two stroke screamers were getting faster every year.

In the Formula 2 World Championship, mid-capacity road bike engines were fitted into bespoke racing chassis. Most of the Japanese attention was on the larger capacity Formula 1 racing, which allowed Ducati an opportunity to dominate F2.

Their bikes were tiny, beautiful and handled better than most, but the Japanese-engined bikes were quicker. Rutter, who’d made a name for himself on the UK national circuits throughout the 70s riding 250 and 350cc Yamahas was signed by Ducati. He repaid their faith by winning four F2 World Championships on the trot between 1981 and 1984. He also took four TT wins in five years on the 600 Duke.

Without his success on the 600cc Pantah twin, there would arguably have been no Ducati 851, no 916, no MotoGP bikes and possibly no Ducati as we know it today. His place in the Ducati story is every bit as important as Hailwood, Fogarty, Bayliss and Stoner.

Most of our generation know the Rutter name through the achievements of his son, Michael. Funnily enough Rutter Jr has exactly the same talents as his dad – an uncanny ability to ride pretty much whatever he is given, at a pace few others can match, in all weathers, without complaining. He’s not too shabby on the roads either

Michael’s autobiography was released last year and in it he talks about his early years in the road race paddocks and the influence his dad had on his racing. It’s a good read simply because the Rutters are some of the good guys in bike racing.

When motorcycle racing resumes at some point in 2020 we at BikeSocial will be cheering Michael on that little bit louder in memory of his dad, because they both deserve it.

Thanks for everything Tony, we’ll miss you. 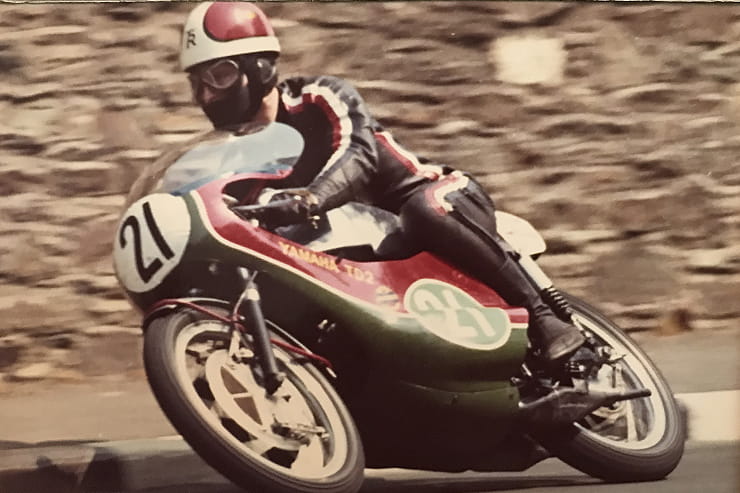