So you want to be an adventurer 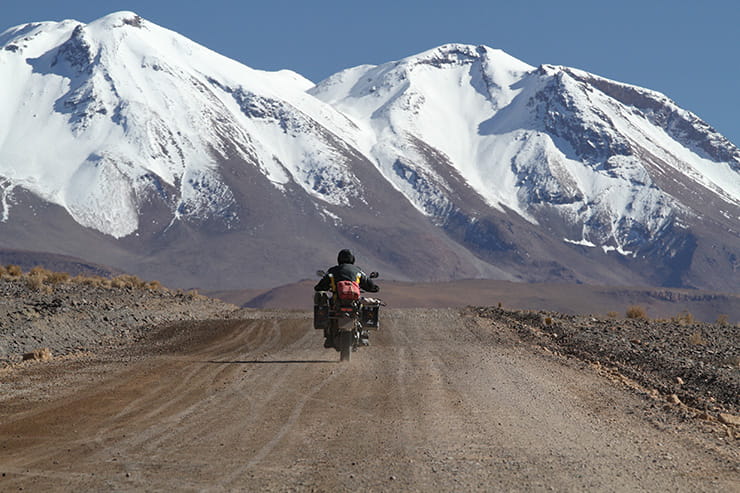 So, You Want to be an Adventurer?

Who doesn’t, but will you be the one to do it? Let’s look at this in several ways.

A lot of people get really hung up about what they can’t have and then they don’t really give a second thought as to whether they want it or not. That’s round the world biking for you. Many bikers say they’d like to bike around the world, do the ‘big one’ but never will. Without a massive change of being, selling a lifetime of family heraldry, knick-knacks and whatever falls out from the bottom drawer, and not to mention the house; the rider can suddenly not want to do the Big Ride as much as he or she once thought.

Everyone wants to be an adventurer?

This presumes that after that one Big Ride you’ll want to do it again. Really? Where are you going to get the money? Oh, and the ‘mojo’. Let’s look at this. 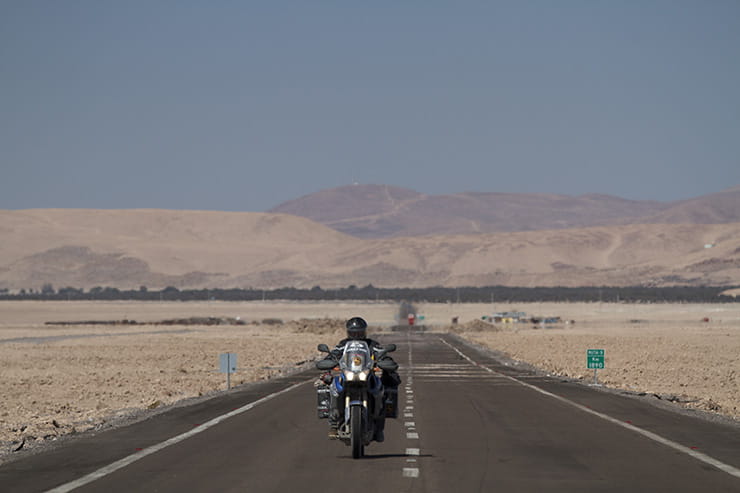 There isn’t any. Get sponsored? No chance. Save up, be rich, live super cheap, cash-in something you own. For many riders the ‘Big Ride’ is the cheap scent of a fleeting attraction. The odds of completing a massive ride are slim. For some, the two wheels stop when the girlfriend turns up nice and comfortable in the back of a car.  It’s as simple as that. So much for being an adventurer, you couldn’t even get that first one done. It then takes the wife and kids to run their course before the opportunity punches through once again and that is the dangerous moment - when you need to stick that tail on the donkey and go. I’m not saying you can’t do it; you definitely can, and many do. But it’s complicated.

My own travels compromised the past 20 years of my life. It collapsed my first marriage, disengaged me from my three children, facilitated a decade of family trauma and whilst I loved every moment of the ride, all it did was make me a fortune that I subsequently lost as I continued obsessively to repeat the exercise.

Look at it this way.

Being an adventurer is waayy more than just one ride. It’s a make-believe world that replaces the one you have. If you don’t get what you want, you suffer and if you get what you don’t want, you suffer and if eventually you get that ‘Big Ride’ you suffer because you can’t hold on to it forever. This isn’t about being an adventurer. It runs deeper. There is suffering on the way to the ‘Big Ride’. This is about me telling you that life isn’t fair, but we know that, right? That the chance of you making that ‘Big Ride’ is like looking down the wrong end of a telescope where the probability of it happening is far away. But we also know how hope is precious and you are right not to give up on that.

In the land of things that are very precious, nothing is as simple as it seems, so let’s look at it another way. 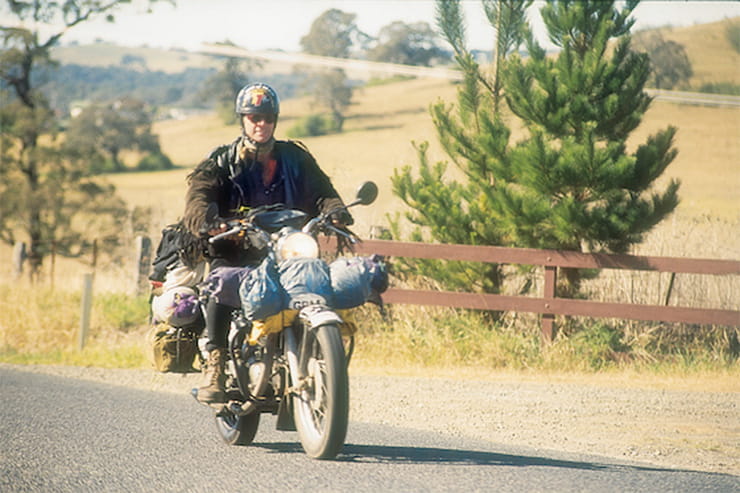 Riding to the café is not a big ride.

So how do you become an adventurer? Sort out your head. How do you do that?

When I started out to be an adventurer I focused only on the ambition. There were few parties, many late nights planning, on the phone forever cajoling, culminating slowly to create a process, a purpose and pleasing everyone who potentially held out a helping hand to my first adventure.

There is no answer. You just do it. Yes, toothbrush, credit card, bike, phone, sat-nav, basic tools to fix and repair, clothing, an idea, some cash, booking.com, an energy drink. Then go.

There’s a quote I pulled out from author Charlotte Eriksson that should be enshrined on the panniers of every adventurers bike; “You read and write and sing and experience, thinking that one day these things will build the character you admire to live as. You love and lose and bleed best you can, to the extreme, hoping that one day the world will read you like the poem you want to be.” Then you are an adventurer. 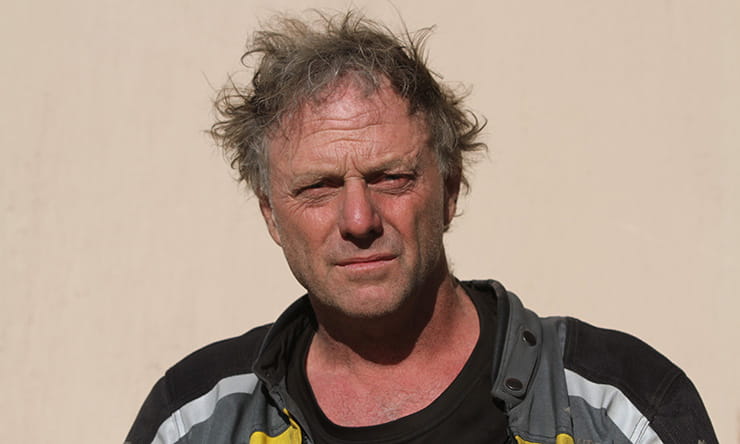 Who Is Nick Sanders?

“I wrote two volumes of autobiography spanning 350,000 words to try and answer this question and I’m starting volume 3 which will add considerably more. Am I too preoccupied with self? I can’t judge that. The point being you spend a lifetime trying to be good at something and that gives you a different frame of reference to most people. Extreme lifestyle does set you apart and I guess I knew that when I started and wanted it.”

We get that, so who are you?

“The global traveler is well known. I guess by now I might have traveled more than any other world biker. I’m the elder statesman still actually riding. It could be I’m the most experienced; after all, the good ones retire at the top. So, am I the world’s most greatest motorcycle adventurer? Maybe or maybe not. But it’s interesting in itself that this might be important to me.”

That’s a big claim. Go on, justify it to us?

“It can’t just be about fame otherwise people like Boorman and McGregor would be well up there. It can’t be about just riding around privately forever, because there are riders who none of us have heard of just doing their thing, which is great. Yet a claim like this needs more if it’s to be valid. Think of the ingredients that make a cake, you need everything in the mix for it to rise to the occasion and taste like one. There must be a body of work; books, films, published stories and the like. International companies should be part of the team without which I think it’s hard to keep up with the funding to focus on the many journeys you need to do to maintain profile. A journey every few years isn’t enough, that’s just topping up what you do. For real year on year progress a system needs to be in place. Having a manufacturer behind you harks back to the idea of a ‘works rider’ and that is part of the selection process to be thought of as a professional. The volume of journeys I think also helps to validate this idea and in my case 9 circumnavigations and a million kms is pretty much unprecedented (not including 8 rides up and down the Americas). Versatility also gives a clue to where one is placed in the hegemony within world adventure. Slow rides or very fast rides, that kind of thing. Perhaps after this you look at the quality of the work you produce, any super good reviews, sales figures add to the idea but that links to fame. I like the idea of our sport self-defining us. Only we riders know what it takes to be John McGuinness. The Musicians’ Musician is a cool idea or the Bikers’ Biker. What we think of ourselves counts more.”

Being the best is clearly important to you?

“It’s all I’ve ever wanted to be, and I intend to stay here awhile and then disappear when I’m done. Fame means nothing to me other than it pays my bills and I guess I’ve made a few biker friends on the way. But it’s not just about me. Having worked hard as a ‘bikers biker’ - I have never not answered an email, never not chatted with anyone I meet – some of the stuff I do I think does inspire or get some bloke or lady through a bad day with the idea he or she could do it themselves. Point being, if they can’t do it then they can treat me like a mate, and I’ll do it for them.”

What are the ‘upsides’ to being Nick Sanders and the ‘downsides’?

“The upsides are easy. I’ve managed a life doing a job I love for 40 years. What price would you put on that. You go into a room and you know there are things you’ve done that no one else in that room (or the world) has. You don’t have to tell anyone. Remember, I’m the invisible working-class council house lad done ok, and whilst I will never forget my roots or betray them, you don’t have to wear them round your neck like a medal.

“The downside is that being me, my job, my being away cost me my first marriage, and it only lasted 3 years. But I had three kids that I love very much. I loved being a husband and a Dad. It’s also made it harder for my three children to be as close to me as I would like. My lads are not very interested, maybe fearful of what I do, you know how lads can get so competitive and the girl gives the impression she doesn’t care, so what do you do… you press on.”

Motorcycling is dangerous, apparently. You should know more than anyone.

“If you don’t know how to cross the road that’s dangerous too and no one suggests you don’t do it, but you get taught the rules how to do it well. Same with anything. Sure, there’s the rogue element that’s unpredictable; the hit and run, the heart attack driver coming towards you as a head-on collision. But within the broad spectrum of normal driving, motorcycling is very safe, it’s the pilot that isn’t. Professionally I’ve never had an accident. I’ve slid down the road in Australia in construction, face-planted in soft stuff, but where traffic is concerned, I’m spot-on. No second chances.”