Royal Enfield; 21st century motorcycles go back to the future 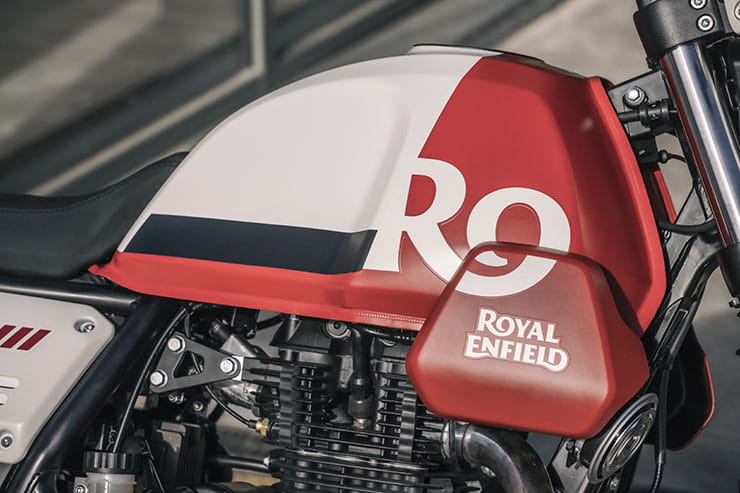 Out riding the new Royal Enfield Scram 411 the other day and two things come to mind. Firstly, the bike is lovely. Charming is the word that pops into my head, which isn’t a common motorcycle road testing description, but it fits. On paper and in the accepted manner by which we usually judge a bike the Scram is underpowered, heavy and lacking any stand-out features. On the road it’s very different. I really enjoyed it. There’s a full review coming shortly and this is a blog not a road test.

And the reason for that is because there’s a lot more to the reborn Royal Enfield’s appeal than how well the bikes ride and compare to their rivals.

There’s a welcoming, friendly spirit about what RE are doing that feels natural, not just a marketing ploy. And it works.

Having the technical development centre in the UK is a smart move. Filling it with people who ‘get’ what RE are about and who understand what’s happening at the other end of biking to where every other manufacturer is focused is the key though.

While the Japanese and major Europeans bring us ever-more powerful, taller, heavier, more bulky and expensive motorcycles loaded with Flash Gordon technology, Enfeld are building simple, funky, non-threatening, affordable bikes that anyone can feel comfortable on. And funnily enough they are selling in huge numbers to new and returning riders that don’t see motorcycling as an arms race for egos.

RE are the absolute opposite of someone like KTM (who are probably the worst offenders in the juvenile ego messaging).

Switch on your KTM and a message pops up saying ‘Ready to race’. Turn the key in an Enfield Scram and it tells you what the time is. If KTM are motorcycling’s death-metal Slipknot, breathing fire, spitting blood and pummelling us with noise and smoke bombs, then Royal Enfield are Ed Sheeran. Simple, stripped back, completely unthreatening. Easy to ignore, but somehow, also, easy to like and very, very popular.

The Japanese (or Triumph… or Ducati… or Harley…or Indian…or etc) don’t really make bikes like this anymore. Their small roadsters are all buzzy, revvy, with OTT cartoon styling and a very different vibe. Enfield are building a modern version of utility transport that also happens to look pretty cool and be versatile enough to make Mon-Fri enjoyable and still head off for an adventure at the weekend. So long as your adventure doesn’t involve chasing imaginary sports bikes down a twisty road or doing a not-at-all-exaggerated ‘ton-thirty’ down (insert bypass here).

Enfield’s bikes have a completely different feel. Long-legged and relaxed – easy riding like a Harley should be but almost never is. Oh, and without all the weight, physical effort and sneers from other riders.

But what really got me about the Enfield experience was that the team from RE UK who presented the bike to us just got it. The differences between their press conference and others was subtle, but interesting and the passion and engagement of the staff with not just the Enfield brand, but their customers was obvious.

One of BikeSocial’s users summed it up perfectly in a reply to a post I did on social media about the Scram, ‘The mainstream tell us what we want… Enfield keeps asking, politely.’

I’m really intrigued to see how the next few years work out and who else follows their lead.