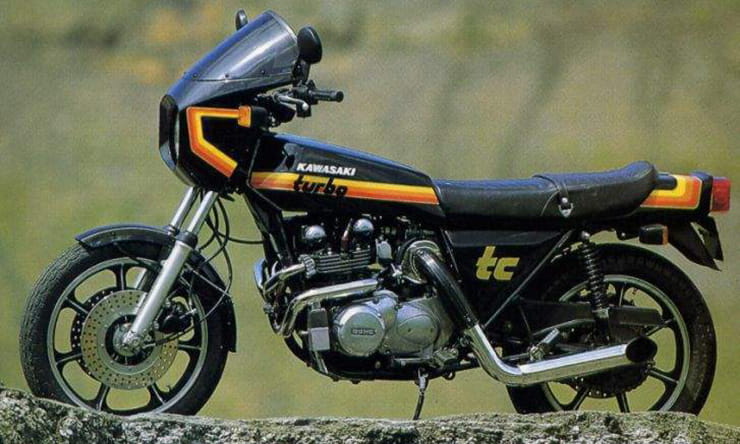 Even before the new Kawasaki Z900RS hits the UK dealer network, it’s clear to see that Kawasaki has got a hot cake on its hands.

The bike appeals to us of a certain age, but it’s also got us talking. The internet is full of armchair motorcyclists who call for the Z900RS to have four-into-four exhausts, twin shock absorbers and a kickstart. Why? If you’ve ever owned an old Zed (and in my time I’ve owned nine – a Z1A, two Z1Rs, a Z1000 MK2, two Z900 A4s, a Z1000ST and a couple of Z1000Js) you’ll know that popping a 4-into -1 pipe on was the first thing that you did, before chucking away the air box and sawing the rear mudguard off.

Car companies have been tapping into this rich vein for over a decade now. Things like the VW Beetle, Fiat 500 and Ford Mustang, which all use the past to secure future customers and profits.

I still haven’t seen the Z900RS in the flesh, but thanks to the internet I’ve seen stacks of photos, watched several videos and I’m excited to meet one in the real world. The last time I got this sucked-in was twenty years ago for the Suzuki TL1000S.

The Kawasaki promo video set the company’s stall out nicely, with the new kid on the block sharing a garage with an original Z1; the story played out like a slick pop video. Good work Kawasaki.

Would I buy a Z900RS? In a word… no. But here’s why: given how the game works these days there’ll no doubt be several variations of the RS within a few years. That high rear end surely lends itself to a scrambler version, or am I being over-cynical?

And with Kawasaki also launching a ‘touring’ version of its bonkers H2, it’s only a matter of time (in my imagination at least) before reverse logic dictates that the supercharged Z900RS appears. Hopefully it’ll be painted in Z1-R TC colours and have programmable period turbine-lag.

That’s the one I’m waiting for.