MotoGP or TT, where would your money go? 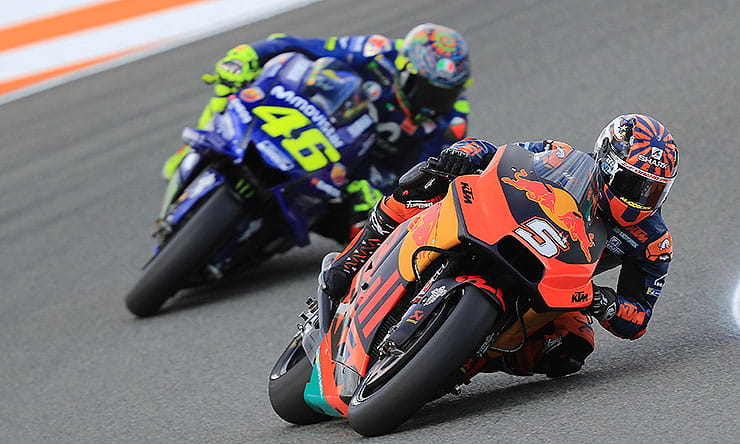 Chatting to some of the KTM MotoGP team at the British round of the championship last month was interesting. If only for the details of the staggering costs of becoming competitive in such a hard-fought series. KTM will spend €40 million to run a two-rider team for one season. That’s three quarters of a million euros each week. Clearly a huge amount of that goes to develop the bike, pay the salaries of riders, mechanics and team management, but, what also struck me at Silverstone was how much of that budget goes into peripheral stuff like providing hospitality for customers, sponsors and anyone else deemed necessary of some GP love.

The other – for the factory teams in all three classes, resembles a giant ski chalet and is even bigger and assembled from scratch in the paddock in two days and dismantled in just 24 hours. I have no idea what proportion of the budget these units swallow, but I’m guessing the building, running and staffing are equivalent to the costs of a medium-sized business. A few years back I spoke to a long-running and successful UK chassis builder who got the job of running a full factory World Superbike team. They told me the one thing that staggered them was the percentage of their budget they were expected to spend on hospitality and PR and that was without even a major sponsor to please.

When you see the amount of staff in these areas, plus the pit crew, plus the technicians, drivers, chefs, physios, data analysts and marketing teams, it gives a sense of the amount of responsibility on each rider for those 45 minutes on a Sunday when the whole thing delivers its purpose and only one rider can win.

The riders are at the top of an enormous pyramid designed to deliver them exactly what they need, regardless of the cost. That’s a lot of pressure on the head of a 25-year-old sportsman. Wander through the paddock and count the dozen-or-so other MotoGP teams spending similar money and then the numerous Moto2 and Moto3 teams spending not-quite-so-much-but-still-a-lot and you realise how much time, money and effort goes into keeping us entertained for a couple of hours on Sunday afternoon. 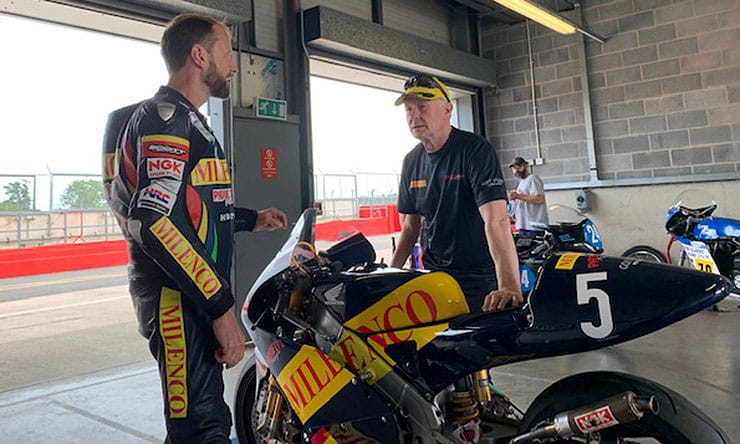 On the same weekend as the British round of MotoGP, the Isle of Man was staging the Classic TT, an event that runs ahead of the Manx TT (where amateur racers cut their teeth on the 37.7 mile circuit) and has become a festival of increasingly modern-classic motorcycling.

This event (and the TT-proper in June, come to think of it) are the polar opposites of MotoGP, but the passion and pressures are equal if not greater. The biggest difference is that most of the money in the teams (and road racing might not be MotoGP, but still isn’t cheap) seems to go on the bikes themselves and the mechanics that keep them running.

And the one team that epitomises this spirit more than others is Padgetts. One of the most interesting answers to a racing question I’ve ever heard is when someone asked Clive Padgett – a man who has run top-level race teams in BSB, Grand Prix and road racing - which one, of all the racers in history he would have liked to have worked with. Clive’s answer was immediate, ‘John McGuinness when he was 20 years-old, no question.’

For a man who has himself raced in GPs, prepared bikes for riders that have beaten Rossi and once restored an ex Wayne Rainey YZR500 in his kitchen, that says it all about where Clive’s true passion lies. The TT is special and if the challenge of the Mountain Course is the down-to-earth, meat-and-potato pie of world motorcycle racing, then Padgetts is like the gravy that makes it taste so good.

I’d seen Clive at Donington a few weeks back, helping Bruce Anstey get some miles under his belt and the signatures needed for his licence to ride at the Classic TT.  Clive Padgett didn’t have to be at Donington Park in the back of a hire van on a Saturday morning in August. He didn’t need to be mixing the racing fuel and two-stroke oil for the immaculate Honda RS250 Bruce Anstey was waiting to ride in a non-championship classic event (the biking equivalent of a ‘friendly’ in football). The Padgetts’ racing operation is big enough to justify a mechanic to go along and do the work, but Clive was there because Bruce is part of the extended Padgetts racing family, Clive sees him as a mate and, he wanted his team back at base doing other things like prepping the race bikes for the upcoming Ulster GP, servicing a customer’s Fireblade or selling spares behind the counter at their Yorkshire dealership. Watching the two of them together was a joy.

I remember talking to Clive a long time ago when Padgetts were racing in GPs. Even then, while he clearly loved it, there was a question in his mind about why they did it. All that time away for so much of the prime selling season if you run a dealership. And did it make more riders shop at Padgetts (which, like Red Bull, Repsol or Monster in MotoGP today is the only point of sponsorship)? Clive wasn’t so sure then and, chatting to him at Donington he feels even less so now. Maybe it’s the shift in our attention from sports bikes to other things. Maybe it’s the crazy cost to even watch it on tv anymore, but racing is less important to most of us than it used to be. With one exception. The TT and Classic TT are still growing. TV coverage gets better every year and because it’s on free-to-watch channels the audience is growing with it. In a world that’s fed-up with the aroma of corporate racing robots, the honesty, personality and integrity of TT racers like Dean Harrison, Hicky and Michael Dunlop must be admired.

I left the KTM guys last week wondering what would happen if the Austrian factory put the same effort (and a lot less money) into road racing. I’d say it fits perfectly with their half-crazed, corporate personality (and of their sponsor Red Bull, too) and the IoM authorities are usually happy to tweak the rules a little to allow an interesting bike to compete at the TT.

Plus, KTM has often teased us with the idea of a customer version of their V4 MotoGP bike.

Build it please, randomly attach a few lights and number plate on it (KTM customers are used to that sort of thing) and off you go. Maybe it’s just me, but I love the idea of a KTM TT effort run by Padgetts, turning their also-ran V4 racer into a race-winning road bike we’d be queuing up to buy. 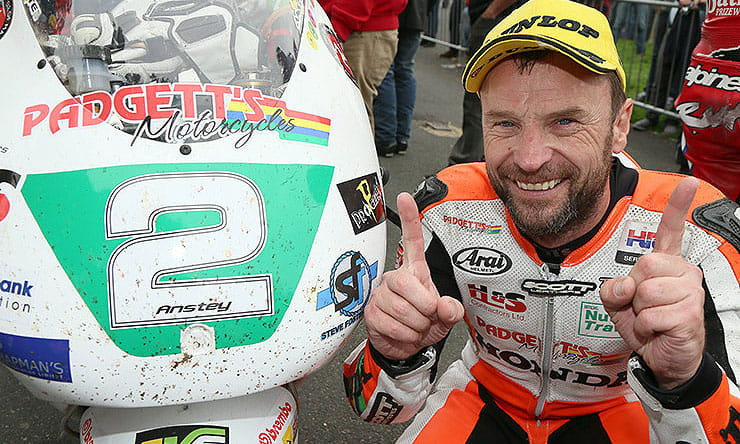