Why don’t we want to be better riders? 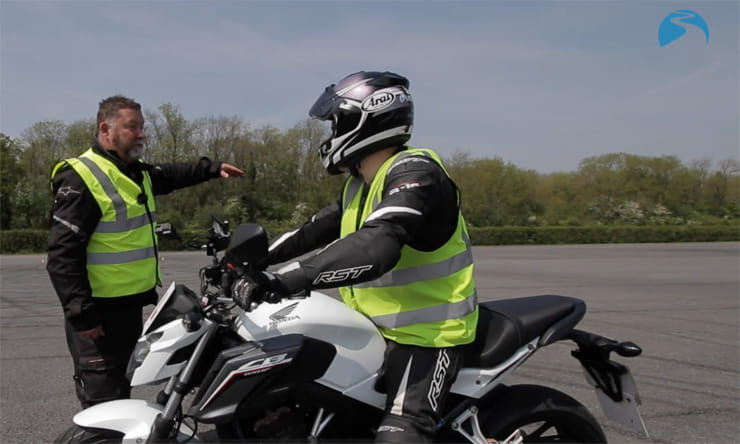 While the other members of BikeSocial were out doing skids and hob-nobbing at BSB last week, I found myself sitting in a meeting of the Association of Consumer Support Organisations, discussing vulnerable road users, potholes and the Highway Code. Clearly, I was having the better time of it, partly because I’m rubbish at skids, but also because the discussions dovetailed neatly with a conversation I’d had the day before about why riders are so turned off by advanced motorcycle training.

That discussion about the principles of better riding; observation, reading the road, positioning, correct use of gears etc was all about the stuff we do as riders, where the other one was focussed on the stuff that happens to us as vulnerable road users. And then it struck me that none of that stuff (from either discussion) is ‘advanced’ at all. Being in the right place on the road and the right gear and looking far enough ahead is fundamental to being in control of your ride. And you can do your basic training, full licence, and all manner of advanced training courses and still be unaware of things like counter-steering or how to brake properly or how the correct suspension set-up determines the ease with which you corner. 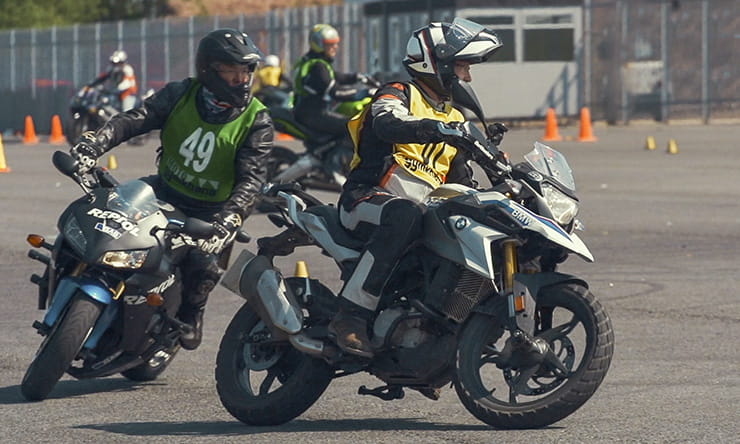 In my world the point at which motorcycle riding becomes advanced is the timing of your braking, alternate steering strategies and throttle control. Low speed bike control and managing traction at either end of the bike too. Moto Gymkhana looks like very advanced riding to me, as does pretty much any kind of off-road brilliance. And the other one, the one that no one teaches, is commuting.

Advanced commuting is a skill that many of us learn through trial, error, torn ligaments and loss of no-claims bonus. But once we get it; that understanding of the fluid dynamics of the 100 cars in front of and around us, advanced commuting is every bit as satisfying as knocking a couple of seconds off your track day lap time.

The amount of training and skills required on a bike test is much improved over when I did mine in the early 1980s and light years ahead of anything a new car driver goes through. But it still doesn’t cover simple things like road positioning, how to make your suspension work with you through corners or how to actually steer a bike.

In a recent post on Facebook about the move from A2 to a full licence, someone was (rightly) questioning why the process simply involved a (presumably now experienced) A2 rider having to take exactly the same test they’d already passed, but on a slightly bigger bike. What if the Driving Standards Agency took the opportunity to introduce elements of what we currently call advanced riding into this test? And what if maybe the direct access version for older riders also involved some of the same thing.

So, what will it take to make more people actively want to get better at riding a motorcycle? It’s not cost - there are plenty of people happy enough to spend £200+ on a trackday where they spend 15 minutes out of every hour going round and round the same 11 corners. Or three times that cost on a slightly smaller carbon-clad drainpipe than the one that came strapped to the end of their bike’s exhaust. 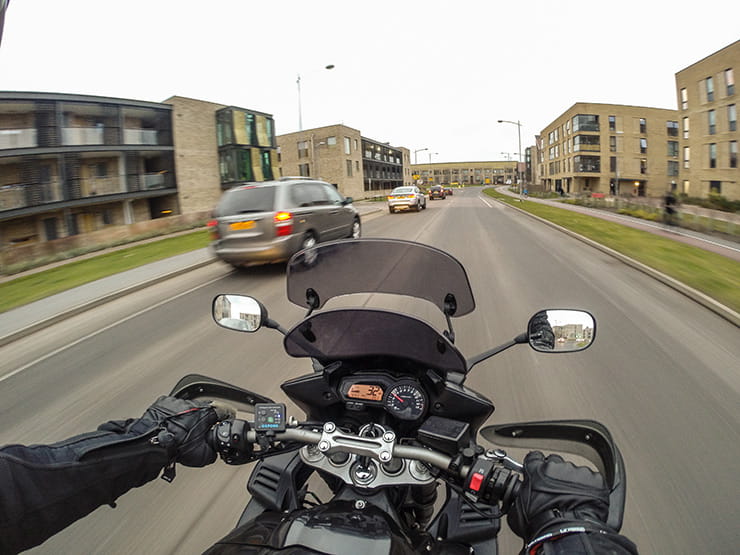 I suspect this next sentence is going to upset some people but, the truth is that the reason most people don’t get excited by advanced training is because many of the people we come across who either love it or teach it are exactly the kind of people we are trying not to be when we take up motorcycling...

I’m lucky to have met enough genuinely good guys in the training industry to know that this is a distortion, but the fact is also, that there are equally as many who, however well-meaning, turn the process of riding a motorcycle – easily the most exciting thing I have ever encountered – into a regimented system that makes golf look rebellious and exciting.

I get it…if you’re a professional rider, the organisation that employs you needs you to take these things seriously. And the police ‘system’ for example is a very good way of covering ground quickly, smoothly and safely on a motorcycle. I’d go as far as to say their system should form the basis of all motorcycle training, CBT and your test. But don’t try and sell it to me as ‘advanced’ because it isn’t.

And that’s the problem. Spending money on advanced training all-too-often turns out to be some patronisingly-delivered lesson in the flipping obvious.

Imagine if the whole system was shaken up to make motorcycle training and testing more thorough, more comprehensive and including more of the stuff that matters (maybe even an off-road element)? How about if the training was layered in line with the licence system? So, for example CBT allowed you to ride a 125 and earn the title of ‘Elementary motorcyclist’.

Passing your A2 test after a little more training allowed up to 47bhp and earned you the title ‘Competent Motorcyclist?

Then, further training (a mixture of roadcraft and advanced bike control) finally got you to the full, unrestricted licence (and the title of ‘Skilled Motorcyclist’ via a test that was based around the current IAM model with some off-road and Moto-Gymkhana (not at the same time, clearly) thrown in too.

Once achieved, every rider then has a five-yearly assessment that allows them to maintain their ‘skilled’ status.

If the Driving Standards Agency worked alongside the trainers and insurance underwriters it ought to be possible to fix a guaranteed insurance discount for those passing the full test, which would provide a big enough saving to allow for the cost of the extra training.

Getting better at doing the things we love doing should be aspirational and desirable. We should be queuing up for rewarding advanced motorcycle training that makes us absolutely and very obviously the most capable, aware and skilful of all road users.

What will it take to change your mind on training? I’d love to know.