Loud pipes save nothing, why not ride smarter instead?

I didn’t come from a biking family. When I learned to ride there was no advice from my dad, or grandad or uncles. Instead, my mentor was Morris, the 70-year-old toy-boy of the 80 year-old lady I lodged with at the time. He’d been a Spitfire pilot and still rode a bike. His view was that because bikes didn’t have seat belts, laminated windscreens, side-impact bars or crumple zones, our protection came from what we wore and how we thought.

‘Don’t rely on luck, charms or other people to keep you safe. Take absolute responsibility for your safety,’ was his mantra and he had heroic tales of life-and-death dogfights to back it up. The smartest of which was how the Boys’-Own, gung-ho Spitfire heroes burned bright for a moment and then crashed (literally), while the ones like him, who looked out for themselves and their colleagues got the job done for the entire campaign and survived it too. 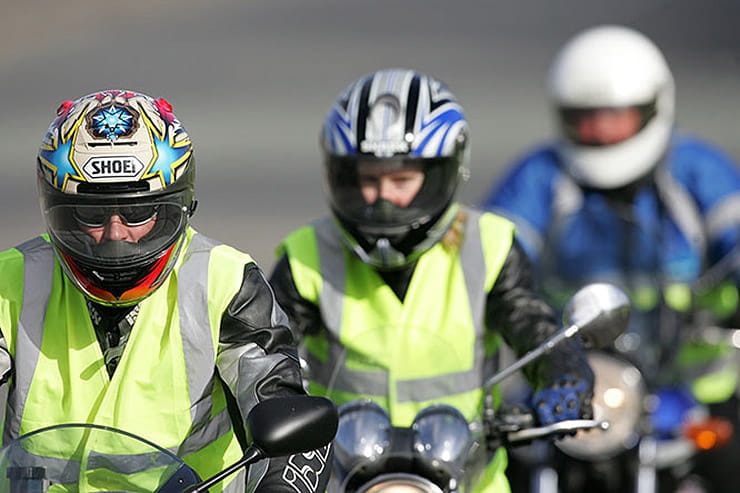 I was thinking of Morris’ words last weekend when an item came on the news about noisy motorcyclists defending their pipes with the ‘Loud pipes save lives’ slogan.

Forgive me for repeating myself, because we were discussing this only recently, but, really? Really?

The worst thing about believing that having a loud pipe will keep you safe is that it passes the responsibility for your safety onto a car driver. And we already know that doesn’t work. Motorcycle salvage yards are full of smashed-up, written-off once-lovely motorcycles with their mangled, crumpled loud pipes pointing in all kinds of unintended directions.

The first time most drivers – cocooned in their soundproofed boxes, listening to music, gazing at Facebook or chatting on the phone - will distinguish your loud pipe from the background hum is when the noise stops as you cartwheel across their windscreen. Thankfully, the Hi-Viz you are wearing (because as someone so interested in personal safety, you will be wearing Hi-Viz too, of course) will mean this never actually happens and so you believe it’s the pipe that saved you.

The funniest bit of the BBC snippet was one rider defending his loud pipe (that he’d fitted because ‘it stops people pulling out in front of you from junctions’) by explaining how he rode considerately through towns and villages in high gears and low revs so as to keep the noise down and not annoy the residents.

Excuse me? You fit a loud pipe to stop people pulling out in front of you but when riding in the places most likely for this to happen, you ride as quietly as possible. Anyone else see a problem here? 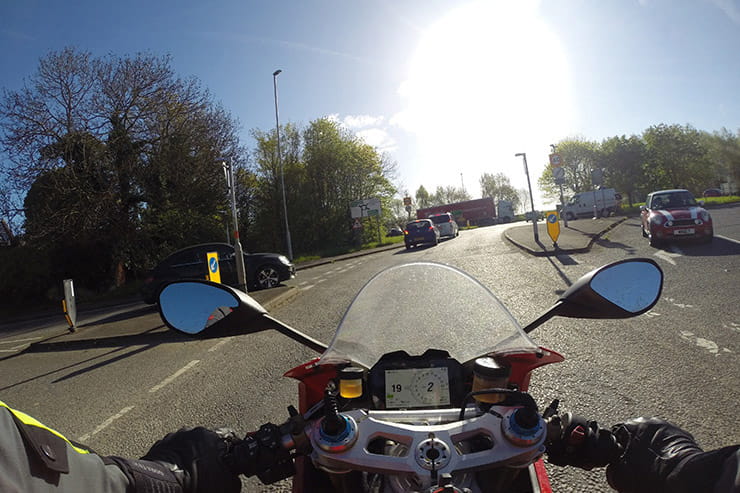 Try and imagine how if, instead of a motorcycle it was about a teenager in your town, in a pimped-up Vauxhall Corsa with an exhaust pipe bigger than your head and a sound system that curdled your intestines driving past your house on a Sunday morning. Clearly, that individual teenager is the coolest kid in town and your daughters, wife and Jack Russell will be climbing out of their bedroom windows in the vain hope that he’ll choose to take them away from all this for some serious snogging and under-the-jumper action.

Back in bike-world on any Sunday morning, you and your open-piped Aprilia are without doubt the coolest thing in Henfield as you rev the motor sat at the traffic lights. If only you knew that the other 337 coolest things in West Sussex have already been past and all the available ladies have been impressed, snogged and fumbled, leaving a whole load of very pissed-off residents not wanting to hear another flipping motorcycle…ever. Or summat. Thankfully, when you catch up with the other 337 you’ll have an army of middle-aged men in ill-fitting leather who will gather round and be very impressed indeed with your carbon-clad de-restricted life-saving phallus.

What if we applied this need-to-be noisy to other forms of transport? Bells on our shoes (loud pumps save lives), over-sized, carbon-fibre coconuts on our horses (hairier husks save horses) and Quasimodo’s favourite on your bicycle (big bells save bikes?).

And not just transport.  Should every packet of cigarettes come with a 1000-watt PA system that only plays drum-and-bass (loud snout saves lives)? Every bottle of Vodka attached to an enormous church organ (loud pipes save livers?).

And, of course the most important example is that every mobile phone would have to be the size of Dom Joly’s on Trigger Happy TV in order to house the enormous amplifier and speaker system needed to be loud enough to prevent pedestrians being splattered all over your nan’s Hyundai because they refuse to pay any attention to the traffic around them

Or… we could just take some responsibility for our own domestic safety.