Blog: Think you can ride London, no you Khan’t 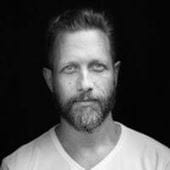 By Dutch Van Someren
Founder of the Bike Shed in Shoreditch and co-founder of We Ride London. Dutch rides custom Triumphs, Ducatis and anything cool. He likes to build, ride and talk about any kind of bike. 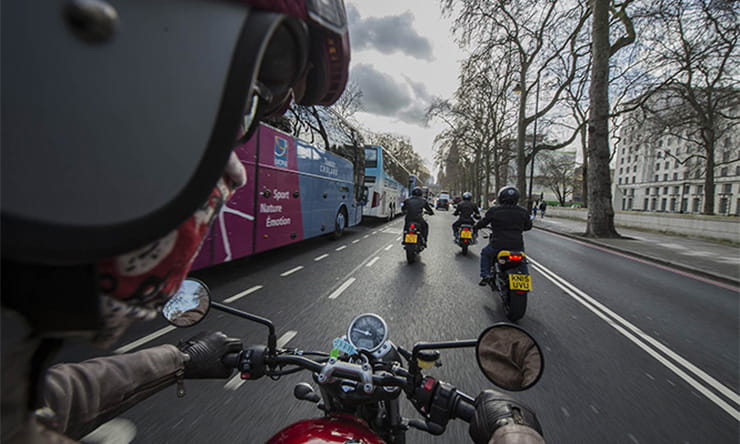 If you ride a motorcycle in the UK, you need to know that we live in a country that has active transport and policing policies that are gradually eroding our ability to ride by making it more dangerous for motorcycles on the road, pricing us off the streets through unfair tolls and rising insurance premiums, and removing our protection from crime and its knock-on effects. It’s already well underway in London, and is coming to a city or town near you soon.

If we don’t act now, collectively, as a wider mainstream group of riders, we can say goodbye to the average person riding bikes in the near and foreseeable future.

This may sound a bit alarmist, and I’ve never been one for conspiracy theories or exaggeration, but when you look at what is really happening in London right now, it all becomes very clear – we have a bleak future if we don’t act. So, what’s the problem?

The Mayor, his deputy Val Shawcross, and Transport for London (Tf) do not like privately-owned motorcycles, and have policies designed to take us off London’s streets. And this is all coming to light now that the mayor has published his Transport Strategy for London; bikes are not just being ignored, they are being hammered.

Before Sadiq Khan was elected as Mayor he wrote the to the MCIA with a promise to make biking in London safer and better. He acknowledged that ‘powered two wheelers’ played a role in reducing congestion and pollution, and that we needed help. Even before his election, independent studies commissioned by TfL showed that biking was good for our city, so we all had high hopes for positive change, like use of all bus lanes in all boroughs. There are around 55,000 registered motorcycles in London, making around 100,000 journeys a day, so you’d think we’d have some form of representation and credibility. But despite groups like MAG and a newly supercharged MCIA leadership, we are not making enough noise to be heard.

Our capital city believes that ALL private vehicle ownership is a bad thing – regardless of the reasons or circumstances – so has a general attitude that all private vehicle owners should be pushed off the streets through high taxes and penalties. This may sound vaguely green and health-conscious, and you might approve of the idea, in principle, but despite evidence that motorcycles are good for London’s streets, our privately-owned motorcycles have now been lumped into the same category as all four wheelers, and the lip service that is now paid towards powered two wheelers on London’s road network has been pulled back into only representing PTWs for commercial use – such as deliveries – because they might reduce the number of vans in London.

Whichever way you look at it, and however you feel about petrol engines and pollution, no-one can justify charging motorcycles the same level of tariffs as a van or car, whether privately owned or for commercial use.

Let's put the commercial bit to one side.

For many people in London, travelling in a privately-owned vehicle is the best and most affordable way to get around. In a 24-hour, 7-day a week economy, in one of the world’s most complex and massive cities, public transport routes and timetables simply don’t work for everyone, and some of us need alternatives. Motorcycles & Scooters provide that alternative for many people, and ahead of the whole world going electric (love it or hate it) reducing the space we take on the road, per traveller, and speeding up journeys to reduce the stress and pollution on the road network should be encouraged – and made safe, affordable and secure.

Sadly, the reverse is happening under the current administration.

In parallel with the increase in London’s Cycle Superhighway and Cycle-only roads, and an increase in bus lanes, London’s main traffic lanes are actively being reduced in width, making it dangerous or even impossible to filter. The advantage of legally slipping through the traffic is slowly being taken away, and we are now in more danger when we try to do it. These lane widths reductions are unsafe and do not take motorcycle use into account.

London is also trying to reduce pollution by charging all vehicles produced before 2007 a £12.50 daily levy to drive within the new Ultra-Low Emission Zone, which is within the entire North & South Circular roads. Many of us ride older bikes because they are cheaper to own, insure and run, but these older machines are about to lose their value, and will have to be scrapped. Not only does that affect the poorest of us, it’s also extremely bad for the environment and, considering the unmeasurably small contribution motorcycles make to the pollution levels in London, this cannot be justified by any sensible measures of value or return on environmental investment. If older bikes are to pay anything, it should be a small fraction of the amount charged to four wheeled vehicles.

One bit of good news – TfL and the Major’s new strategy document does recommend that all bus lanes are opened up for motorcycle use, however, even this is designed to support commercial PTW use and we are simply lucky to be included in this change by default.

The other massive problem we face as riders is the genuine, fast-growing and ever-present threat of theft, and even face-to-face robbery of our vehicles. 55 bikes are being stolen in London every day, usually by thugs on mopeds, and as security measures improve it’s becoming more common for thieves to rob riders at knife point while they are stopped at a traffic light – even in broad daylight.

In any other sector this would be unacceptable.

Assuming the average bike is worth as little as £4,000, that’s over £200,000 of property being stolen daily, adding up to over £80m a year. Conservatively. Over half the thefts are clutchless mopeds, which are then used for street crime, like mobile-phone robberies, but also knife and acid attacks, and even murders. It’s an epidemic of bike and moped crime, but with London’s police under pressure to ‘triage’ crime, theft of insured property is now seen as too low level to be investigated – even when it enables worse crimes to take place, and this is breeding emboldened street criminals who feel untouchable.

Even more shockingly we now know that the Police feel powerless to pursue these thugs. The UK’s Police are almost unique in being held accountable, as if they were a normal road user, when they take part in a chase, and they can easily be prosecuted for any accidents that happen while doing their duty. They are even held responsible if a criminal crashes their bike or scooter and injures themselves or dies, regardless of how this happened.

If you were a Police officer, would you risk your job and pension for a low-priority “victimless crime” where your bosses don’t support pursuit, and even if you catch the criminal the CPS is unlikely to press decent charges and penalties for being found guilty?

No one wants to see death on the roads caused by a Police chase, but this policy of not chasing criminals has not worked, and has left us with dangerous streets as a result, where we are more likely then ever to be robbed or injured on the streets of our capital city. Figures for the nine months from Jan till Sept 2017 showed 17,606 moped-enabled crimes in London... How is that ok?

As head of London’s Police, responsible for combatting this crime wave, what is Sadiq Kahn’s position on motorcycle theft and security? When asked in a public meeting by MAG’s Tim Fawthrop, he replied that motorcycle owners need to secure their property better. TfL also demands that the manufacturers make motorcycles harder to steal!

How disliked must motorcycle owners be for those, with the power to protect us from crime, to demand that we take responsibility for being victims. In what other area of life does this happen?

The outcome of all this un-checked theft and property loss for motorcycle riders is possibly the biggest threat to biking out of all these issues. Even before we are pushed off the streets, financially and physically, by those who hate private vehicle ownership and chose to ignore the positive attributes of riding a motorcycle in London, inflated insurance premiums alone will make biking a minority pastime and push many of us off the roads.

That £80-million-pounds-worth of annual property loss has to be paid for by the insurance underwriters, and that has made the business of insuring bikes in London a loss-making one for many firms. Many underwriters have completely pulled out of the London insurance market, by either refusing to quote or offering ridiculous premiums, sometimes at the equivalent cost of a new bike.

Ironically the authorities want you to own a shiny new bike that is less polluting, and helps the industry grow with new bike sales, but the rising cost of insurance is pushing us into owning and maintaining older machines, which we may now have to pay £12.50 a day to ride!

All this is obviously unacceptable. What do we do about it?

I ask you to stand by me, MAG, the MCIA and WeRideLondon, and to not leave it to others to fight for your right to ride.

Here’s what I believe, as a tax paying, insured and licensed motorcycle rider and citizen of London:

I have a right to choose to ride a motorcycle in London, as a private vehicle owner, and I do not expect to pay over the odds for this privilege:

If I am to pay for riding a motorcycle above and beyond normal road taxing, it should be fair and proportionate, and the cost should be backed by evidence that demonstrates where my actions are causing harm or costing London.

Having only seen evidence to the contrary, I am NOT willing to pay any surcharges related to congestion or pollution, for any two wheeled vehicle, of any age.

I have a right to expect that the roads are made appropriately safe for me to use:

I expect lanes widths and road layouts to allow safe and legal filtering, and safe access to junctions.

I expect all boroughs to be forced to allow motorcycles in bus lanes, for safe consistent traffic awareness.

I expect ample parking for the number of road users on two wheeled vehicles, and I expect safe anchor points that will allow me to lock my motorcycle when I park.

I do not see any justification for being asked to pay to park a motorcycle in any borough, especially without increased spaces and increased security in return.

I have a right to expect police power and policies that will keep me and my property safe from crime on London’s streets, by making motorcycle theft and moped-enabled crime activities that have dire consequences for the perpetrators:

As a tax payer, I expect the Police to have powers that will allow them to do their duty; chasing criminals without fear of the consequences being worse for them than for the perpetrator of the crime.

I also expect this high-volume of high-value motorcycle property-theft to be investigated, and criminals pursued and prosecuted.

I also demand that the Mayor, as head of London’s Police, give high priority to this unchecked crime wave, and put measures in place to make sure motorcycle crime does not pay.

Now please help me do something about all this, before London’s transport policy is set in stone and biking becomes a thing of the past.