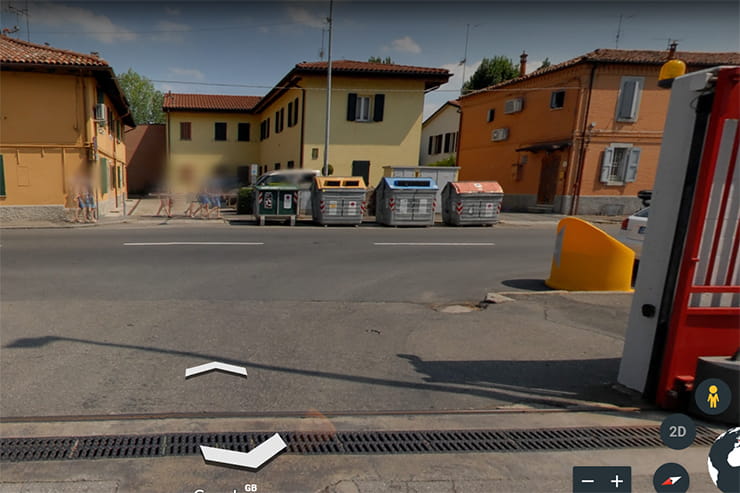 The waste bins to the right of this wonderful Google Earth photo are some of the most important pieces of real estate in motorcycling. Positioned outside the main gate of the Ducati factory in Bologna, at some point they have been the home for a morning to many of the world’s motorcycle photographers.

The ‘spy shots’ you see every now and then of new bikes being developed happen in many different ways. Some of them are staged with assistance from a manufacturer that understands the value of such things, but more often than not they happen because a dedicated band of specialist snappers get wind of when a new model is being tested. Digital photography, the demands of a hundred hungry websites, willing to publish spy shots before you can say ‘injunction’ (or in Italian…’ingiunzione’) and our ongoing fascination with new and shiny things feed this cheeky, mostly harmless game.

Back in the old days, when a magazine got wind of a new model being tested, a photographer would be despatched to catch it. I think it is the bin on the right of the above photo that the photographers would sneak into and many a new Ducati has been snapped, waiting to turn left out of the factory.

Back then, the right shots of a key bike could add significantly to a magazine’s sales figures. And as editors we’d either scrap for the best shots or (if you were a gentleman like we were on RiDE) we’d pass the tip-off to our colleagues on MCN – because a good spy shot was worth much more to them than it was to us.

Other mags I worked for were more mischievous. On one occasion we borrowed a Speed Triple and Daytona 650 from Triumph, took the fairing off the Daytona and cable-tied it to the Speed Triple, took it to Bruntingthorpe Proving Ground (where Triumph test their bikes) and took some blurry photos, from outside the fence, which we sent to another publication hoping they’d publish a ‘Triumph to build a 1050cc superbike’ story for no other reason than they’d annoyed us about something trivial and we thought it would be funny. Sadly, they didn’t fall for it.

Other journos I know have applied for agency cleaning jobs in motorcycle factories, hoping to get access to design offices after hours. Huge amounts of effort just to get a cheeky scoop. 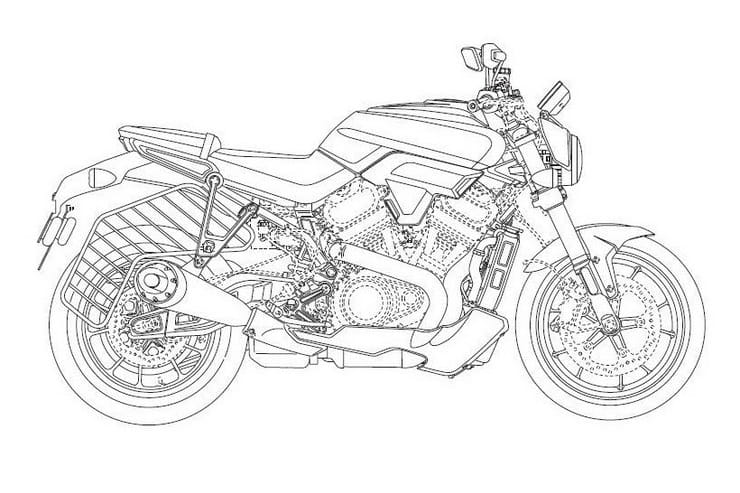 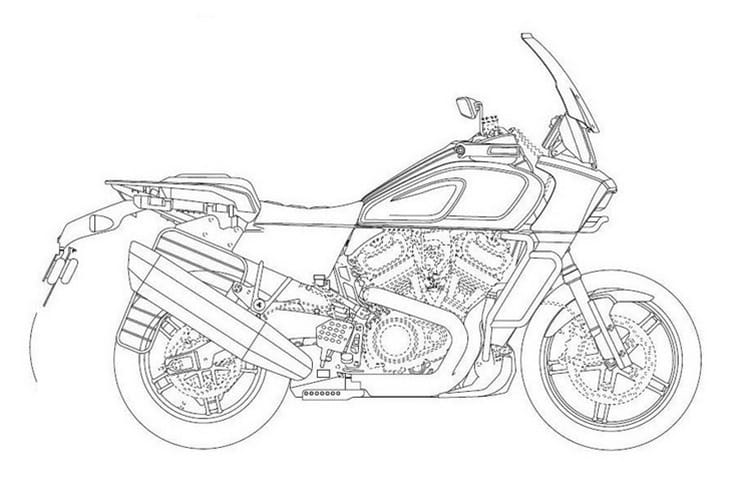 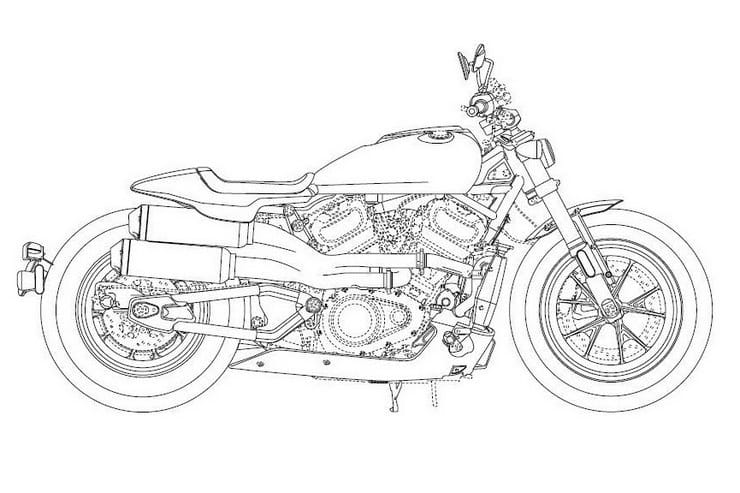 I thought I’d seen it all, but then Harley surprised us recently by posting some very detailed line drawings of their 2020 range with the European Intellectual Property Office.

The bikes might be a long way from production, but we’ve already seen them in prototype form last summer. So it wasn’t news, but it took a while to work out what was going on. They are very different to things like patent drawings, which often use a silhouette of a bike, but never as much detail as in these images. Why would HD show detailed drawings (from all angles) of bikes we’d already seen pictures of that won’t be on sale for another 12-18 months? The answer is that by registering the designs as Harley’s intellectual property it makes it harder for other motorcycle manufacturers or even toy manufacturers copying those designs before Harley put their new bikes on sale.

Now you might argue that the likelihood of anyone copying Harley’s unconventional looking Pan America adventure bike is slight, but you might well have said that about BMW’s original R1100GS too. Plus, the other new bikes in Harley’s 2020 range have styling that is much easier to fall in love with and the last thing HD needs is for some unscrupulous far-eastern manufacturer to release a cheaply-built, 250cc clone of their new range. The car world has been badly hit by Chinese built clones of many big brands, with seemingly little recourse.

For us though it’s simply another way to look at Harley’s forthcoming range. And an opportunity to present those drawings as the BikeSocial adult colouring book. To make it easy for you, we’ve put the picture of the Streetfighter into a downloadable pdf. Click the link, print out the images and get crayoning. Even better, give them to your kids and spark their bikey enthusiasm. Send us a photo of your (their) finished art and we’ll have a rummage down the BikeSocial sofa for some suitable prizes for the ones we like.