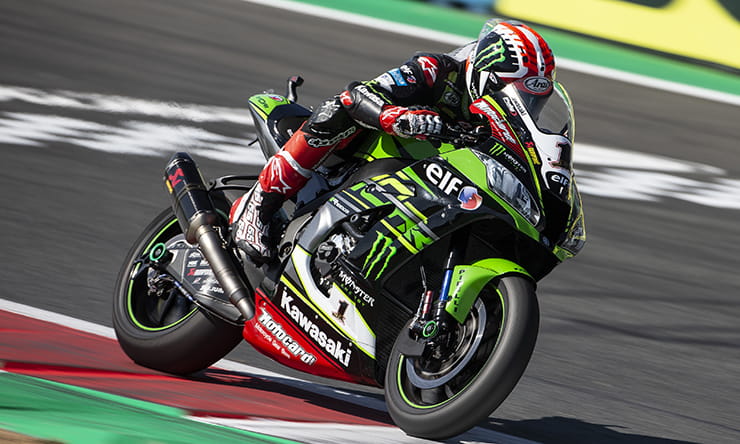 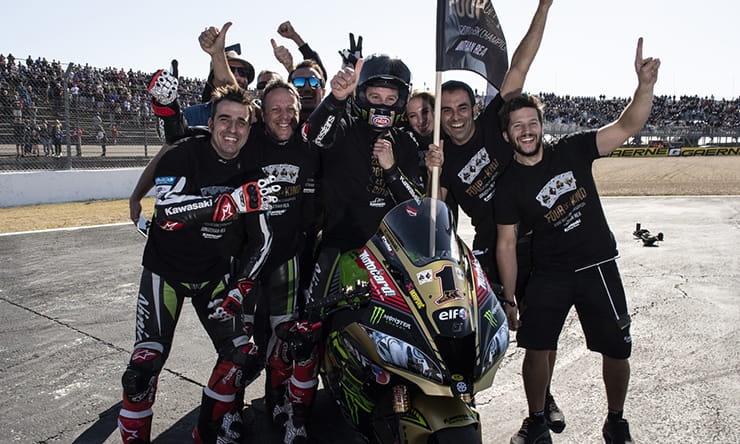 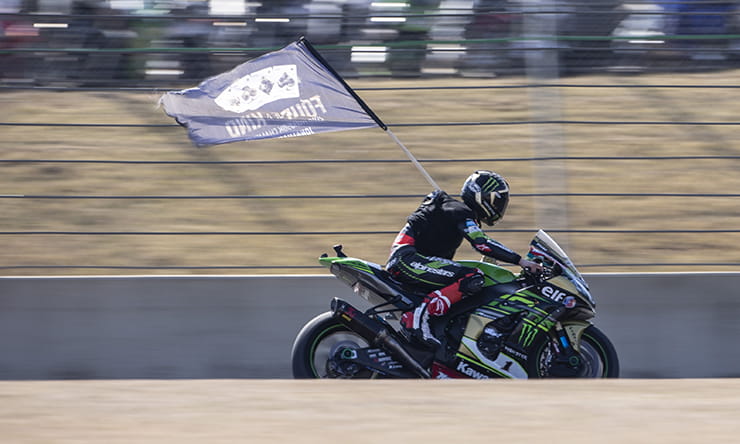 Years ago I remember a mate of mine supported a young American rider called Colin Edwards because he ‘just wanted to see a world champion called Colin’. At the weekend a lovely, apparently very humble man called Jonathan won the World Superbike championship for the fourth time in a row to a roar of deafening silence from pretty much the whole of motorcycling.

Maybe if he’d been called Butch or Wayne or Chuck we’d be more impressed.

The standard of competition in WSB is much higher right now than it has been for a decade and he has proven time and time again that he can win from the front, or from the back and with either gentlemanly finesse or a flurry of elbows when needed.

Sadly he missed the boat for MotoGP after Honda couldn’t find a place in their works or satellite teams, but not before demonstrating he could finish in the top ten with zero experience of the class – and that aren’t too many others that have done that. Rather than moan, he made a commitment to Kawasaki, who made a commitment to WSB and it’s hardly his fault that no one else in the series can put a run of results together to challenge him. 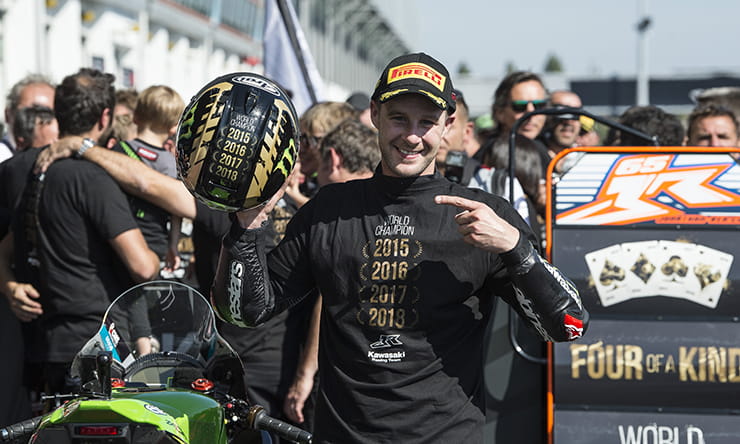 And why should Rea be penalised because he happens to be so much better than the rest? And if that matters, why can’t Dorna, which owns both WSB and MotoGP find a competitive, financially rewarding berth for him in MotoGP so we can really see how good he is?

For those of us old enough to remember day-glo leathers and WSB’s glory days there’s a huge parallel here with Britain’s other WSB legend, Mr C. Fogarty. Carl’s four titles might have been harder fought than Rea’s but the outcome was the same; a man who clearly should have been in the premier class but couldn’t find a seat through politics and carrying the wrong passport. In the same way that, given a season or two to acclimatise Foggy would have been a regular top five finisher even in the era of Rainey, Schwartz and Doohan, Jonathan Rea would clearly be quicker than half the top ten in MotoGP. It’s not just about speed, of which he clearly has lots, but also about racecraft - understanding how to win in different situations, and also when to accept second.

Instead the MotoGP rides go to the appropriate passport holders from the important countries because bike racing is a business. There’s no reason why someone from the Moto 2 class should be more suited to MotoGP than a WSB champion - if you can ride and race a bike and you can understand it’ll take a season or two to get familiar, you can ride and race a MotoGP bike.

And that’s Mr Rea’s biggest problem now. At 31 he doesn’t have that couple of years anymore. All he (and we) can hope now is that he can keep himself motivated for long enough till someone persuades Valentino to finish his career in WSB and then we can finally see one GOAT racing against another.