Finally, someone builds the electric bike that actually makes sense. 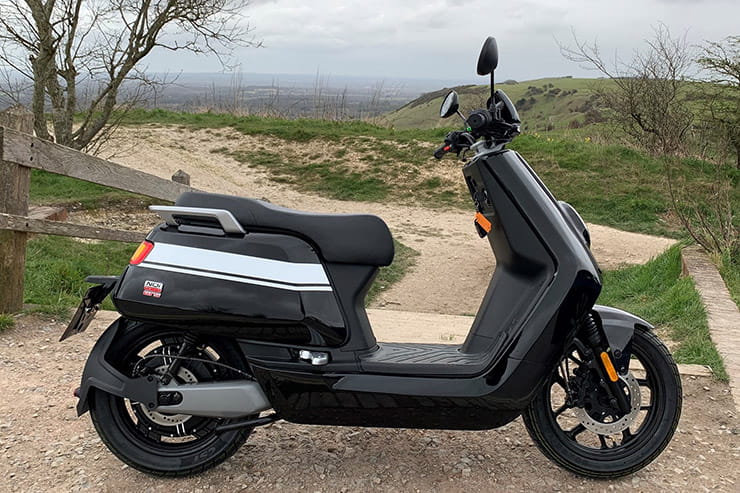 Last week we were discussing the best £2k commuter bikes on BikeSocial’s new Torqueing Heads video series. Thinking about the subject before we went live had me thinking back to when I worked in Leeds and had a daily commute of 12miles each way on slow, congested 30-40mph roads. Obviously, as a 25-year-old male I spent the summer doing said journey on all manner of GSX-Rs, FZRs and crazy Harris specials. But in the winter, I put the sports bike away and bought a scooter. My weapon of choice (if I could find one cheap enough) was the Honda Vision 80 – a fully automatic, two-stroke step-thru that did 50mph, 70mpg and only added about five minutes each way to my journey because being small, light and essentially disposable I could nip in and out of traffic, rarely slowing down for anything and not really worry about scraping or scratching it if I got too ambitious. The money I saved on tyres, fuel and chains for my number-one bike, plus the time saved not having to wash it every night to stop it dissolving, meant I could basically chuck the remains of the scooter in a skip come spring and still be quids-in. I’ve been a secret scooter-convert ever since and, in the last year or so convinced that the big opportunity for electric bikes is in well-priced, well-built electric scooters. 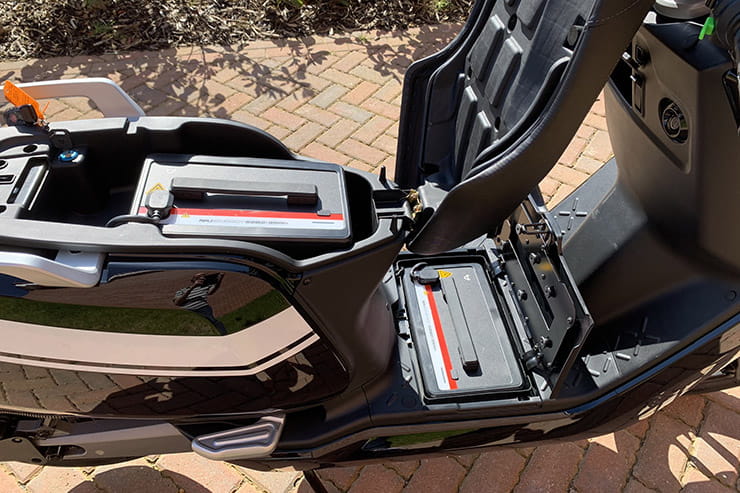 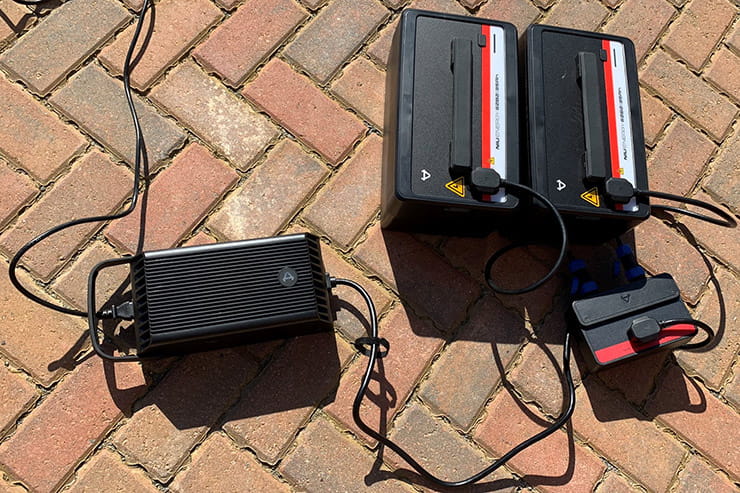 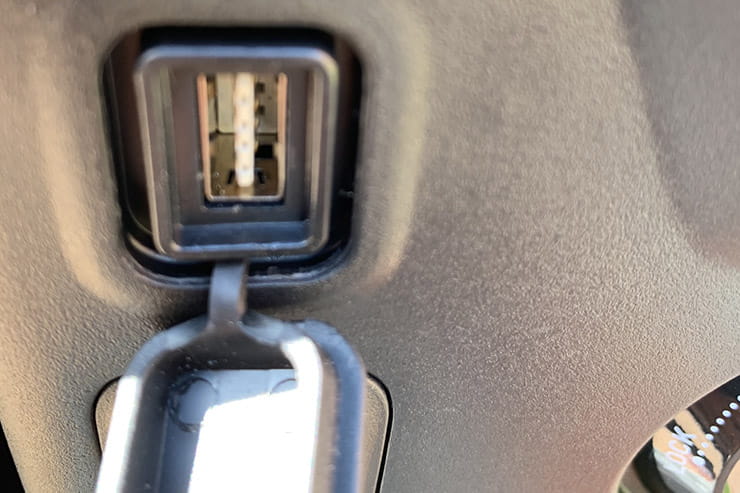 Two easily-removable batteries, each about the size of a car battery allow simple, indoor charging if you don’t have a garage and there’s a USB charger for your phone

Imagine if someone made an electric scooter that cost the same as a petrol one, had similar performance and enough battery range that you could get to work and back for a few days before needing to recharge it. Imagine also that the battery was removeable so those without a garage (with power) could take it out and charge it inside the house like your phone? All the agility and traffic-busting talent of a scooter without the hassle of petrol stationmisery, having your card cloned by the attendant or not being served till you removed your helmet. Never having to worry about oil changes, spark plugs, air filters or expensive servicing ever again and maybe even just charging it up every night like we do with our phones, meaning range-anxiety just disappears?

If something like that existed might you be tempted to either buy one yourself or recommend it to a friend or colleague? I would and I think someone might have just built it. Say hello to the NIU N-GT, an electric-powered scooter that does 45mph, around 60 miles to a charge, has two easily-removeable batteries for simple charging and costs a little over £3000.

Shortly before the C-19 lockdown I tested one. I only had the chance to do a few miles, but even in that short time, two things struck me. Firstly, the build quality is very good. The electrics are all Bosch and look like quality components. The second thing was that the performance was all I needed for urban commuting. 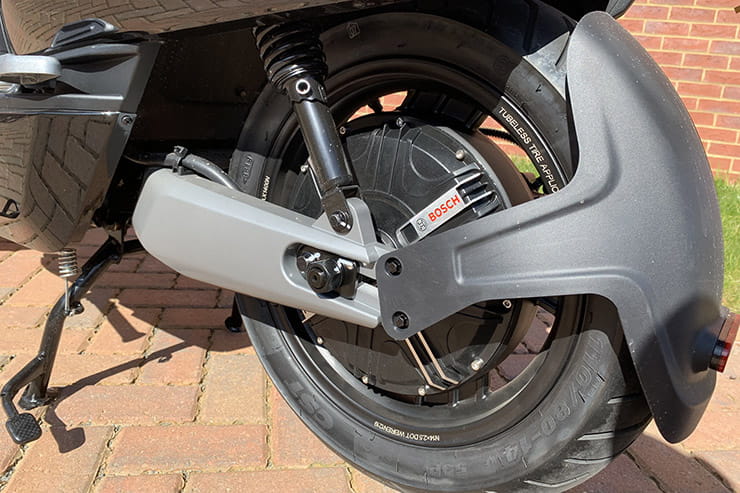 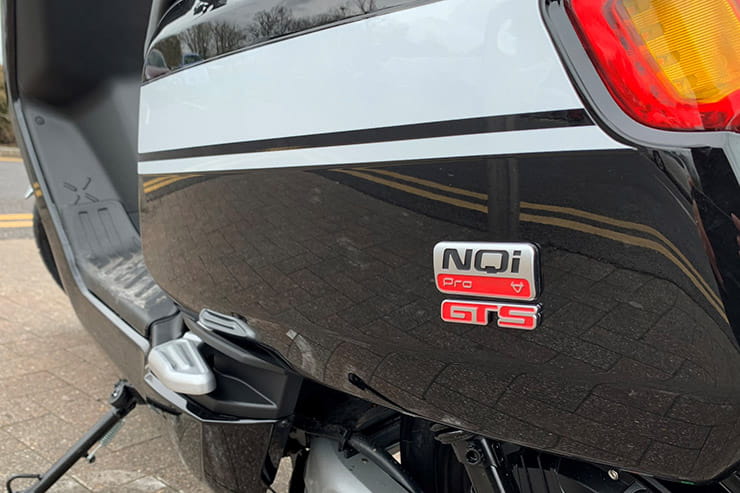 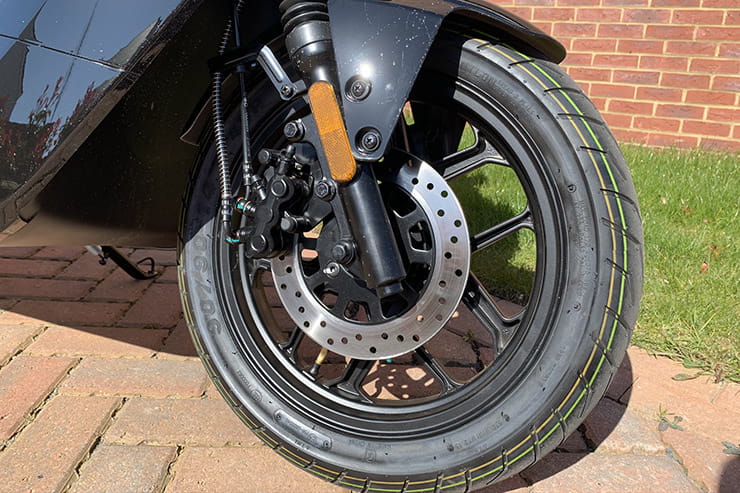 Like a 125cc petrol powered scooter with a bit more oomph at the bottom-end. I’d been apprehensive about only having a 45mph top speed because I’d forgotten the lessons learned all those years ago on my Vision 80. You have to be confident while riding it and judge the traffic carefully, but in town the acceleration is sharp enough to get away from the lights ahead of the traffic, and once moving it’s surprising how little of the traffic is going any faster, whatever the speed limits.

Obviously, you feel a bit vulnerable on national-limit dual carriageways, but this scoot isn’t intended as a solution for everyone. I’ve had several jobs and geographies in my career where I do a 20 mile round trip each day on 40mph roads and this would be perfect.

There are three power modes; Sport is the full-fat, 45mph one and gives somewhere between 50-60 miles on a charge (which takes about five hours from flat to full, from a domestic 3-pin socket). Dynamic mode knocks the power down to a moped-equivalent with a top speed of 27mph. Because of the strong acceleration even this mode is surprisingly good in busy traffic and the range increases to around 65 miles. The last mode is an economy one which is really a get-you-home function if you leave it too long without charging. I didn’t get chance to test this one, but the NIU N-GT is still sitting in my garage waiting for lockdown to end and I’ll update as soon as we can ride again.

RRP is £4000 but with the Government grant on electric vehicles, that comes down to £3196, removing the final barrier that most electric vehicles face of being twice the cost of an equivalent petrol-powered bike. The NIU N-GT also has some neat electrical gizmos such as cruise control, cloud connection, built-in immobiliser controlled by an app and a sort-of ‘Find-My NIU’ function a bit like on your iPhone if it gets stolen.

Seriously, this could be the breakthrough in electric vehicles that makes the difference. 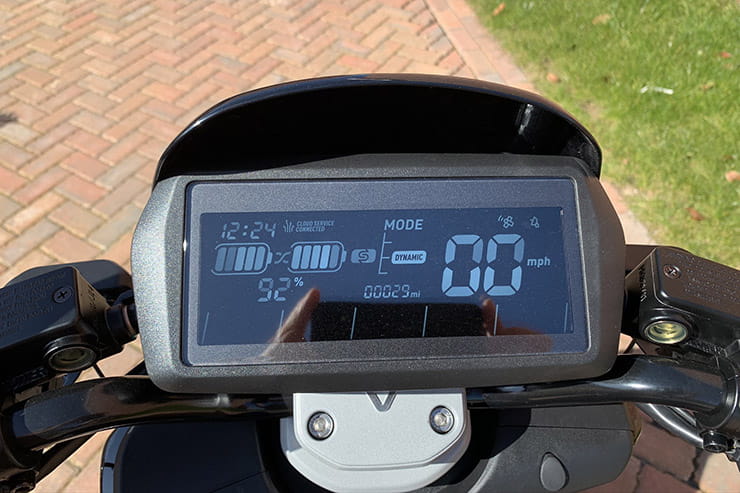