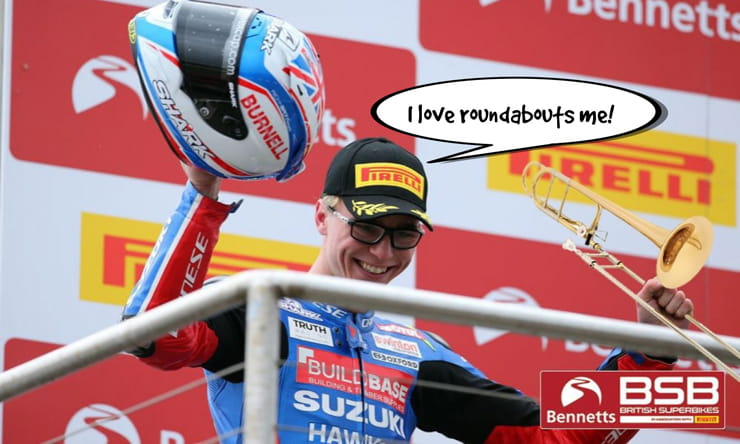 Back in the olden days (the 90s) when only sports bikes mattered and otherwise intelligent riders genuinely thought that day-glo leather suits and iridium visors made them more attractive to, well, everyone… there was a culture of getting your knee down. It seems daft now, but back then, scuffing your sliders was a serious rite of passage. Magazines even used to run features on how to do it which was a bit like trying to teach someone the trombone using crochet squares and semaphore, but such was the demand they (we) kept at it.

Nirvana for knee down was discovering a large, but secluded roundabout, preferably with junctions only on one side which allowed a clear run at the other side without worrying about meeting Mr Jones in his Vectra on his way to his trombone lesson. As if by planning the otherwise anonymous city of Peterborough had two of these roundabouts, both within a mile of where the biggest selling motorcycle magazines at the time were made. For a few daft years, roundabout surfing was pretty much a legitimate sport.

There were other such locations scattered around the UK. The best one was just off the M20 in Kent. Known to the locals as the Brands Hatch Indy circuit, this one was a development of the traditional roundabout in that it had one side squashed so that it also had a couple of left hand bends and some additional right handers that were tighter than the main two. Brands Indy was also unique in that it didn’t have any junctions being used by trombone players, trucks or tractor drivers – you could just go round and round until a man with a flag called you in for a rest.

It wasn’t long before some bright spark decided to have proper racing there and it turned out that official roundabout racing was even more exciting than the unofficial stuff happening in Peterborough. Because the ‘circuit’ was so short you could have races with lots of laps, meaning you saw your heroes close-up dozens of times. And because the spectators could see almost all the track, it made a much more compelling reason to go and watch in person than stay at home and watch on the telly.

But the best bit was that because the track layout was reasonably simple, it led to close racing with the winner being decided more often than not on who had the biggest, er, desire, rather than who had the fastest bike.

It seemed logical that the lap record would be set by either someone from Peterborough or one of the many heroic magazine journalists who spent their lives going round and round their home circuits at seemingly death-defying angles. In fact, it was another journalist from a southern-based title, Fast Bikes, who became undisputed champion of the West Kent roundabout Grand Prix.

It turned out that Shane ‘Shakey’ Byrne, a local to Brands had been secretly practising on the mythical Chobham roundabout in deepest Surrey. Chobham was but a tiny button, barely 5 metres across, requiring the kind of talent Peterborough could only dream of to master its tight lines, slippery, gravel perimeter and funky camber changes.

20-years on Shakey is still at it. Still the undisputed master of the Medway traffic island network and ready to take on challengers at his landmark venue, Brands Indy circuit.

This coming weekend will see a new batch of challengers looking to take his title including some young gun called Bradley, who’s also from Kent but has no history of day-glo, iridium or (probably) the trombone. As ever, the racing will be amazing; close, thrilling and hard fought with at least half a dozen mighty roundabout warriors, who’ve all read their ‘getting your knee down’ articles. Some of them twice. As well as Shakey’s roundabout challenge (now known by the much grander title of ‘British Superbikes’) there’s a full support programme to keep a massive crowd entertained all day. Peterborough’s racers gave up trying a long time ago, but the city still has some involvement as one of its most bike-enthused companies Bennetts is now the title sponsor of BSB.

Brands Indy is a unique circuit in British racing and one that everyone should visit at some point. Think of it like speedway on steroids for 220bhp fire-breathing monsters over 30-odd laps.

Who wouldn’t want to watch that? 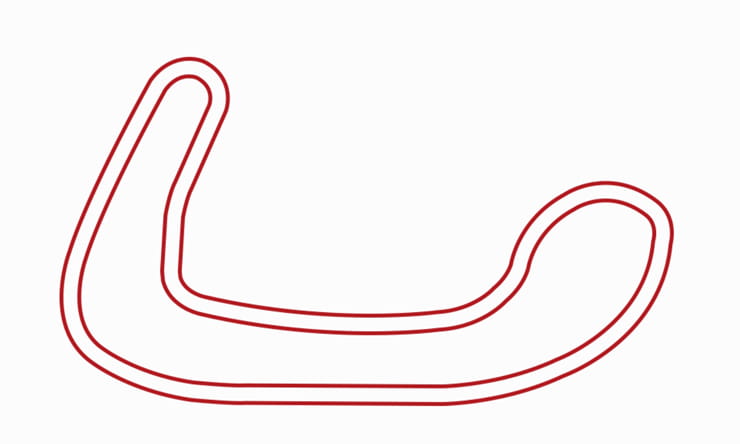