Blog: When is technology unhelpful? 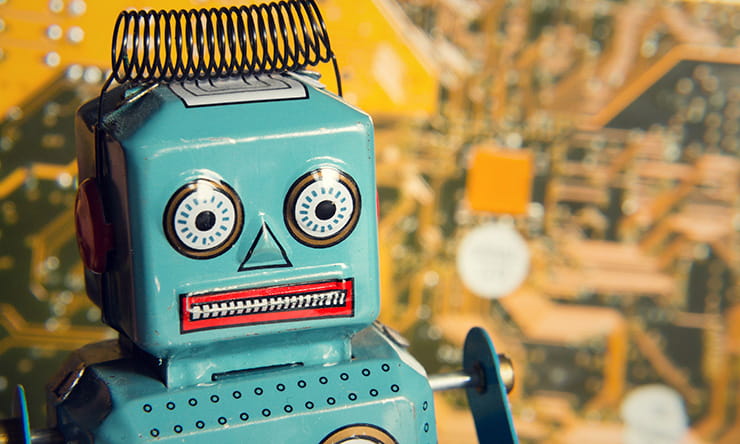 My boss Steve is a clever man. I’m not writing this hoping he’ll read it and give me a raise. In fact, I hope he doesn’t read it, because, despite being a literal genius, he’s bloody hopeless with technology.

I was trying to help him set up a TomTom Rider sat-nav today. I genuinely can’t imagine how these things could be easier to use, but I gave up after the umpteenth text tonight, sending videos of how simple it was.

“I f*#%ing hate computers,” he messaged me at one point (he’s got a grip on SMS). “I can’t remember my login.” I wonder if he hates bikes when he loses his keys?

It started this morning, when he couldn’t get his phone to tether to the sat-nav to give live traffic updates. His view was that it should just happen seamlessly like it does with his car. And he’s right, but his phone couldn’t find the Tom-Tom. I explained that, although you can filter on a bike, where he was going – central London – there are sections where it really is impossible. Get caught in the traffic there and you’ve had it.

Steve called his network, who said it was a problem specific to his model of iPhone and the TomTom. That smelt like doodoo to me. As we’re on the same network, I compared all the settings in his phone to mine, made one tweak, and it was sorted.

So am I a tech-head mocking someone happy with the simpler life? No; I hate the intrusion of technology, I hate it when these devices, which are meant to make our lives easier, don’t work quite correctly. And while I’ll freely admit to being a geek (it’s why I love being in charge of product testing at BikeSocial), I’m far from a computer whizz.

And if I want something to work, I will take the time to find out how, because I know how useful tech can be. From a sat-nav that keeps you on the clearest (and twistiest if you ask it) roads, to cornering ABS that’ll stop you crashing. I say bring it on.

One thing I really do agree with Steve is that I want tech to be transparent. If I (or any other riders) really could ride faster and harder with modern ABS turned off, I’d not be as happy to embrace it. Even at modest road speeds, if I had any inkling there was a computer judging my throttle inputs, I wouldn’t be happy with it. If my Bluetooth intercom didn’t just automatically connect when I turned it on, it’d bug me. If my TomTom sat-nav wasn’t the easiest thing in the world to set up and use, I too would complain. But it is easy Steve, it really is.

Don’t get me wrong, I do love simplicity in my life and in my bikes. I do not like the way some fuel-injection systems will make for a snatchy throttle feel, though that’s less to do with the progress of technology, and more the fault of ever-tightening emissions laws. Tech will probably fix that soon.

My own KTM 1050 Adventure has a lovely engine, and relatively basic systems. The same goes for my long-term-test Suzuki GSX-S750, with its old-school engine that delivers a wonderful ’90s howl. I love to feel like I’m riding a bike, not a computer. To me, tech should be there to help us get more from our lives, whether on or off the bike. Let’s not forget that if we refused to accept advances, we’d still be fighting with single-leading-shoe drum brakes and ribbed, crossply tyres.

Technology can take our riding to a whole new level, so If it means I need to spend an hour or so reading the instructions then that’s fine by me, as long as I can then forget about it. I say embrace technology, be willing to invest a little time in understanding it – from cornering ABS to Bluetooth communications, from traction control to sat-navs – because once you do, your riding life could be even better…

Steve has his say

I’m not a luddite, but I’m not buying your sparky snake oil either…

I’m pro-technology, really. As someone who grew up in the 70s with teenage walls adorned with pics of sweaty, rockin’ dudes in capes wrestling enormous Moog synthesisers, I dreamed of the day when I could have a boxful of knobs of my own.

What I didn’t do was spend the 1980s or 90s riding around on all those amazing motorcycles thinking, ‘How rubbish is this? If only someone would invent nine stage traction control and anti-wheelie systems, then finally motorcycling might finally be some fun.’ Nope, I just rode at every opportunity, fell in love with motorcycling and my only techy thoughts were about adjusting the rear shocks’ preload to max because that was how you improved the handling of a £500 1970s hack, which was all we could afford back then.

You don’t need TC, AWC, ABS and ESA to make motorcycling enjoyable. You just need a twistgrip, some decent tyres and a mischievous interpretation of the law. No one in the history or motorcycling ever woke up and said, ‘What I really need is something to stop me doing all those unplanned, uncontrollable wheelies’. All those electronics are great because they make riding safer, but they should also be non-intrusive and are definitely not a marketing ploy to persuade me to spend more money to make my bike slower and number through even greater electronic restriction.

How ironic that the same generation who spent the early-1990s rebelling against Martin Bangemann and the EU’s attempt to restrict bikes to 100bhp will now happily spend extra money on higher-spec gadgets that restrict our bike’s output with ever-more finesse. And how sad is it that we now have such little belief in our riding ability or desire to get better that we’d prefer to pay extra for a digital safety net than actually improve our riding?

Technology is only great when it enhances the experience. Sat-Nav is a perfect example of something that improves our lives massively, like smartphones, iPods and most Apple products because they place ease-of-use above  complex, geeky interfaces. When it goes wrong is when there are too many unnecessary features and the whole thing needs a PhD in instruction manuals to make it do what you bought it for.

A couple of years back I got a pair of Bluetooth intercoms for a touring holiday to America. At low speeds they were ok, but above 45mph, we struggled to hear eachother. When I got home it turned out that the standard settings are incorrect and you have to delve into the inner set-up menus to make them work effectively. None of this was mentioned in any of the instructions, so I just thought they were rubbish and expensive. How dumb is that?

Tethering my phone to my bike sat-nav should be as simple as it is to the one in my car because… John, once I’d done it you were right, it was brilliant and I loved it. The Tom-Tom 450 sat-nav is brilliant too. I love that too and I’m glad I made the effort.