BLOG: TT start line emotions… and it’s not even a race 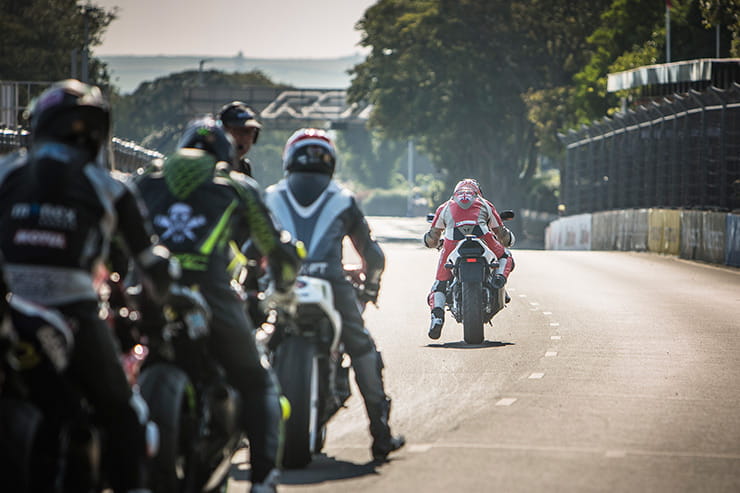 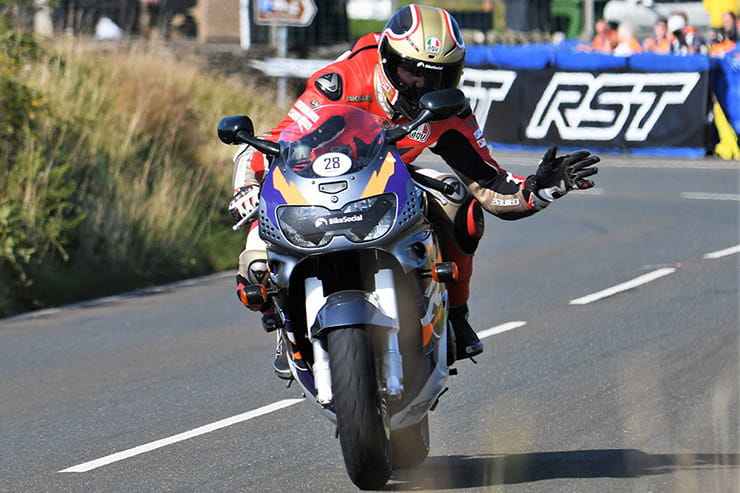 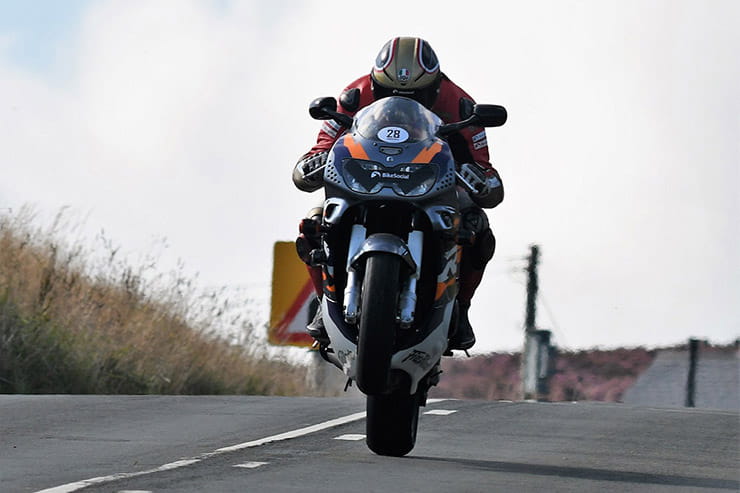 On this calm and sunny day once the sea mist that had disrupted the day’s Classic TT racing, the view down Glencrutchery Road is best described as tranquil. While my peripheral vision takes in the hundreds of spectators consisting of race fans, media, dignitaries, sponsors and organisers, the tunnel between advertising hoardings towards St. Ninian’s crossroads seems calm – as if I was living in slo-mo, momentarily.

I’m sitting astride a 1996 Honda CBR900RR FireBlade at the head of the queue with nobody in front of me on the road, my front wheel is on the start line, the marshal has his hand on my shoulder. Ten seconds earlier my colleague Luke on a 916 Ducati had left the line but now, even though I’m aware of the noise all around from my own engine and the two-stroke revving behind, there’s a moment where I feel so relaxed – an obscure feeling knowing that within 30-seconds I’ll be propelling myself at over 100mph down Bray Hill. “This is ‘just’ a parade lap,” I tell myself.

It’s no ordinary parade lap; the full title is the Classic Racer Lap of Honour and 120 bikes are set for a closed road lap of the 37.73-mile Mountain course that is home to the Isle of Man TT. Further down the road having been first away were John McGuinness, Carl Fogarty and Giacomo Agostini with 36 TT wins between them. And here I am, at the head of the world’s most famous road racing circuit with no TT wins. In fact, no TT races. Ok, not even any race. Ever.

Nervous? Not so much. I’m eager to get away without hiccup but don’t want to wish away any second of the bucket list event. Not many non-racers get to experience the TT Mountain course while the roads are closed.

But I click my visor into place, give the throttle a quick snap to reassure myself for the tenth time in the last ten seconds that the engine is running. Can you imagine stalling now? 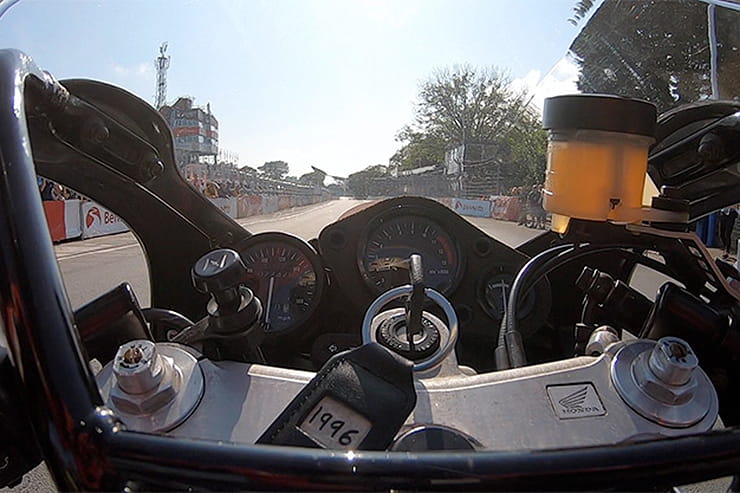 Is this what McGuinness, Peter Hickman, Michael Dunlop and every TT racer over the years experience when they sit on the line about to fire their race machine into a 4 or 6-lap battle? I’m not one to get over emotional about situations but this is close to home, it’s one of those moments in life that our memory captures forever. I’d completed one closed road lap of the TT course before, last year, on the ex-McGuinness Valmoto Triumph kindly loaned to me by The National Motorcycle Museum but that wasn’t a standing start. I was in with a larger crowd of bikes ushered straight on the Glencrutchery Road from Parc Fermé and away. There was no build-up on the start line, shuffling forwards as each competitor set off. Yes, this year was different. The anticipation of what was about to happen had time to manifest. The realisation of how fortunate I was to be able to experience this was striking. Two cameras, a datalogger and a sound recording device all had to be switched on, while balancing the difference between warming up the engine and overheating it.

Then that tap on the shoulder. This just got real. And within a metaphorical blink of an eye I’m away from the start line in a non-lap record threatening yet non-embarrassing manner. The 919cc inline four whirs below and while some of the original 123bhp’s may have escaped there’s still plenty of go in the old girl. The noise of a road bike in a race situation is far from deafening for those aligning the start/finish straight and there’s enough of a din inside my helmet to confirm that, with a quick glance at the rev counter, a change up around 9,000rpm would be optimal. 30 seconds in and 100mph is displayed at the bottom of Bray Hill but thoughts about a braking marker for Quarterbridge have been replaced with how much waving should I do? I mean it is a Parade Lap after all.

I won’t describe how I felt during the remainder of the lap but why don’t you tune in yourself. Here’s the view from a GoPro mounted on top of the fuel tank. As you’ll see, there’s a fair bit of waving and parading and a little effervescent riding along the way as the sense of occasion got to me. Yes, there are some hideous lines and a fair amount of stuttery riding in the sections I’m not too familiar with, not to mention some questionable gear selections but who cares, the FireBlade sung its sweet song and I was grinning from ear to ear for the 25m39s (average speed: 88.26mph).