Blog: Speed restrictors - not such a bad idea? 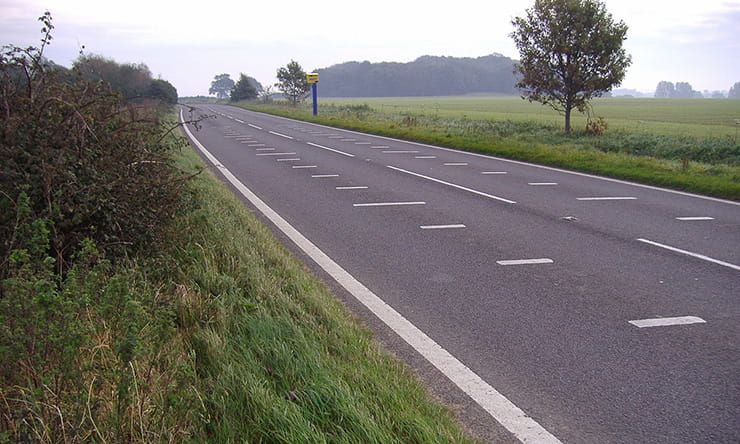 The headlines will be as shouty as you’d expect. ‘EU approves fitment of speed restrictors to cars from 2022’ etc. Cue outrage on social media, vaguely supportive comments, with caveats, from the motoring organisations and general apathy from the majority of motorists for whom it would take much more than this to wake them up at the wheel.

The proposed restrictors are part of a raft of measures designed to make cars safer, including fitting of automatic emergency braking systems (that apply the brakes when you get too close to a vehicle in front), black box driving data recorders, drowsiness monitors and safety glass to protect the pedestrians and cyclists you collect on the way.

Motorcycles are exempt (for now), but chances are it’s only a matter of time.

Speed restrictors and the black box recorder will be the ones that spark the loudest conversations, but, as riders, there are merits to both. The way the speed restrictors will work initially involves a symbol appearing on your vehicle’s dashboard reminding you of the speed limit. If you ignore that, your vehicle will gently cut the power and slow you down. The system can be over-ridden by deliberately opening the throttle (a bit like the kick-down system on an automatic car) so you won’t be left stranded mid-overtake.

The key thing (I hope) is that all those dawdling motorists who don’t understand that the white circle with the black stripe means national speed limit and carry on doing 40mph when they leave the village will now get a reminder that the limit is actually 60mph. Which could mean that average speeds actually increase in rural national-limit areas, which could reduce accidents resulting from frustrated drivers clumsily overtaking the dawdlers.

And the black box recorders (if we ever have to fit them) will hopefully show that we were only doing 28mph in the urban area when the car that pulled out in front of us claimed we were speeding. If we continue to ride smartly then these things will work to our advantage.

The really interesting thing will be what happens to all the speed cameras that the authorities have spent millions of pounds on. In this safe, new world they’ll be completely redundant.

And that gave me an idea.

A few years back when I worked on a mischievous sports bike magazine, we ran a ‘hidden photographer’ feature. The idea was that we sent a camouflaged snapper out to one of the local twisty roads where he hid in the bushes on a Sunday afternoon and took pictures of the heroic lean angles achieved by the county’s wannabe racers. We printed the best ones and gave a prize each month to the most stylish.

Maybe the Government can use all the soon-to-be-redundant speed cameras to do the same. All they need to do is snap the number plates of a bike when it joins the road and then reposition the existing cameras (lower down and, closer to the apex of the best corners) to catch a more flattering angle of the bike and rider as they go past.  Then, every night, the cameras automatically contact the rider, showing them a preview of the photos taken and offering a pack of prints of them looking suitably heroic – a bit like the ones you get at a theme park or a track day.

Once we knew they were there, most of us would do our best to make ourselves look as good as possible, so riding standards would surely improve massively. And, were we to get it wrong and cartwheel into the hedgerow, at least we’d have a picture to show our mates.

And it doesn’t have to just be cornering. Suitably placed cameras on the most scenic roads could capture us and our bikes in the most scenic parts of the UK against some stunning backgrounds. Far better to have a beautiful shot of us actually riding in the Scottish mountains or Wales, or the Yorkshire Dales than just another ‘parked-up-in-the-layby’ picture. Plus, we’d no longer have to keep missing the most beautiful bits, stopping too often and fumbling in pockets for phones and then cursing when the face recognition doesn’t work with a helmet on.

So the Government would still make its money from the cameras and we get to analyse and improve our riding using real-life imagery. We won’t be speeding because the technology on our bikes won’t allow it and, most of the corners with the cameras on will be sub-60mph anyway so we can concentrate on the lines rather than the speed.

Is anyone else feeling optimistic about this or is it just me?