Motorcycles, not motorways are the way to fix congestion and climate change 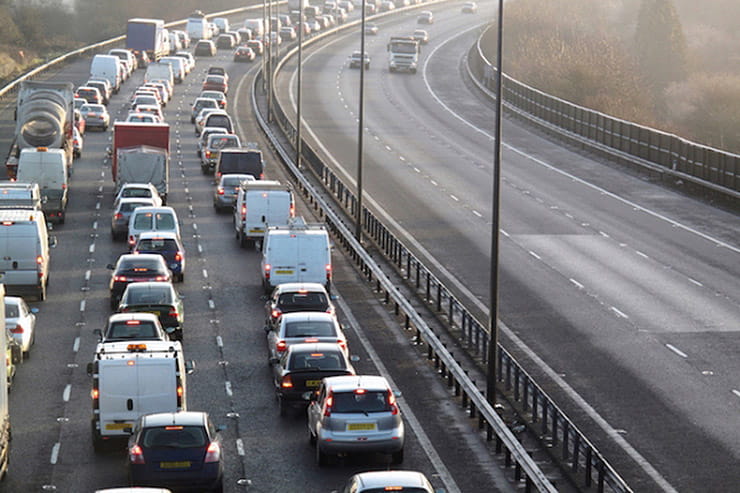 Some ideas are brilliant, and their inventors deserve a place in history. The iPod, Yamaha’s EXUP valve, BMW heated handlebar grips, Maltesers and electronic drum kits will all be in my personal museum of genius. Smart Motorways will not. There’s been a lot in the news recently about Smart Motorways because it turned out you didn’t have to be at all that clever to see the obvious and fatal flaw in the final design.

Statistically motorways are the safest roads. Barring the odd occasion when someone goes down the wrong slip road, all the traffic is going in the same direction, there are no T-junctions or roundabouts. Visibility is usually good, the road surface is well maintained and, should you break down, there’s a hard-shoulder where you can wait for assistance and the emergency services can use to reach an incident quickly. Motorways are a great example of safety-by-design.

As traffic levels increased it became obvious more space was needed but adding an entire lane to 100s of miles of high-speed tarmac is even trickier than it sounds. Imagine the challenges of something as simple as joining and leaving a motorway at the same time as the road builders are trying to add a new inside lane?

Building a series of additional refuges on the edge of a motorway is much simpler (and cheaper) and controlling the lane-that-used-to-be-the-hard-shoulder via radar (to detect a breakdown and close it off for the emergency services) and flexible use of lanes is a very clever idea. The original smart-motorway pilot on the M42 had safety refuges 600 metres apart and radar technology to detect a broken-down vehicle and automatically close the lane. Sadly when the full Smart-Motorway network was commissioned, at the height of the Government’s austerity campaign the distances between refuges grew far beyond that, the radar was discarded and no one considered how a police car or ambulance was supposed to reach an incident or make it safe without a hard shoulder.

If you run out of petrol or your electrics conk out in the rain, your cambelt breaks, tyre blows out or two-stroke engine seizes, you have no choice but to roll to a halt before you’ll ever reach a refuge. At this point in the inside lane of a Smart Motorway you have about, ooh, a second or two to get off the bike before it is smashed to pieces by a Volvo 18-wheeler with nowhere to go.

The other issue is that Smart-Motorways require smart thinking. Drivers have to be even more alert and aware of the likely dangers in a section with no hard shoulder. They should leave a bigger gap, exercise better lane discipline and maybe, even stop staring at their phones for a few minutes too. If you travel by motorcycle, you’ll already know how dumb many motorway drivers are.

Some bits of Smart-Motorways are very clever. The variable speed limit idea is genius because it manages the flow of traffic so you might have a few minutes of being stationary, but rarely get stuck in a full-blown stinker unless someone does something stupid.

The problems were highlighted recently on BBC’s Panorama, which showed how the success of the original pilot scheme on the M42 has become an absolute disaster because somewhere in the commissioning and building process someone decided that they knew better and could save a few billion quid by downgrading the specs.

It’s not often you feel sorry for a Government Minister, but on Panorama, Grant Shapps, the current Transport Secretary looked like a man with absolutely no idea what to say, no ability at this point to make any actual commitment as to how to fix it and clearly no resources or actual new ideas on what the solutions might be. 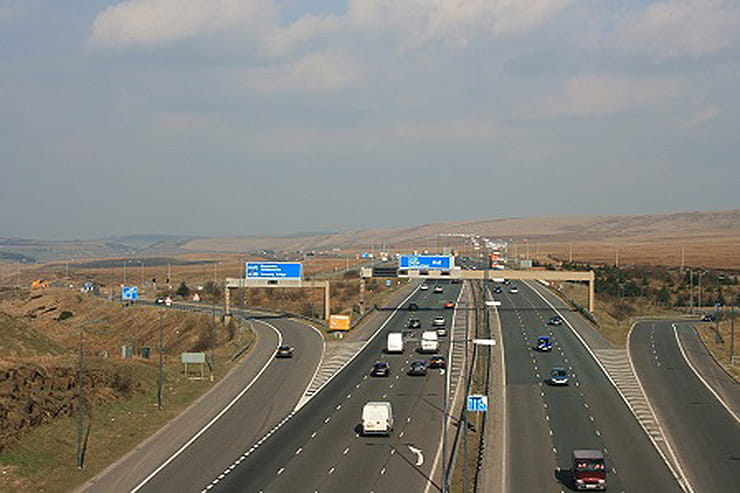 At the same time as Smart Motorways were making news there was a fascinating article on The Guardian website about how London is probably the only major city to have just about banned the private car entirely from its streets and yet, congestion and pollution are at an all-time high.

The article went on to say that, while the massive investment in cycle schemes has been a tremendous success – increasing cycle traffic massively – the new wave of two-wheeled evangelists are mostly made up, not of former car-commuters, but frustrated public transport users who swapped buses for bikes because the newly-installed cycle lanes have increased the congestion for everyone else including the buses, which are now averaging a speed through Central London that is slower than most humans can walk.

At the same time, the boom in Uber and other private-hire drivers (numbers have doubled in the last ten years) means that there are typically around 25,000 extra empty Ubers circling the capital, doing nothing more productive than waiting for their next fare, but contributing massively to congestion at the same time.

Now add in the hundreds of white vans delivering three separate Amazon Prime parcels, ordered an hour apart to the same address because Amazon’s brilliant business model forgot to include the impact on congestion, pollution (because all those ancient ‘gig-economy’ vans idling in congestion are killing 9500 people a year) and frustration.

Forgive me if I’ve mentioned this before but the answer is staring everyone in the face.

The simple answer to fix congestion and manage traffic flow is no longer to reduce speed limits (except on the motorways) or incentivise multiple occupancy in cars because there are no private cars left (in London now, but many other cities are planning similar schemes). Swapping the fuel your car uses from petrol to electric does nothing to fix congestion in the same way that building a smart motorway network that increases the number of accidents actually increases congestion at peak times.

As someone who has spent most of the last 37 years commuting many hundreds of 1000s of miles by motorcycle, I still don’t understand why we, as a nation don’t get it. The UK doesn’t have the space or the money to build enough roads or parking for the number of cars we’d like to own. And those in charge aren’t even convinced that we should be allowed to own those cars in the future anyway. Why would any government commit to a massive expansion of motorways that’ll be finished just as we ban petrol and diesel cars in 2050. We can’t run effective public transport outside of London and the fumes of four-wheeled congestion are poisoning our children every day.

Just imagine if some smart minister applied the same cash (or tax) incentive to buying a motorcycle as they do to electric cars or bicycles? Something similar to the ‘cycle-to-work’ scheme that promoted small-capacity motorcycles or scooters for nipping about on? Potentially the congestion in our towns and cities would disappear and the pollution would drop too because bikes don’t sit idling for half their journey. Our population would be less stressed and better off for not spending £50 per week on the fuel they pump into your kid’s lungs each day. They might not be getting as much exercise as a cyclist but will be home so early they’ll have time to go for a run, walk the dog or play their electronic drum kit.

Or am I missing something here? 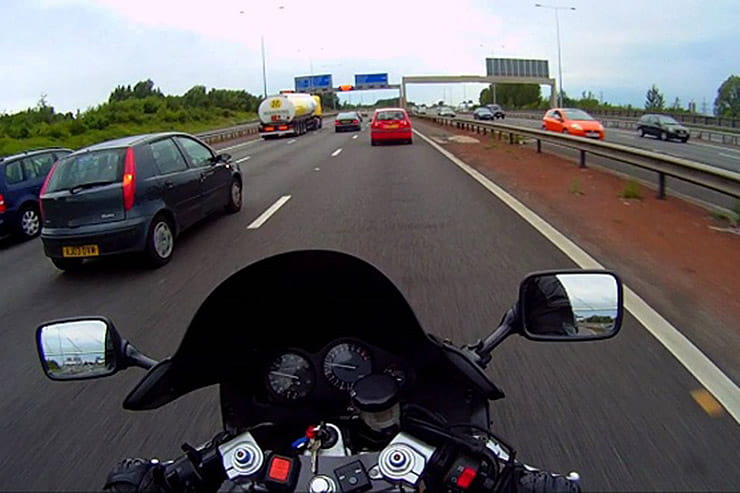