Cyclists – the answer to motorcycling’s fight for survival? 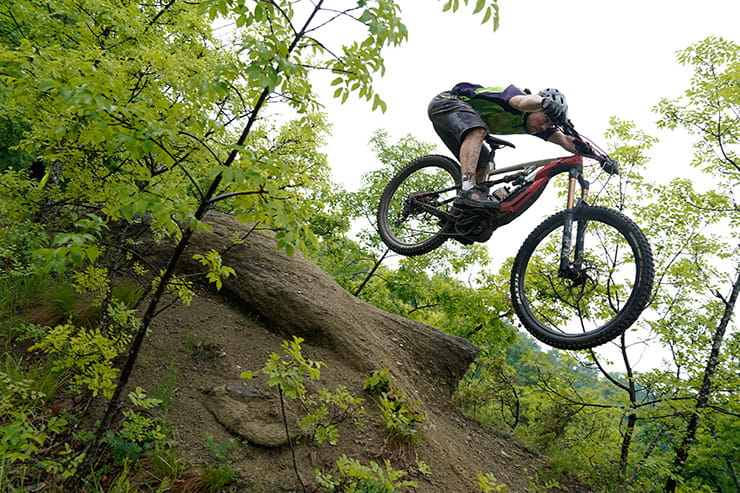 Last weekend I had a couple of days in the Yorkshire Dales. It’s the first time I’ve been there on a weekend for years – the best bit about doing biking for a living is that I do most of mine midweek. On Sunday, in particular I was struck by the number of pedal-cyclists huffing up every hill and blocking up the narrow, twisty roads. I know cycling is popular and I get why. I also know too many former motorcyclists, who’ve swapped petrol for pedals in the last few years because cycling is inclusive, friendly, gender-neutral and doesn’t have the (their words) ‘Childish male machismo of motorcycling’.

I’m not getting involved in that one, but I ‘get’ cycling – it’s my second favourite form of getting about. But my cycling is practical – it gets me places and allows me to indulge my Maltesers habit. These hardcore psychos, huffing and puffing up and down a Dale or two are fast becoming as hated by other road users as motorcyclists.

I’ve definitely noticed an increase in hostility towards pedal-cyclists. Social media has shared a number of images and memes aimed at ramping-up the negativity and a recent TV programme on Channel 5 added fuel to the fire. One of the memes (the one with the line of elephants, line of ants and huge bunch of disorganised cyclists) keeps popping up on dozens of motorcycle pages with a kind of smugness that can only come from people secretly thinking ‘phew, they’re picking on someone else for a change’.

I have a different thought when I see it, which is, ‘Shouldn’t we be joining forces with these cycling guys (and the horse-riding community for that matter) to defend our respective corners?’

There’s a lot to be gained from this. For one thing we all come under an official (that’s official as in government, insurance and legal profession) description of ‘Vulnerable Road Users’ along with pedestrians. Together, we have some power because individually we each have strengths.

For example, cyclists are the current darlings of ministerial eco-commuting. Nothing covers miles faster with less emissions while making us healthier. Cyclists have powerful, successful lobbying groups and the kind of persuasive arguments that get them listened to. The argument they can’t win is the one that says ‘We paid for this road space so we have a right to a say in its strategy.’ Motorcyclists have brilliant anti-congestion credentials and are very time-efficient. We pay disproportionately large amounts for road tax and insurance but lag behind on the emissions (especially CO2) and are universally hated for being noisy, dangerous (in the eyes of everyone who doesn’t ride one) and seeing ourselves as above the law.

Horse riders are at the bottom of the pile offering zero benefits to congestion, creating methane, paying nothing and getting carried around in ancient, diesel-powered lorries. The public perception is of riders being posh, privileged and covered in fox blood, but no one inside the M25 (where all transport policy is made) has ever actually seen a horse apart from underneath a Queen, and so they are disregarded. But horse riders have two secret weapons. Some of them are indeed very, very posh and influential, most of them are completely bonkers and, having spent the weekend watching a pack of dogs rip a fox to shreds, the radical wing of militant pony-club mums, emboldened by some strong ‘medication’ think nothing of picking a fight with anyone, over pretty-much anything.

Individually, we all have weaknesses, but together – the cyclists’ smug green credentials, the horsists’ contacts at Downton Abbey and crackpot determination and the motorcyclists’ actually paying large sums of money to be treated like scum – we could be truly powerful.

And as the bad-boys of road users, motorcyclists could use being hidden in an otherwise appealing alliance. Motorcyclists have zero influence in government right now, but as part of a greener, licence-paying, congestion-busting eco-alliance, we could get things done. Especially because the next big thing in personal, urban transport is likely to be some kind of electrically assisted bicycle (pedelecs). Pedelecs have gone through their initial ‘yes-we-know-it’s-a-bit-rubbish-but-would-you-mind-paying-stupid-money-for-it-anyway?’ phase and the latest ones are becoming easier to justify because the big-brand cycle makers are getting involved and the prices are only about three times what you’d expect to pay. Some of the latest ones are genuinely cool propositions for urban transport and could (and should) become the new moped/scooter and for someone looking for eco-friendly, cheap-to-run motorised transport for commuting, they are very appealing.

Imagine the horror in most households when little Jonny comes home and says ‘Daddy I want a motorcycle.’  Now imagine the same conversation when he says ‘Dad, you know that push-bike you bought me, would it be possible to upgrade to an electrically-assisted one now I need to go further to my new job?’ It’s a no-brainer. In the eyes of a typical parent, pedelecs are funky, cool and acceptable, where motorcycles are the transport of criminals, drug dealers and teenage organ donors.

Pedelecs won’t solve motorcycling’s woes, but whether we want to admit it or not the next step in motorcycle development will be electric and a generation of teenagers that migrate from bicycles to pedelecs will have very different expectations of performance and the logistics of running an electric bike.

Someone, somehow in the UK bike industry needs to be joining the dots between these opportunities, especially since the previous £1000 limit on the government-backed cycle-to-work scheme has just been abolished meaning that you can buy a pedelec and get up to a 42% discount (depending on your income tax band) and pay no VAT via the salary sacrifice scheme. This scheme means something like Ducati’s stunning e-mountain bike, which usually sells for £5600 would cost between £3000 and £4200 depending on your income tax bracket. That’ still not cheap for a motorised bicycle, but a top-spec, cool electric commuter (that you can still pedal home when the sparks run out) makes a lot more sense right now than a £20k-plus electric bike and permanent range-anxiety.