Blog: Do loud cans save lives or just sound the death knell for biking? 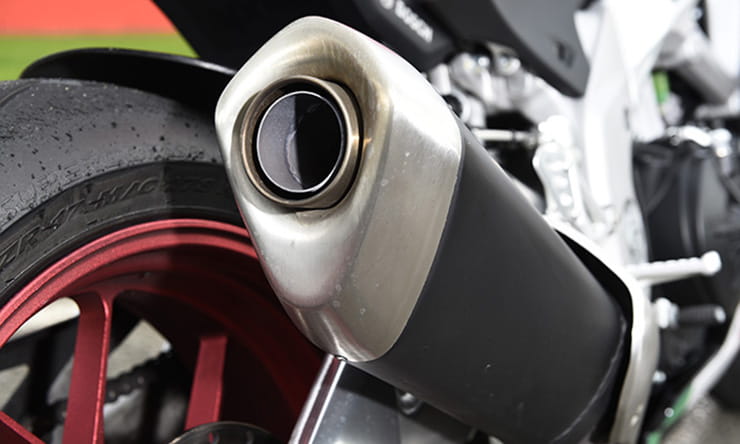 If you were watching the BBC news last Saturday morning you might have seen a story about plans to investigate ‘Noise cameras’ to catch motorists whose modified vehicles are disturbing the peace and quiet of our not-that-green and increasingly unpleasant land. And, when they wheeled out the man behind it, the Government’s chief-of-gaff Chris Grayling, I almost rolled over and went back to sleep.

But then I did some digging and it turns out that we, as riders need to keep an eye on this.

The new cameras don’t actually exist yet but the Government is looking into it.

The impetus for this came from a long-standing campaign in the Meon Valley, which is a small belt of Hampshire through which the A272 (a well-used biking favourite road) and A32 pass.

In September 2018 Meon Valley MP George Hollingbery wrote in a letter to his constituents, ‘As we come to the end of a particularly long and hot summer, I wanted to update you on the work being done to tackle anti-social motorbike use.'

He described a meeting with the chairman of C.A.N.S. (Communities Against Noise and Speed) to discuss, ‘taking action against the noise from motorbikes that so blights the lives of those living near and using the A32 and the A272 in the Meon Valley.’ The meeting was also attended by representatives of other MPs, a man from the Ministry and councillors from Meon Valley. The police were invited, but did not attend.

Mr Hollingbery described the problems in dealing with the matter as;

Although the Minister had apparently committed to look into available technology, he also admitted that, ‘These, if deliverable at all, will take a long time to design, scope and legislate for.’

There are many other problems too. Although technology currently exists for testing cars - the Police already have an audio analyser, the NTI XL2 - they cannot use it for providing prosecutional data for motorcycles because it also picks up the noises, rattles and other miscellaneous sounds of your engine as well as the exhaust.

The roadside technology demonstrated in an illustration on the BBC story would also do the same...plus tyre noise, wind noise, transmission noise, the sound of the oncoming traffic, an RAF fighter plane passing overhead, tractors in the fields, angry Hampshire citizens shouting and a rider’s voice screaming, ‘Oh no, not again’. Oh, and the illustration of the proposed technology shows a forward-facing system, with a forward facing microphone and cameras that would struggle to recognise a motorcycle numberplate. 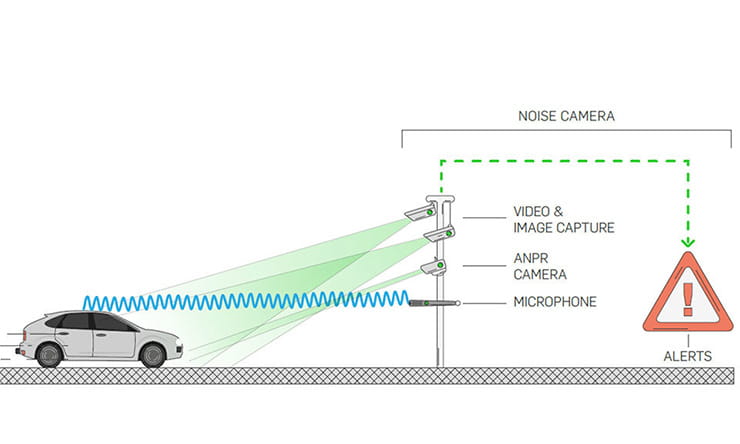 The other difficulty with cameras is hinted at in the point about legal exhausts accelerating quickly. Most noise tests are either done statically or at a specified speed in a specified gear. Imagine the difference in noise between a low-revving, 1200cc touring bike, doing 70mph at 3500rpm in top and a sporty 600cc race replica doing 70mph at 10,000rpm in second gear. Both could be fitted with completely legal standard exhausts, but one will be much noisier (and much higher pitched, because the same amount of decibels can sound very different at different frequencies).

To make this work the authorities would have to have an accurate speed reading, which is possible, but they’d also need to have a graph of noise v speed in every gear for every vehicle on the roads and they’d have to know which gear the vehicle was in. Until we get very sophisticated black-boxes on our bikes (at which point noise will be the least of our worries), that seems a tricky one to me.

Oh, and the Government has pledged that petrol and diesel engines will be banned from sale after 2040 anyway, so why develop a technology for a world that shortly won’t exist

Finally there’s the cost. Speed cameras work because they catch tens of thousands of daydreaming car drivers and a relative handful of motorcyclists every day. Their presence can be justified because of the reduction in accidents and enormous revenues raised. The comparatively tiny income lifted from a few dozen noisy two-wheeled hooligans who haven’t worked out where the cameras are yet on the A272 twice a week won’t even pay for the warning signs.

Having a noisy exhaust currently brings a £50 fixed penalty notice. There are no penalty points because, fundamentally you aren’t endangering anyone.

So no need to worry then? It’s all just another ‘Chris Grayling moment’. Sadly, the answer is that this is precisely why we as motorcyclists should be worried because the alternative is far worse. 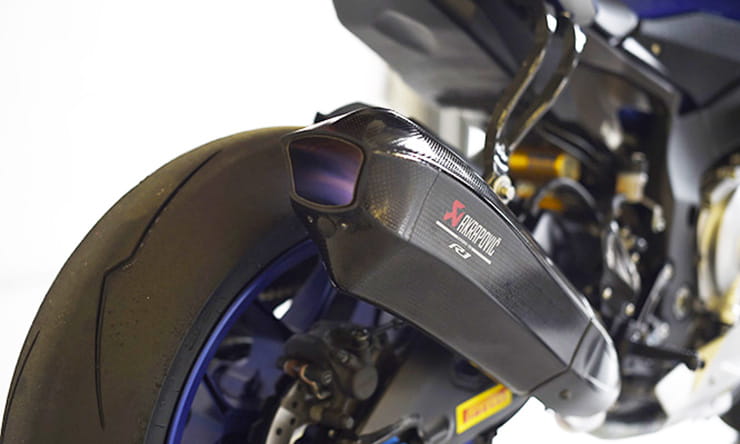 Because of the difficulty in making it a prosecutable offence, Mr Hollingbery went on to say in his letter that an alternative solution is to make the affected routes less attractive to ride on a motorcycle by installing things like average speed cameras and other traffic calming measures. And to create a coalition of interested parties including C.A.N.S. the National Park Authority, local councils, Police, ramblers, cyclists, horse riders and fishing organisations to all argue the case.

So here’s the question. Do you really care about making your motorcycle more noisy? Your bike comes fitted with a perfectly satisfactory, fully-functioning exhaust system that clever engineers have designed to be clean, quiet and, if you ride a modern bike over 600cc, it already makes at least 30 per cent more power than you will ever use on the road.

If you choose to fit a louder pipe you will go no faster, impress far fewer leather-clad men than a few years ago and be almost-certainly contributing to the justification for traffic calming measures, more average speed cameras on our favourite biking roads and, worse-case-scenario, giving the authorities even more ammunition to legislate us off the roads.

Let’s be honest here. No one in the last 13 years (since Euro 3 introduced enormous catalytic convertors that made end cans ineffective) fitted an aftermarket pipe to their road bike because they genuinely need the extra dribble of horsepower it might give. This is all about some kind of need to display a primal, aural erection to our fellow citizens. We made our point, the villagers of Hampshire are suitably afraid and in awe of our butchness and Mad Max fantasies, can we please move on now?

And for those who still proclaim that ‘loud pipes save lives’. That might be true, but the same argument could be made for Hi-Viz clothing. There is not a single motorcyclist out there that ever...ever… bought a loud exhaust purely because it made their bike safer. Maybe we should amend the law so you can only fit a race pipe if you also wear the compulsory day-glo ‘Polite’ vest too.

Or perhaps we could just start to act our age and think about protecting our ability to do this thing that gives us so much pleasure.