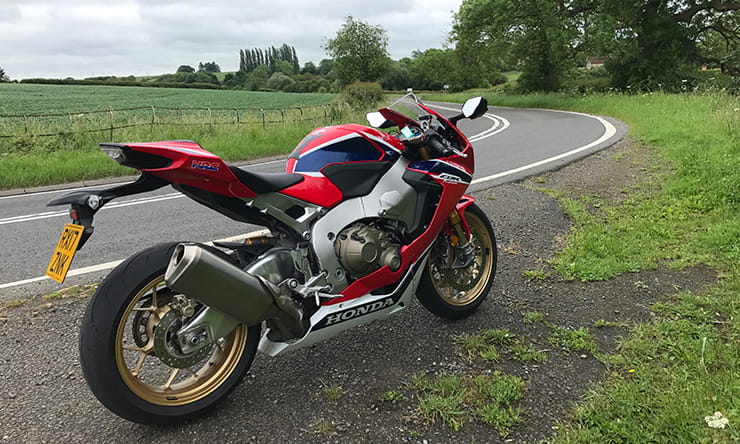 An unfair question for me because I’m so in love with motorcycling that the best bike in the world is usually the last one I rode. Honda’s 2017 Fireblade SP is pretty special – a top-end, limited edition race replica has the same assured confidence as my old RC30 and is easier to ride fast (or slow) than any other sports bike I’ve come across. Loved it.

Yamaha’s new R6 was the opposite. Brash, noisy, angry and very focussed. But so much fun on the right day, in the right mood. The bike I chose to ride most of the year was a BMW R1200RS because I wanted something that did everything well, every time and it did. Rarely an emotional relationship, but I miss it.

The one I can’t stop talking about is the Yamaha Tricity three-wheeled scooter that I rode last week. Because it adds so much extra confidence and grip but still behaves like a motorcycle…only better. The Tricity moves motorcycling on in a way that nothing else has for a long time and it gives us a flavour of what the Niken 850, coming in 2018 will feel like.

A long day in August, taking the long way to Scotland. Stopping whenever I fancied, exploring the rippled route through the Pennines, Northumberland and the Borders on a BMW R1200RS that took it all in its stride, carried me and my luggage, in comfort and then turned into a sports bike, at the end of the day on the awesome A83.

A special mention goes to the 106 mile round trip I do every day to the BikeSocial office and back. Commuting by bike – any bike - makes every day better and the further you ride, the better it gets. 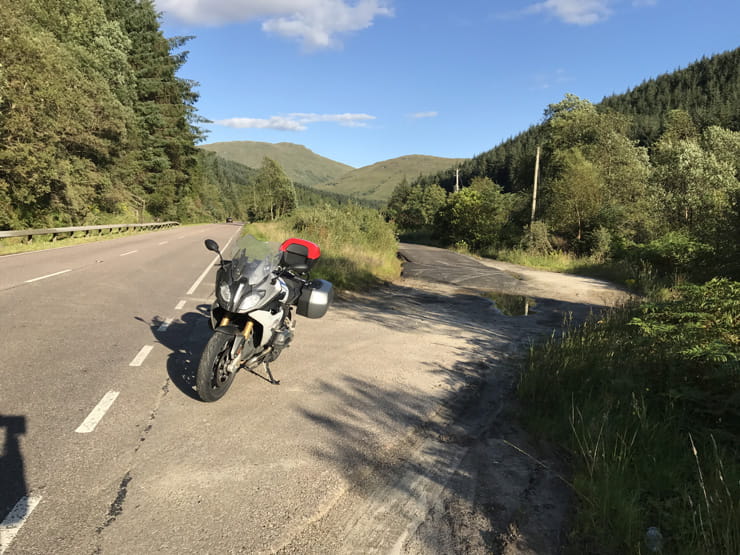 Putting a bunch of people who’d never been on a bike on the pillion seat with John and Kane and watching the video of their faces afterwards. A few, brilliant minutes of footage that sums up everything that biking means - Watch the film below.

How does it feel to experience motorcycling for the very first time? | BikeSocial

MotoGP, Phillip Island, watching the world’s best racers turn bike racing into ballet and cage fighting. Twelve hours earlier Huddersfield Town had beaten Manchester United and we might have celebrated a little too much and too long. So I somehow found myself watching MotoGP live in the middle of the night. Forty minutes of compelling TV viewed through a cocktail of Newkie Brown and adrenaline. I can’t remember who won (Marquez?), only that on the rostrum they were comparing rubber on shoulders. Brilliant 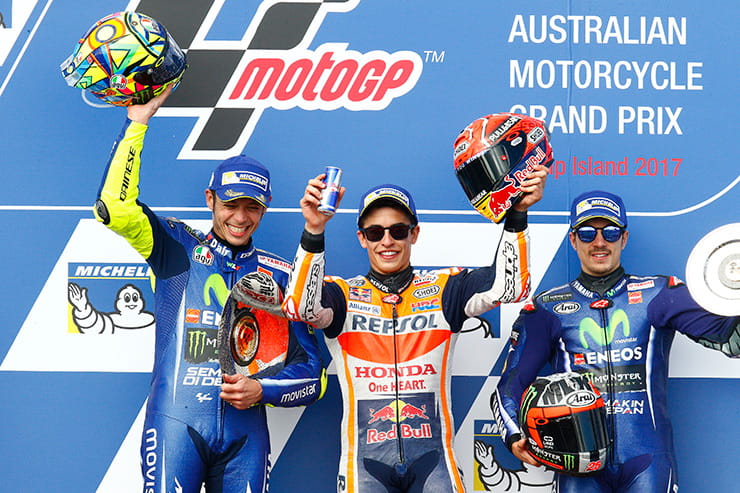 Pick any point of the two-day off road course I did at Moto-Scotland in Inveraray. Out of my comfort zone, facing, muddy climbs, rocky descents and all manner of other stuff not designed to be crossed by motorcycle. Instructor Clive made it look easy and convinced us that we could too. He was right and, with hindsight, I loved it. But at the time, I was apprehensive on a bike for the first time in years. 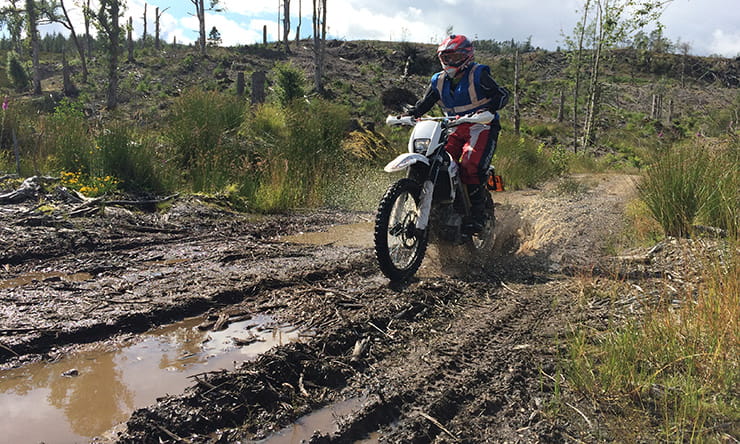 Kriega R25 rucksack. A toss up between this and my Shoei NXR. The Kriega wins because in the 12 years since I ‘borrowed’ it from a colleague I’ve used it every single day, rain or shine for carrying computers, sandwiches, spare bike kit and anything else that can be crammed inside.

Small enough to be used on any bike day-to-day, but with three useful pockets to keep sandwiches, laptops and greasy components separate. Kriega’s Quad-lock system distributes the weight evenly reducing backaches on long journeys. In all that time, nothing has broken – not one thing. After what I estimate to be around 150,000 miles, the fasteners still work perfectly, zips ditto and there are no holes in the material anywhere. Every other motorcycle rucksack I’ve used has fallen apart in a couple of years, this one just keeps going despite never being cleaned or looked after in any way.

It’s not waterproof because the top zip is exposed, but I’ve known this for 11 years and 364 days so wrap everything inside accordingly. Kriega also make roll-top rucksacks that are waterproof.

Getting nicked by the same set of average speed cameras twice in six weeks. The first time was stupid – I didn’t see that the first two were rear-facing. The second time was just dumb. I needed to get past a scary driver ahead, weaving around like a drunk, so made a swift overtake of him and a few other cars. Which was enough to average 68mph in a 60mph limit for the half mile between the two cameras.

Yamaha’s three-wheeled Niken, no question. It fascinated me before I rode the Tricity scooter and now, I just can’t wait to get on it. 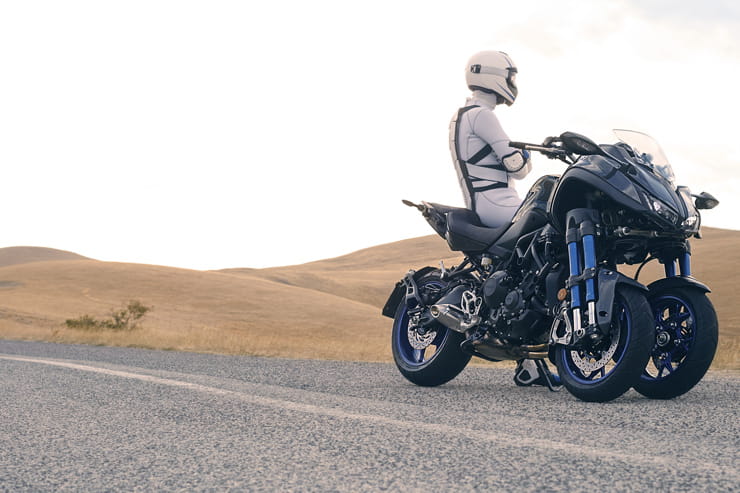 The North Coast 500 in Scotland is my kind of trip. Big scenery, challenging roads, suitable for any kind of bike. I want to ride it next year on something funky. Maybe an old MZ two stroke, maybe my TDR250, maybe something with a sidecar. Maybe we’ll make it a social event, anyone else fancy it? 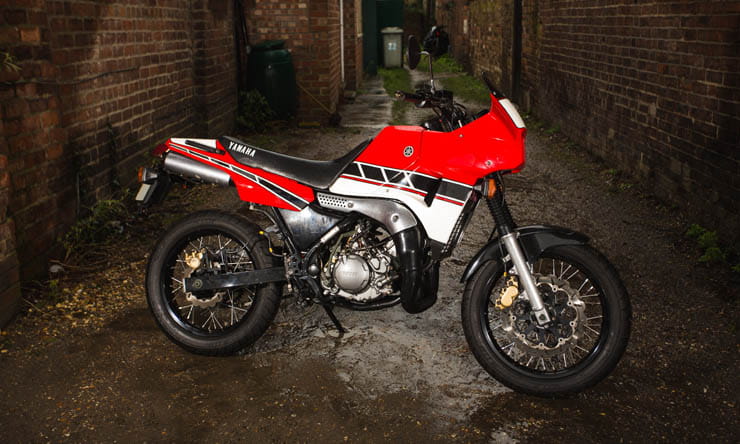 Sorry, there are too many. At least three a week. From crazy Harris specials to old Lambrettas and a whole host of FireBlades, Fazers and BMW GSs and many, many more. 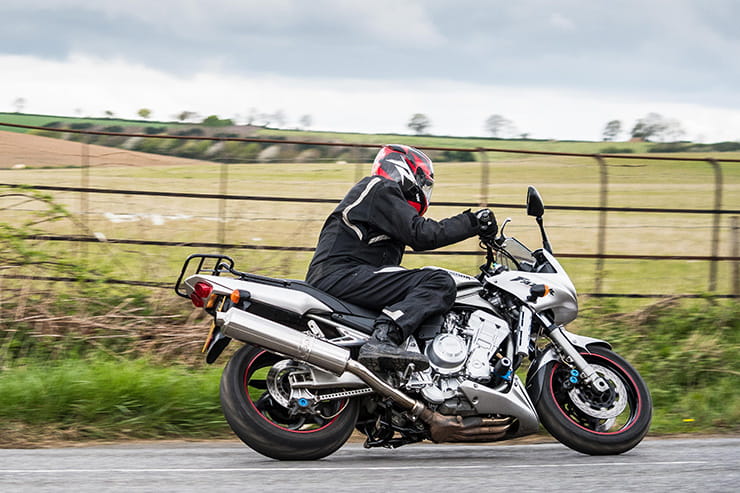