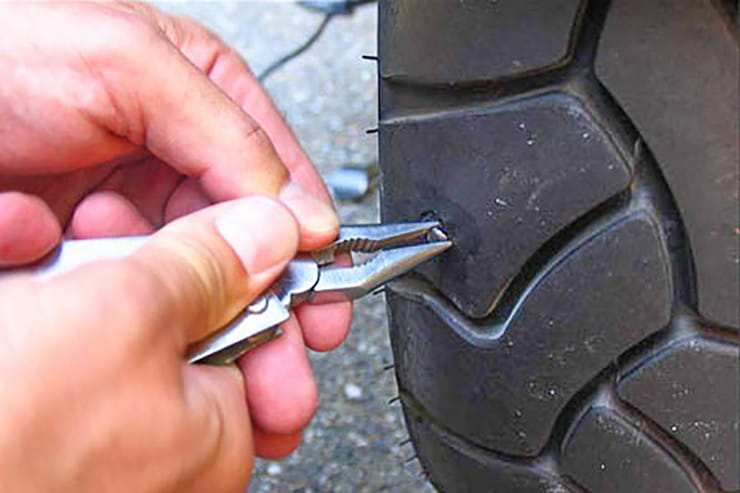 Your first puncture tends to be the worst for two reasons:

The result of these two is, at its absolute best, a tedious wait by the side of the road while a mate with a van comes and picks you up. But it could be a lot, lot worse.

Ride too long with a puncture and the tyre will eventually deflate completely, making your bike almost impossible to steer. And even if you manage not to crash (which does happen) the tyre may be unrepairable because the heat build-up has trashed it. 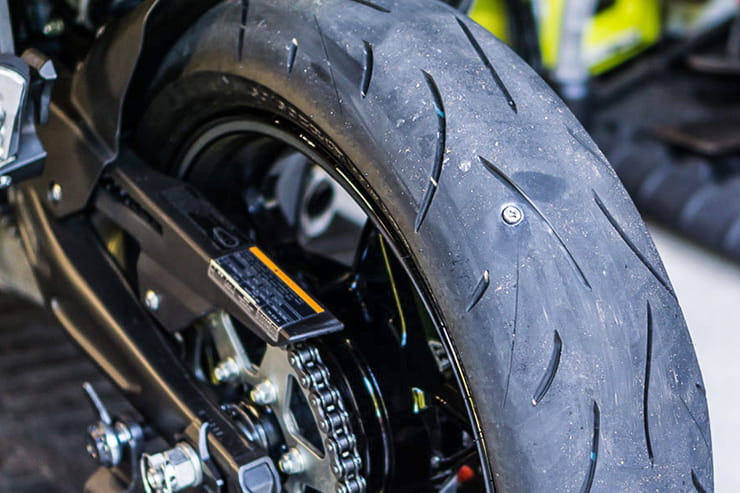 So, how to cope with your first puncture? Simple. Just follow these steps, which apply to tubeless tyres (i.e. most of them – tubed tyres are now only used on classics and the occasional spoked modern bike): 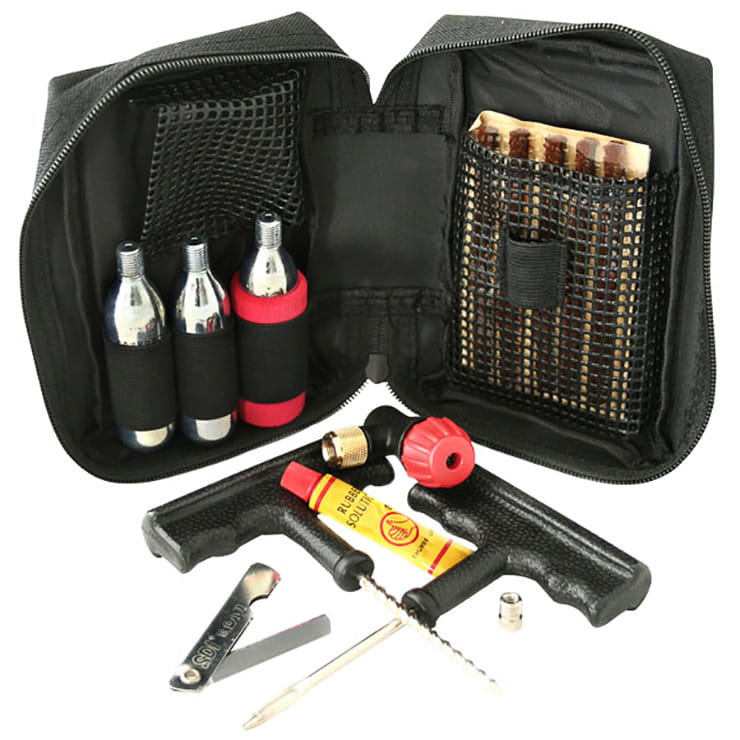 What about the cans of glue that you spray into the tyre?

They’re better than nothing but we don’t like them. Yes, they’re marginally quicker than using a plug kit, but they’re not as secure, can wreck valves and mean a permanent repair often isn’t possible.

Can I prevent punctures?

Sort of. In our experience, most punctures happen to worn tyres, so if you’re running down to the last mm of tread you’re more likely to get one. Also, by examining your tyres regularly, you can spot screws, nails etc. before they seriously deflate the tyre. Fixing a puncture in your garage or at work is generally preferably to doing it by the A14. There are gloops which you squirt in the tyre and which claim to fix punctures as they happen, but we’re not keen. We don’t fancy the idea of thrashing down an autobahn unaware that your tyre has three punctures and might well go pop. Plus they knacker valves.