How to ride a motorbike in strong winds 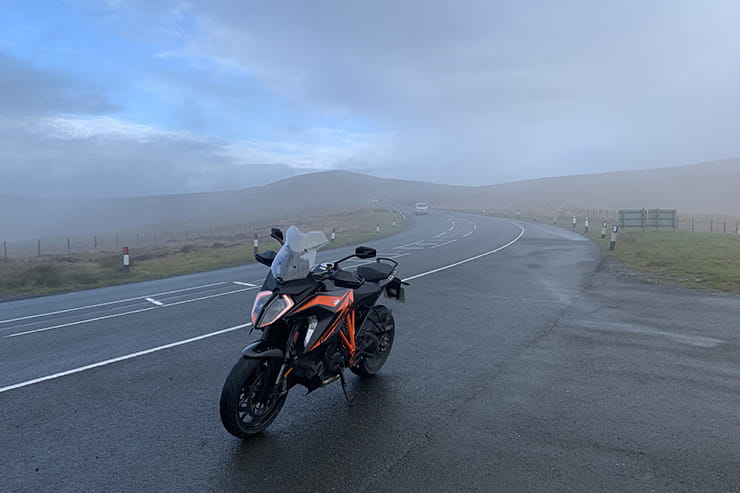 How to ride in strong winds

Riding a motorcycle in strong winds can be terrifying. A gust, coming from out of nowhere suddenly knocks you sideways towards the traffic in the next lane. It feels like there’s nothing you can do. Thankfully, there are tactics that make a difference. There is no official manual for riding a motorcycle in strong winds, but, if you live in a country like Britain, regularly battered from the west and have a journey that goes north to south, you soon work out a few handy hints. BikeSocial’s editorial team have a combined 113 winters of riding under their wheels, many of them have been north to south and all have been windy at some point. Here’s what we’ve learned.

Mostly, the worst of the winds in the UK come from the west. So it helps if you can visualise your journey on a map. Understand which of the roads you’ll be riding run north to south, where you’ll be worst affected by sidewinds. Where does it bend around to the west or east and you’ll have the wind ahead of or behind you?

If the forecast is for severe gales, are there alternative routes you can use with less risk? For example, last week the UK was hit by Storm Brendan. I had a 153 mile journey from the BikeSocial office in Peterborough, south to my house near Brighton. Normally I go south east on the M11, M25 and Dartford Bridge, but the forecast for 50mph south-westerly gales meant I’d be blown sideways for most of it. So, I took the alternate route down the M1 and the Heathrow side of the M25. Same distance, but busier (why I usually avoid it) and, on this occasion riding straight into the south westerly headwind, which was safer and more manageable.

If you’ve ever played with a gyroscope or spinning-top you’ll know how you can knock them off course, but they carry on spinning and always stay upright. Your bike is the same. An enormous gust of wind can knock you a foot or two sideways, but unless you’re unlucky enough to hit something or panic and lock the brakes, you’ll keep going and stay upright. The secret to making it easier is knowing what to do and learning where the gusts are most likely to come from. 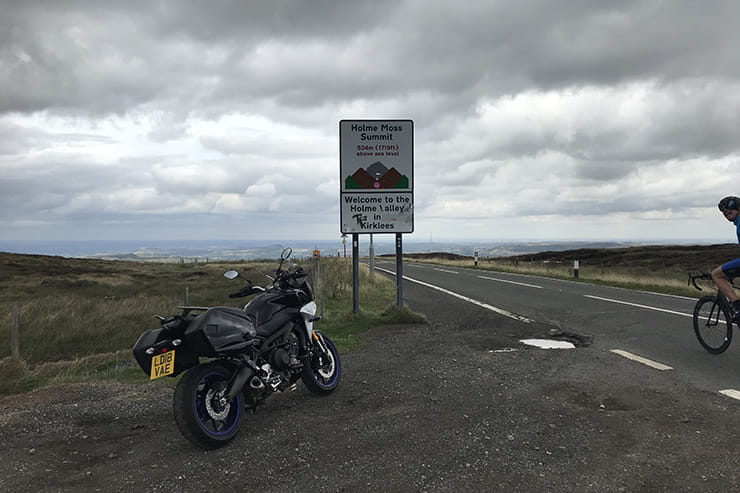 Holme Moss in Yorkshire is not lowland. Expect winds (and gravy)

Riding in lowland open countryside is relatively easy even in the strongest winds. Out here the gusts are relatively consistent. You’ll look weird from the car behind as you permanently lean ten degrees to the left or right, but in the saddle you’ll be feeling mostly fine.

Watch out for hills or even shallow rises on either side. These can form a channel for sidewinds to blow through and that’s where the sudden and sharpest gusts come from. On a regular journey you’ll soon get to know where the blackspots are, but with experience you can spot them on a new road too. Unless you’re in tornado country most winds behave consistently – they gust. It’s when those gusts are sudden that we get caught out.

You do this already, right? But in strong winds it can be even more important. Looking into the far distance not only gives you an idea of gusting hotspots (see above) , but also let’s you see the lorry about to topple over or the broken tree branches  or the cyclist being blown across the road in plenty of time to react.

Most bikes are ok in strong winds. Full fairings, panniers and tall screens present a larger area to the wind and can make things a bit more wobbly, but generally a sports bike, naked, tourer or adventure bike will behave predictably in strong sidewinds. One class of bike can cause problems though. If you have one of the mega sports tourers – a Honda Blackbird, Kawasaki ZZ-R1100/1200 or Suzuki Hayabusa etc, you might find them a bit more sensitive to strong crosswinds. It’s something about the ‘top-speed-at-all-costs’ aero-styling on these hyper bikes; there’s not much gap between the top fairing and the front mudguard and this causes problems in sidewinds. 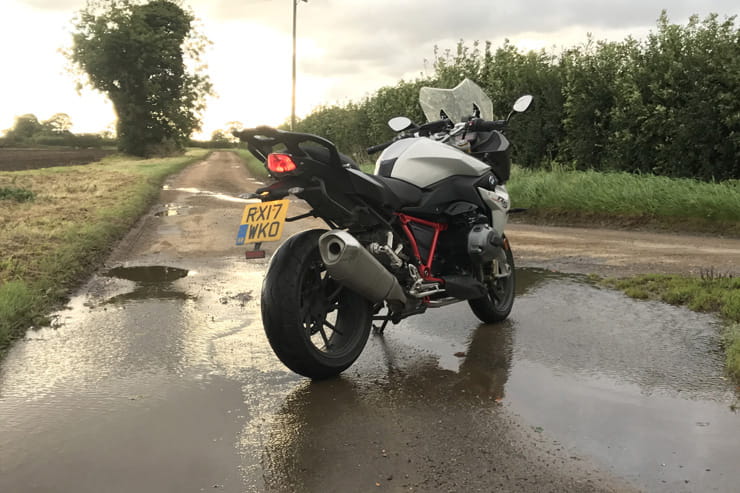 Manufacturers spend a lot of time developing effective aerodynamics. Some do crosswinds better than others

Overtake at an angle

One of the challenges in strong winds is the bow wave of wind that comes off a truck ad knocks you sideways when you pass. Two things help here. Firstly, if you can on a motorway, try and leave a lane between you and the truck so you’re at the outer edge of the aero-wave. Secondly, as you make the overtake, turn in towards the truck so you actually pass it at a slight angle. This way you don’t present a flat side to the windblast and the bike feels more stable.

When a gust of wind blows you sideways, don’t shut the throttle sharply or brake. Instead, keep a steady throttle (some riders even open it slightly and accelerate into the gust if the traffic allows that option) and steer into the wind. In other words, if the gust is coming from the left, push gently on the right-hand bar. This counter steers the bike. If you were in a left- hand corner with the bike leaning over, doing this would start to lift the bike up and, in crosswinds it will have the same effect.

Not all riders do this or agree it’s a good thing – like we said up top, there’s no manual, surviving sidewinds is as much about what feels good for you as what actually works.

Use other vehicles as protection

If you’re approaching an area where you know there will be strong gusts, try and get alongside a taller vehicle with the truck between you and the wind direction. Don’t forget to leave some room – the driver of an articulated lorry in 60mph sidewinds might need a few extra feet to play with. 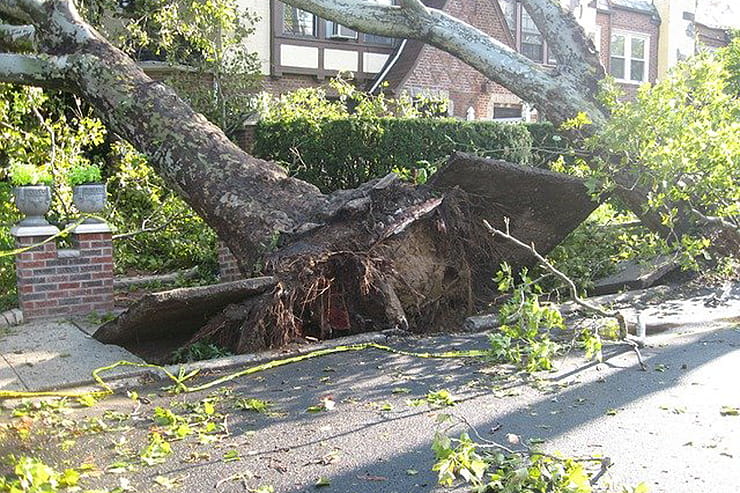 The tree is someone else’s worry, it’s the debris on the road that’ll catch you out

Watch out for debris

Branches, bodywork from cars that have hit branches, chimney pots and lorries veering across the road or almost blowing over. I saw all the above on my ride through Storm Brendan last week. Be alert.

Easy to say, I know, but riding with a relaxed grip on the bars lessens the impact of the strong gusts. You’ll still get blown sideways, but will recover quicker and feel more in control.