How to change gears on a motorcycle 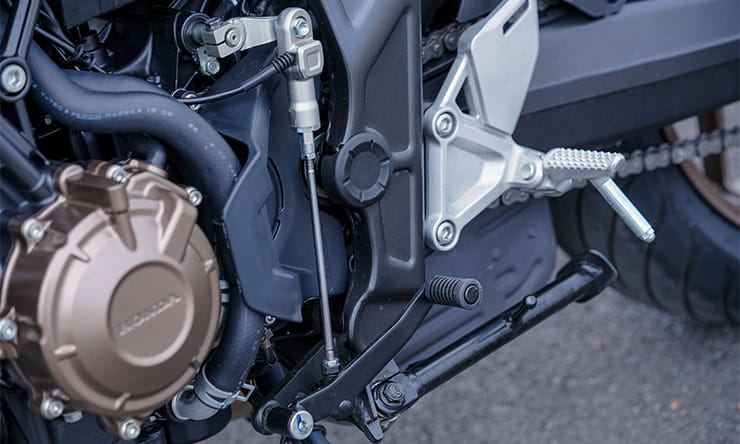 Even though the majority of modern-day cars come with automatic gearboxes, nearly every motorbike has a manual gearbox. Here, we dissect the art of changing gear using the clutch and gearshift.

It’s all about hand, foot and eye coordination.

How to change gears on a motorbike

The process is to change gear when your speed tells you and is actioned by using the coordination of both hands (right for throttle and left for clutch) with your left foot for the gear lever and of course keeping your eyes on the road ahead instead of looking down at the controls.

Imagine you’re moving off from a standstill - you’ve clicked down to engage first gear, twisted the throttle back to build enough revs to release the clutch fully and begin your momentum. Then what? You’re going to need second gear to continue accelerating, and it’ll be needed pretty quickly too. After a bit of practice, the following steps can all take place within a split-second but first make sure the actions are gentle to begin with until you’re familiar with the bike and its reactions: 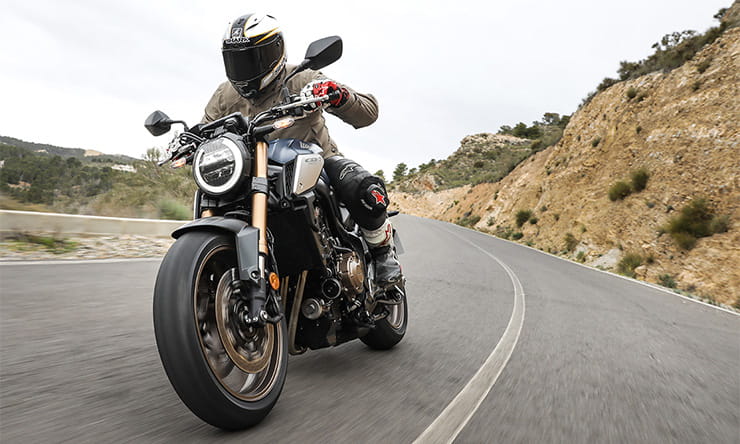 How to change UP gears (accelerating)

Step 1: Release the resistance from the throttle. Not necessarily rolling off completely

Step 2: Pull the clutch lever in

Step 3: Hooking your left foot under the gear lever so it’s resting on the top of your big toe, click it up – you’ll feel the next gear engage

Step 5: …pulling back gently on the throttle 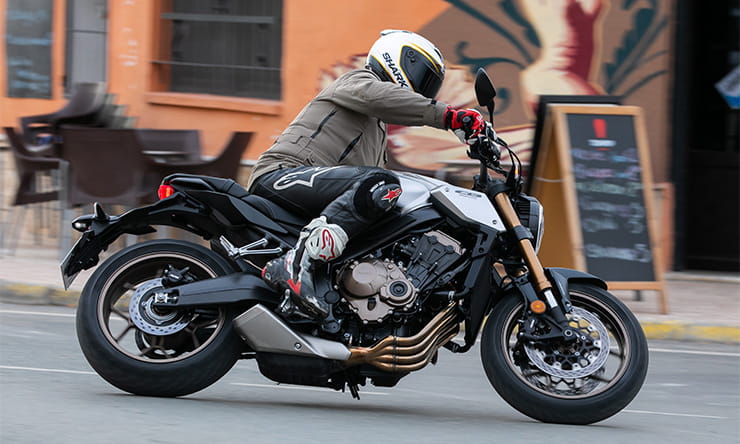 How to change DOWN gears (decelerating)

Step 1: Roll off the throttle

Step 2: If you need to slow at a greater rate, squeeze the front brake lever

Step 3: Pull the clutch lever in

Step 4: Placing the ball of your foot on the gear lever, push down and feel the gear engage

Step 5: Release the clutch unless you are at walking pace or stationary while still in gear

When to shift gears on a motorcycle, at what rpm?

When accelerating, especially in a low gear, a bike will quickly reach peak torque, which is when the maximum amount of thrust from the engine is available, usually around 75 - 90% of the total revs (rpm). If you didn’t change gear and carried on accelerating, you’d reach peak revs and the bike would stop accelerating. So, you require the next higher gear to continue the rate of acceleration. The same when decelerating; as you brake for a junction, roundabout, traffic lights, for instance, you can change down the gears to help the engine braking but also so you are then ready to accelerate away. 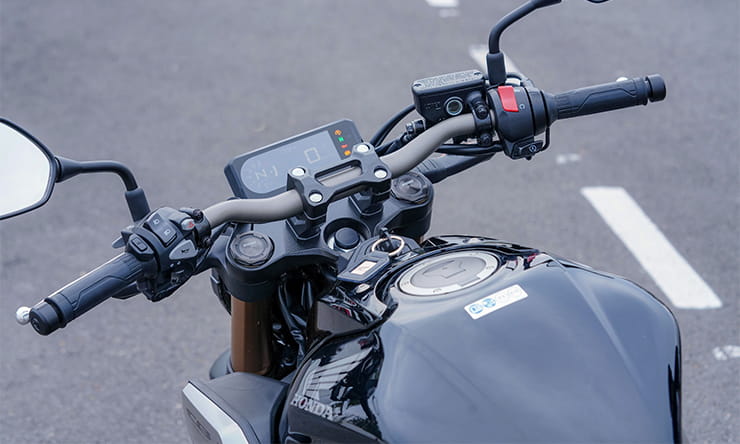 - Remember, neutral (i.e. no gear) is between first and second gear either going up the gearbox or back down, so your input between these gears needs to be quite direct so as not to catch neutral.

- You don’t have to change one gear at a time, so long as the clutch lever is pulled in you can up or down-shift by as many as you want, just remember to match the revs accordingly

- The higher the gear, the longer the gap between gear changes, i.e. when continuously accelerating you won’t need first gear for long

- Don't worry if you miss a gear, modern gear boxes are robust.

- When buying motorcycle boots check size of top of boot. Does it fit nicely under your gear lever? You need to be able to feel the lever.

When to shift gears on a motorcycle and at what speed?

Shifting gears on a motorbike