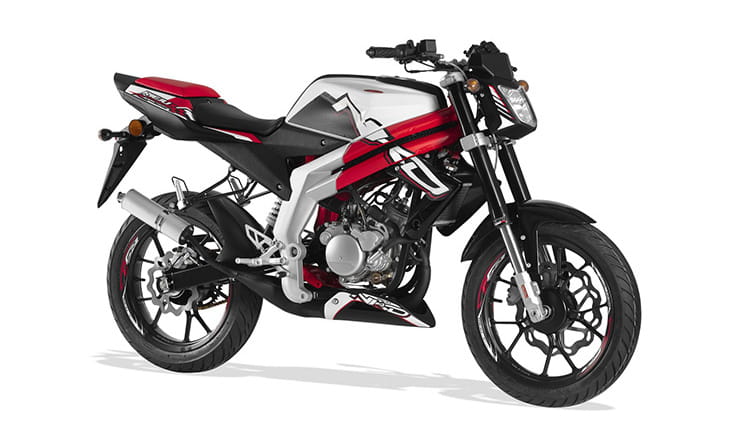 There’s been a long tradition of starting out in motorcycling at 16 and the same is still true today. And although many choose to wait until the age of 17 for the larger, more exciting choice of 125cc machines you’re then eligible for, there’s still a decent choice available of 50cc/30mph restricted machines 16-year-olds, under the current AM licence restriction, are eligible for.

So, whether you’re after a sexy sportster, a saucy supermoto, a fashionable hipster-style retro or simply a straightforward and affordable roadster as a start to your life on two wheels, now’s the time to put away the PS4, switch off Netflix, ignore Instachat and do something far cooler and more exciting instead.

To help you here’s our latest, updated choice of the 10 best 50cc machines around… summarised in ascending price order: 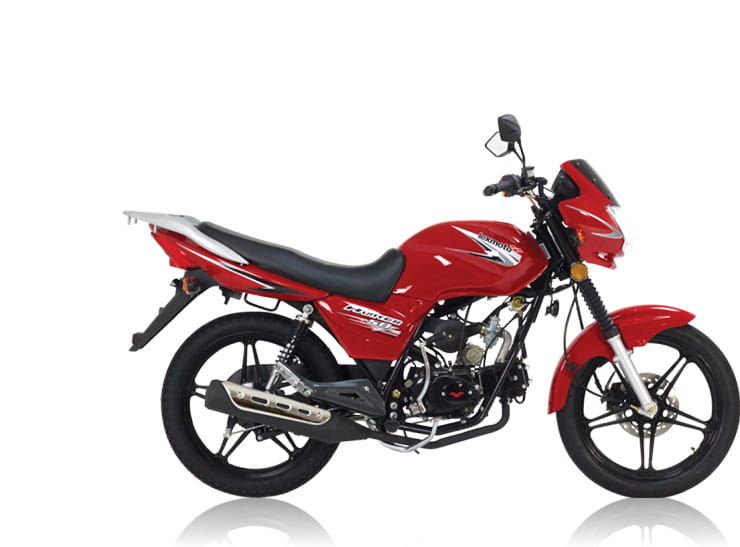 Lexmoto are a British-based brand who have become impressively successful through offering a range of Chinese-built lightweights and scooters but to their own specifications and style. The Hunter 50 is its entry-level model and is a very straightforward, air-cooled, four-stroke roadster albeit with a useful gear indicator, fuel gauge, luggage rack and centre stand. But what it lacks in style it more than makes up for in value. 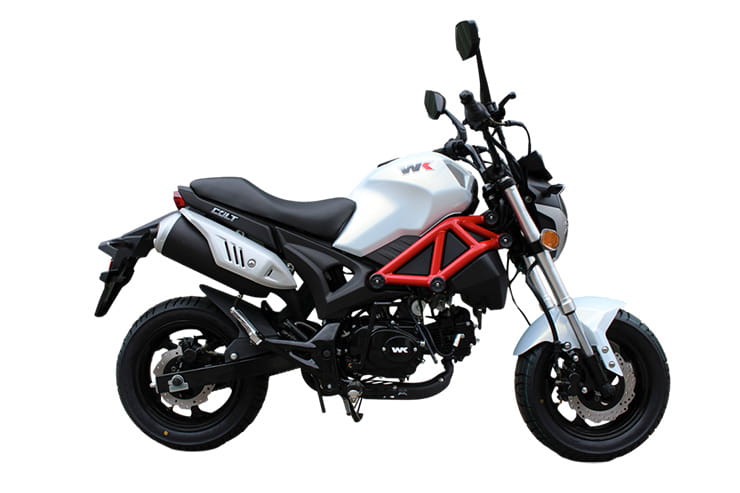 New in 2017 is this Colt 50 from Chinese manufacturer WK Bikes – and if it looks familiar, we’re not at all surprised. Clearly inspired by Honda’s hugely popular Grom/MSX125 monkey bike, the Colt is an ultra-cute, easy to ride minibike powered by an air-cooled four-stroke engine and with a tubular lattice-style frame and an LCD dash. Not much good, admittedly, over any sort of distance and without the Honda’s quality and detail but it is temptingly cheap. 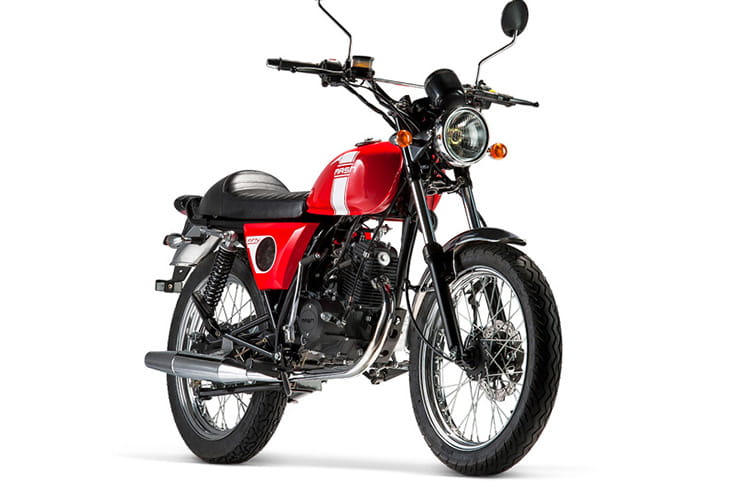 French firm Mash is one of the leading examples of a new wave of fashionable European brands that import affordable, Chinese-built lightweights but with currently trendy, retro British styling. The Fifty 50 is its cheapest 50 and features a basic, air-cooled, single cylinder four-stroke engine, four-speed manual gearbox and big 18” wheels that give it some big bike presence. Not particularly dynamic or cutting edge in any way it’s at least cute and affordable. 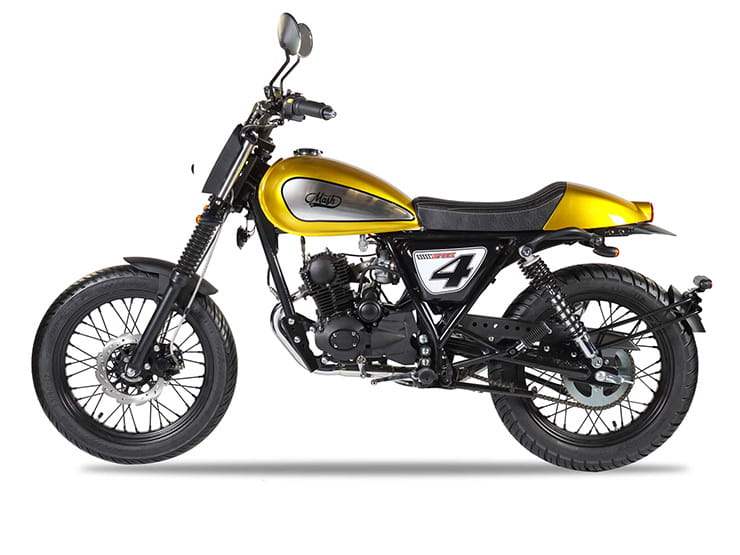 Mash’s latest addition is about as cool looking and fashionable as 50cc bikes get and proves that, while at 16 you may be restricted to 30mph performance you certainly don’t have to compromise on style. With flat track styling that reminds of Ducati’s Scrambler, the Dirt Track has an air-cooled four-stroke engine and twin shock chassis that suits the look perfectly, a centre stand, wire wheels wrapped in chunky tyres and even a USB port in its digital display to recharge said 16-year-old’s all-important phone. 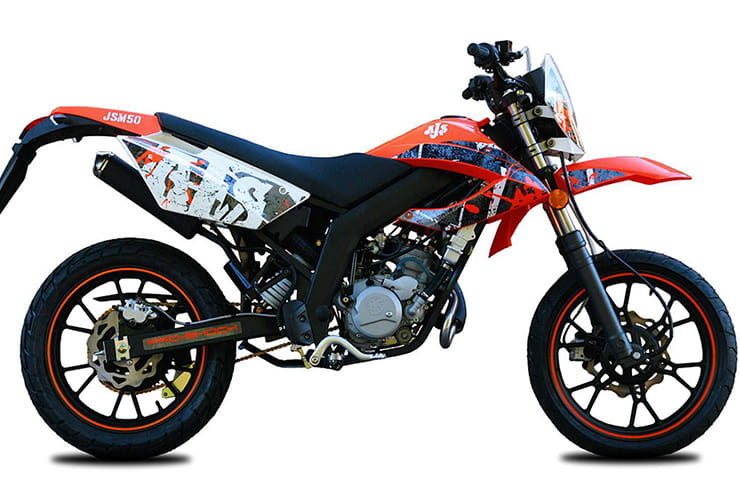 Historic British brand AJS may no longer be making in the UK world-beating sports bikes – those days are long gone. Instead, in a similar vein to Mash and WK, it offers a range of fairly basic, Chinese-built lightweights with, usually, retro British styling. Its 50cc offering, however, is a sporty, two-stroke-powered supermoto with a six-speed gearbox and bags of lurid style and all for a decent price. 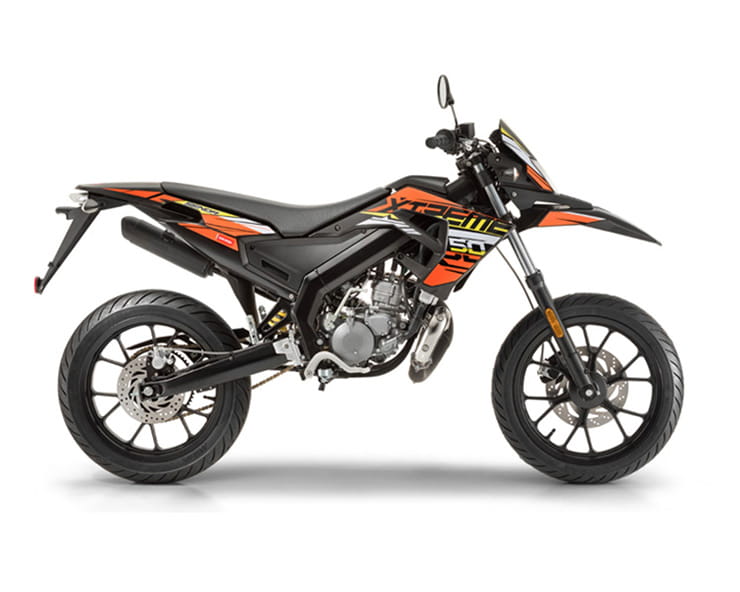 Like its compatriot Rieju, Spanish firm Derbi has a long history for racy lightweights, whether that be sports bikes, trailies or supermotos and the same is still true today. Now under Italian Piaggio ownership (who also own Aprilia), its machines are as racy as ever although now sharing many parts with its Aprilia stablemate. The Senda X-Treme 50 is its 50cc supermoto complete with twin spar frame, two-stroke engine and delicious styling. And if all that’s not enough, a ‘Racing’ version also comes with 41mm inverted forks, racier graphics etc for £200 more. 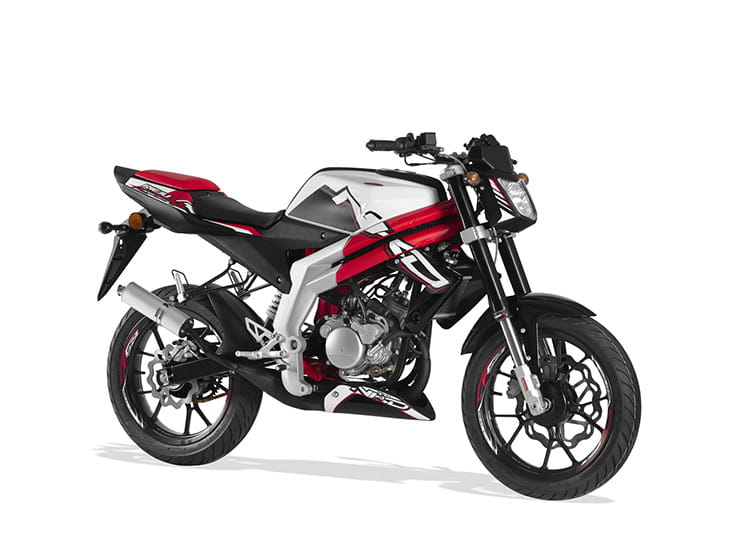 As is the norm with bigger sports bikes, Spanish firm Rieju also makes a ‘naked’ version of its RS3 50cc sportster called the ‘NKD’. Featuring the same Yamaha-Minerelli 50cc engine and six-speed gearbox, along with much of its chassis, the NKD is not only usefully cheaper than its sports sibling it’s actually more novice-friendly as well by being more upright and manageable – something not to be taken lightly when you’re starting out on two wheels. 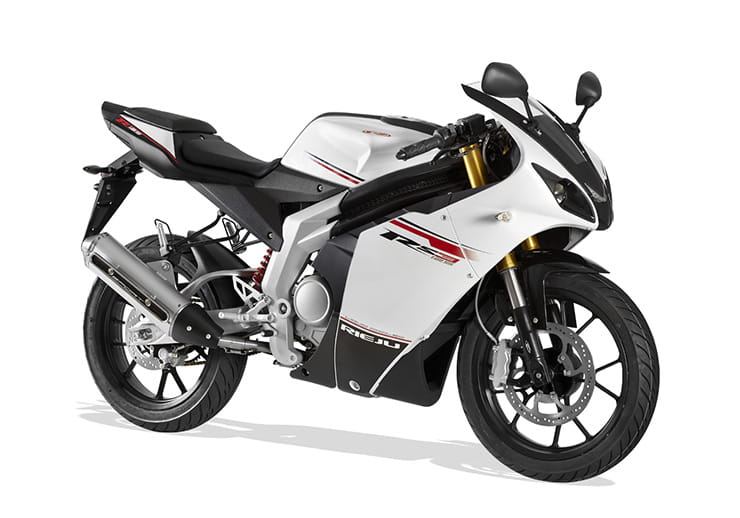 Proof that if you want a sporty, geared 50ccc bike you don’t have to sell a kidney to get an Aprilia. Spanish firm Rieju are reknown for their sporty lightweights (it’s no coincidence smaller class bikesport is dominated by Spain) with their RS3 it’s latest offering. Along with the racy looks there’s a two-stroke, liquid cooled, Yamaha-Minarelli motor, Showa inverted forks and lots of nice details. Not quite an Aprilia, maybe, but at £3499, it’s very tempting. 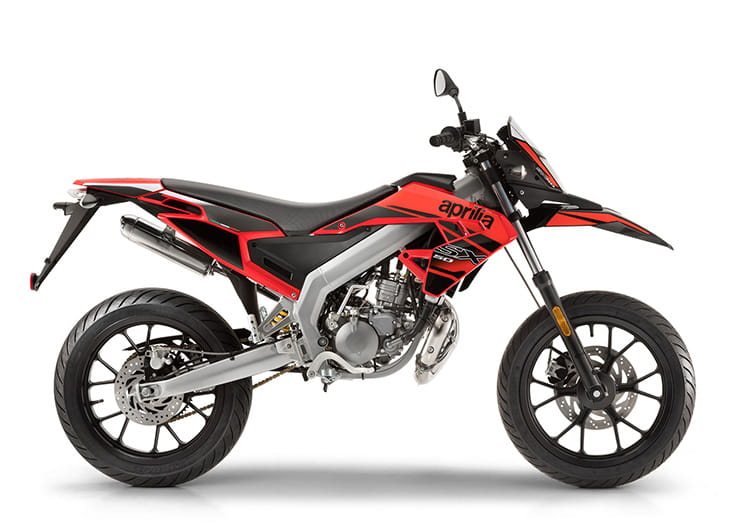 Next to sportsbikes, nothing whets the whistle of a bike-mad teen more than a supermoto so, naturally enough, Aprilia more than please here, as well. Its SX50 is the epitome of the breed – ie an upright motocrosser but with street wheels, tyres, brakes and so on – but based on the same high specification rolling chassis as its RS 50 brother. That means the SX has an identical twin-spar aluminium frame and liquid-cooled two-stroke, single-cylinder engine, but with longer travel, conventional, Marzocchi forks at the front. Again, the SX doesn’t come cheap, but supermoto 50s don’t get any more alluring. 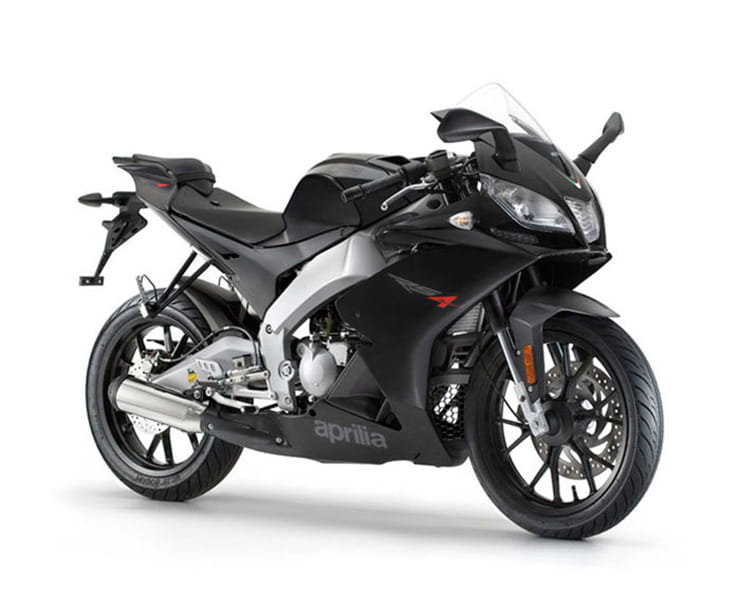 Italian experts Aprilia are the unquestioned kings when it comes to 16-er sports bikes and the RS 50 is its latest and greatest. In short, the RS has it all: a proper aluminium twin spar frame; inverted forks along with a monoshock rear; liquid-cooled two-stroke engine and all clothed in racy bodywork you’d easily mistake for that of its RSV4 superbike big brother. Of course, all that doesn’t come cheap and it isn’t, but sports 16-ers don’t get any more desirable.